Browsing through the many vendors available at flea markets across the county, shoppers can expect to see many items ranging from plants, used clothing and food.

However, thanks to a local animal rights group, shoppers will soon no longer see vendors selling a signature item at flea markets in Alton: animals. 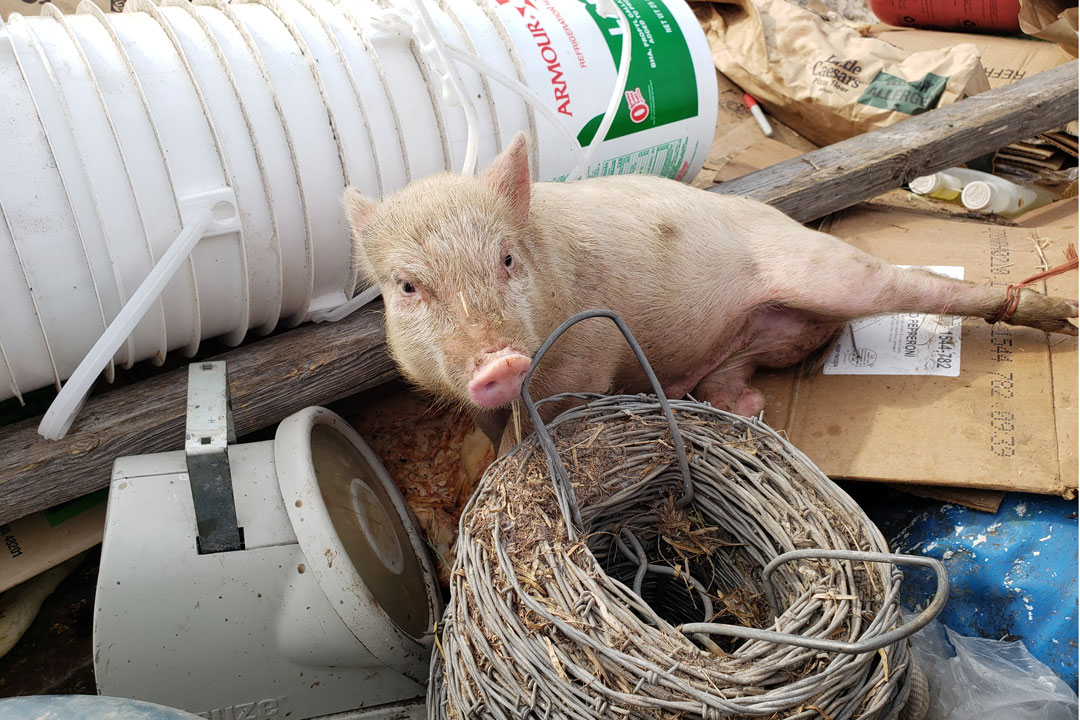 During a city commission meeting last month, members of the Mission-based organization Paws for a Cause discussed the need for Alton to ban the sale of animals at flea markets and along the side of the road.

“The RGV has a huge overpopulation problem with pets. To sell them on flea markets and on the side of the road encourages breeding,” Lisa Larson, a McAllen resident and member at PAWS told commissioners. “Texas and California lead the nation in the euthanization of dogs and cats. Palm Valley Animal Shelter in Edinburg euthanizes up to 100 animals per week. In 2012, Texas implemented the dog or cat breeders act that states that those who sell up to 20 dogs and cats a year must have a license. When I went to Ochoa’s Flea Market in Alton, there was a man selling miniature schnauzers for $200 each. I seriously doubt this guy had a license for that.”

“What worries me more is the mothers they are using for breeding purposes and what conditions they are in,” Larson said. “We encourage you to get an ordinance in Alton that prohibits this sale.”

NEW ORDINANCE
Due to comments from Larson and four other members who spoke at the meeting, Alton planning Director Cristina Garcia announced Tuesday that the city will discuss and possibly vote on a new ordinance banning the unlicensed sales of animals within city limits at the next city commission meeting scheduled for Tuesday, Nov. 12.

The ordinance, she said, is similar to one passed in the city of Alamo last month to prevent the sales of animals within city limits, including at their flea markets.

People violating this ordinance can face a fine of up to $500.

“This ordinance would prohibit people from selling animals without a license or paperwork, no one can randomly go to the flea market and sell animals anymore,” Garcia said, adding that the city’s code enforcement office will go out to the community to educate people on the new ordinance before making the ban effective.

Currently, Alton has an ordinance preventing the sale of items along the side of the roads which includes animals.
“We were looking at a new ordinance like this already but weren’t prioritizing it because commissioners were satisfied at first with the no sales along the roadways ordinance,” Garcia said. “But since we had a good amount of people from the public who showed up at that meeting, it raised concerns with the mayor and commission to do something.”

ENFORCEMENT
Garcia said that due to the city having just one code enforcement officer who doesn’t work on the weekends, it is difficult for the city to enforce the sale of animals along the roadways or to respond to complaints from the public of the sales of animals at flea markets.

While one of the puppy vendors said her puppies-a chihuahua pomeranian mix-were unvaccinated, she said she was recommending to people to take their newly purchased animal to a nearby vendor who was selling $15 vaccinations and boosters for dogs so pet owners could inject the puppies themselves.

This type of business, Garcia warned, could be dangerous.

“You don’t know the conditions of the animal when you purchase it at a flea market or on the side of the road,” Garcia said. “If the citizens are going to spend money on an animal or pet, you want to make sure it has its vaccinations, its paperwork and things like that, especially if it’s sick. It’s a legitimate concern.”

Some vendors, Garcia said, end up selling animals right outside of city limits along the county line where Alton can’t enforce their ordinances, and the county has a hard time responding to concerns of animal sales.

These type of sales, Paws for a Cause member Mimi Reyes said, are what the group hopes to abolish all over the county.

“The reason this happens is they don’t have a voice, they are seen as property,” Reyes said of the conditions of the animals. “We saw a need and came forward to do something about it. When people get warned about their animals, they dump them outdoors or at a shelter instead of changing their ways. The people need to start getting fined; until it starts hurting their pockets and freedom or nothing is ever going to change. Animals will continue dying and getting dumped. They’re the ones suffering the consequences.”