A former pastor at Palm Valley Church is running for Congress — again. 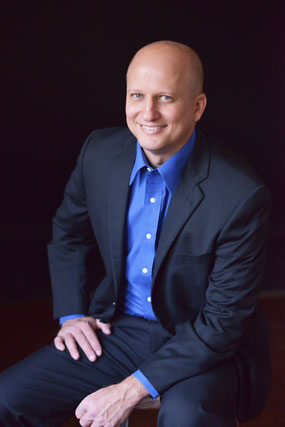 In 2017, when U.S. Rep. Lamar Smith, R-San Antonio, announced he wouldn’t run for re-election, Krause and 17 other Republicans started jockeying for the job.

The 21st Congressional District, which Smith represented for more than 30 years, included rural areas northwest of San Antonio and a strip that followed I-35 from San Antonio to Austin.

Krause won just 3.2 percent of nearly 72,000 ballots cast during the March 2018 Republican Party primary, according to results published by the Texas Secretary of State’s Office.

“Chip Roy, who won that contest, is a good friend of mine at this point,” Krause said. “And so it was very good experience for me. But now I came back to my roots, which is where I wanted to run originally anyway.”

Krause filed a statement of candidacy with the Federal Election Commission in September, announcing he would run for the 15th Congressional District in 2020.

“I have very, very strong integrity. So I can’t say: ‘Yes, I live in this district,’” Krause said. “Because my main house, where I primarily live, is in New Braunfels. Just outside of the district. Part of New Braunfels is in the district, and I live right outside the line.”

Krause owns a home on the 900 block of West Mill Street in New Braunfels, which is located in the 35th Congressional District. He also rents a home in Mission.

The March 2020 primary will pit Krause against several Republicans candidates, including Tim Westley, who won the Republican nomination in 2016 and 2018.

“So my roots run deep in the district, not just as a candidate for U.S. Congress,” Westley said, adding that many congressmen don’t live in the districts they represent.

“They have no skin in the game,” Gonzalez said in a statement. “If they can’t vote for themselves, I’m not sure why they think anyone else would.”

The fact that no Republican has ever represented the 15th Congressional District doesn’t faze him, Krause said, adding that he believes the district is winnable.

“I’m very confident that I can win. We have a strong network,” Krause said. “I love it when people laugh because I love to prove them wrong. And I don’t say that arrogantly. I think that the people of this district deserve better. And I think that we can provide that for them.”