A tradition that has been passed down generations was celebrated in Mission Thursday.
At Our Lady of Guadalupe Catholic Church, located in the city’s downtown area, parishioners from across the area arrived before sunrise to celebrate the mother of Christ-La Virgen de Guadalupe. 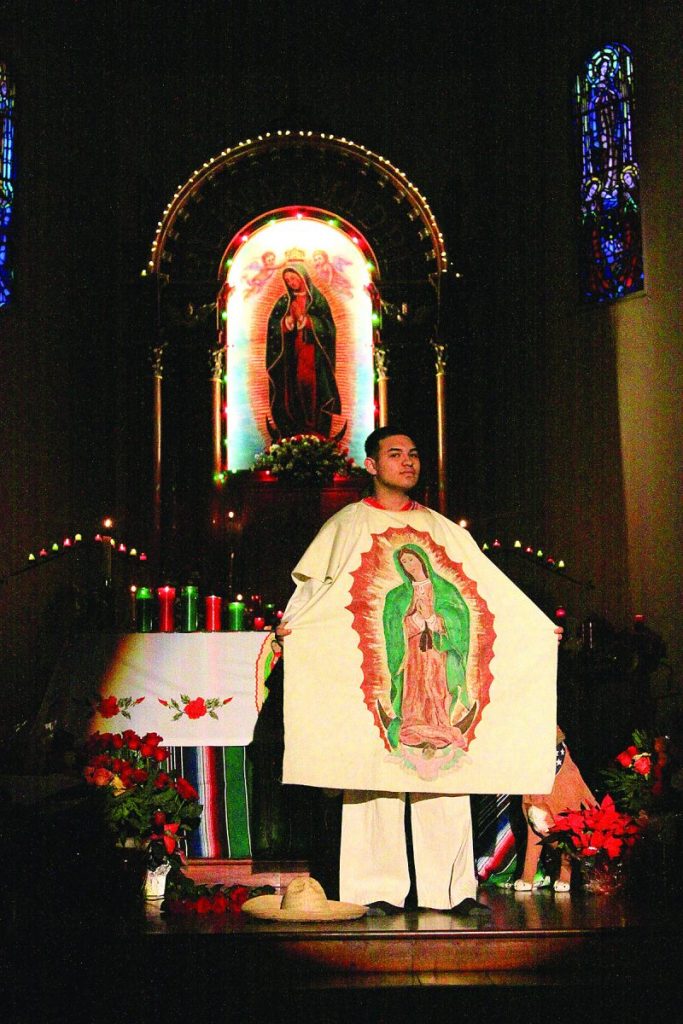 “It’s a celebration of faith, hope and love and hearts of the people, her image lives in our imagination, history and culture, Pastor Roy Snipes said before the mass. “The mass is filled with lots of tender devotion and enthusiasm from parishioners. People come out from it with tender and firmer hearts where we pray for each other and receive the spirit of Christ’s love by being in the presence of each other.”

The mass, known as the Feast of Our Lady of Guadalupe, falls on the day that marks the anniversary of the Virgin’s fourth and final apparition to a native Mexican peasant named Juan Diego in 1531. Diego is said to have experienced visions of a young woman who identified herself as the Virgin Mary, or La Virgen de Guadalupe – at a place called the Hill of Tepeyac, which would become part of Villa de Guadalupe, in a suburb of Mexico City.

She asked Diego to insist to the local archbishop for a church to be built at that site in her honor. The church-the Basilica of Our Lady of Guadalupe-is still standing centuries later.

“On the feast mass, we pray that our hearts will be lifted up with the spirit of God’s love,” Snipes explained. “We pray they become more aware of how good it is to be here and that they be called upon to be instruments of his goodness like Juan Diego.”

Parishioners started gathering outside the church for the feast mass at 6 a.m. The crowd then joined a group of mariachis in song “Las Mañanitas” to Our Lady of Guadalupe that was followed by a torchlight procession around the block.

When parishioners returned to the church, they were greeted by high school students performing a traditional Matachines dance in honor of the blessed Virgin before audience members were treated to a play retelling Juan Diego’s encounters with Our Lady of Guadalupe, followed with a breakfast of tamales and hot chocolate.

A second mass was held that evening.

The story of Juan Diego’s encounters with the religious figure is one that is universal even to non-Catholics for showing how even religious deities have faith in their followers.

“The encounter was made at a time when the church was not engaging with the hearts of the people and this was a breakthrough that reminds us to stay down to Earth,” Snipes said. “She didn’t appear to him as an elite individual, but as a dark-skinned woman who looked like him who encouraged him to do something he thought was impossible because he didn’t believe he was worth much. The mother of Christ instead taught him that he was much more important than he thought he was. It’s the stuff that wonderful legends and stories are made from.”

Snipes, who has been with the church for nearly three decades, said that the same sense of wonder and gratitude that filled Juan Diego during his encounters with Our Lady of Guadalupe still lives on in the eyes of parishioners attending the mass. This is especially true for the young people involved in the productions that bring the story to life, Snipes said.

“They’re here for the tradition and tender devotion they’ve grown up with and received from their parents and grandparents,” Snipes said. “They’ve learned to say their prayers, be faithful to God, celebrate his love at work in the story then and now, his love is still at work.”