Most high school seniors find themselves busier than ever as they reach the cusp of adulthood and prepare to make the leap into their futures.

Gisselle Costa and Denisse Damken are experiencing all that in the 2019-2020 school year, but have also decided to add additional feathers to their caps in the form of activism.

Costa and Damken, who attend the International Baccalaureate Programme at Lamar Academy (which is part of the McAllen ISD), are in the process of designing a fashion line made of completely recycled materials. They call it Modern Chaos, a statement the young advocates have derived from the trends of the industry and the widespread presence of “fast fashion.”

“[‘Fast fashion’] is one of the major problems in the industry,” Costa said. “They’re releasing trendy items every single day, they’re mass-producing, and people want to be trendy so they buy all these clothes, but it’s low-quality so it doesn’t last very long.”

“We advocate for ecological sustainability within the fashion industry,” Damken added. “Corporations saturate the market with these different fashion trends, and consumers adopt this mentality of ‘buy something now, throw away later’ – but what happens to that article of clothing that you throw away?”

Citing several climate-based disasters happening throughout the world, the seniors felt a calling to focus their efforts toward conservation and the environment.

“[People] are dealing with these huge fires in Australia, the burning of the Amazon Rainforest, the wildfires in California, so it’s becoming such a big problem,” Costa said. “People think just because it’s not happening where you are, that it’s not going to and they shouldn’t care.”

“You see an item and you’re attracted to it, you want to do something with it,” Damken said. “What can I do, how can I use this in a fun way that will bring awareness to something like climate change.”

Each piece in the line tackles a form of waste generally overlooked by the masses. “Newsflash,” for example, includes a pair of thrifted boots and a blazer repurposed with newspapers.

“We have a direct impact,” Damken said. “If nothing is done by this issue, we’re the ones who are going to be affected by it in the long run – with the right education and mentality we can do things to change what is currently happening.”

The two credit their families at home and school for supporting them through the project. The Mission Statement of the IB at Lamar Academy includes that the school develops “inquiring, knowledgeable and caring young people who help to create a better and more peaceful world through intercultural understanding and respect,” which Damken and Costa confirmed.

“We’ve definitely had to tie the things we’re learning in class to things going on now, like in history,” Costa said. “Going to school here, and observing what everyone is interested in, has helped us become very open-minded, and it’s also made us become more aware of the people and the world we are surrounded by.”

Balancing time between rigorous course loads, extracurricular activities, leisure time and activism is tough, but the pair found the rewards far outweighed the trials along the way. 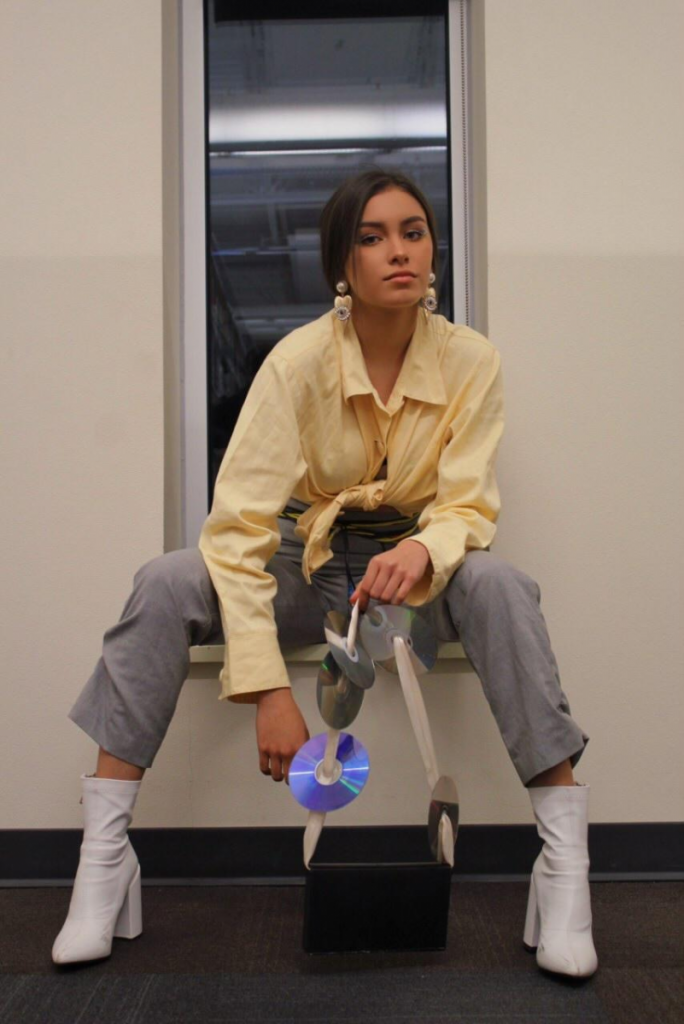 Vivian Velázquez Tamez, the CAS (Creativity, Activity, Service) Co-Coordinator at LB at Lamar Academy, and IB Coordinator Andrea Gutierrez, were overwhelmed with pride as they listened to their students articulate their passion for a cause they believe in. They both witnessed their growth through the Modern Chaos project, and were glad to see the pair apply their talents to helping others.

“It’s so special to me to work with students like these girls who have the opportunity to live out their passion and apply it to things as rigorous as an IB Programme,” Gutierrez said. “It has an impact beyond our school walls, and it’s important.”

The undertaking of Modern Chaos solidified Costa and Damken’s ability to collaborate and confirmed what they already knew: fashion and photography bring new challenges they cannot wait to take on.

Costa, the child of two doctors, was hesitant to reveal her interest in fashion to her parents. Despite initial misgivings they remained her strongest supporters, and encouraged Costa’s dedication to the craft.

She was recently accepted to the Parsons School of Design in New York City, which is considered to be one of the top design colleges in the nation. Costa plans to study fashion design, and aims to have her own fashion haus someday – possibly specializing in couture, ethically-conscious clothing.

Damken was planning on studying psychology after high school, but said that the inspiration taken from Modern Chaos has led her to seeing photography playing a role in the next part of her academic and professional journey.

The pair will have six completed pieces of Modern Chaos by the end of the year, and plan to premiere their hard work at a school Poetry Festival – shedding light on some new style and the state of the environment simultaneously.