The first group in university history to represent Texas A&M in one of Mission’s oldest traditions will make their local  debut this weekend.

Texas A&M University’s Parsons Mounted Cavalry  has been invited to ride in the 83rd Citrus Fiesta’s Parade of Oranges on Saturday, Jan. 25 2020 in Mission. Parsons Mounted Cavalry is a special unit in the Corps of Cadets and is the only collegiate mounted cavalry unit in the nation. Their trip to the Citrus Fiesta Parade marks the first time that any group from Texas A&M has participated in the parade or any Citrus Fiesta events, according to a news release from the university. 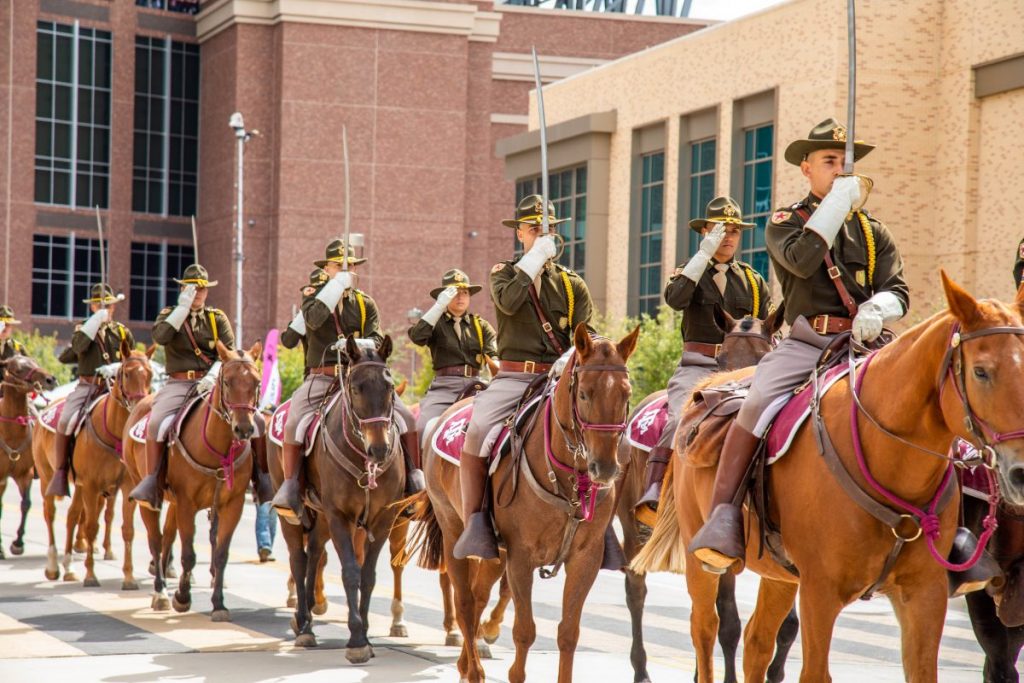 Parsons Mounted Cavalry is the first group in university history to represent Texas A&M in the Citrus Fiesta. Courtesy photo

PMC will travel by truck and trailer with 64 cadets and 43 horses to Mission to participate in the four-mile long Parade of Oranges this weekend, which serves as the culminating event of the Citrus Fiesta festivities.

“We are thrilled that Parsons Mounted Cavalry has been extended an invitation to participate in such a significant event as the Citrus Fiesta in Mission,” said Brigadier General Joe E. Ramirez, Jr, Commandant of the Corps of Cadets in a statement. “This is a first for our Corps and our university, and we are proud that PMC will represent the Corps of Cadets and Texas A&M University with pride and distinction in the Parade of Oranges.”

Mark Floyd, commanding officer of Parsons Mounted Cavalry., said in the news release that representing the Corps and the University at TCF is an “incredible opportunity.”

“Being able to be such a visible representation of our Corps and university is an incredible honor, an honor that we take seriously,” Floyd stated in the release. “This parade is unique in that it is our first time heading down to the Rio Grande Valley, so we are excited to be able to represent the university down there while being a part of one of their largest events.”