The La Joya school district is seeking over $1 million from its health insurance agent of record over what they say is a breach of contract.

The lawsuit, filed Thursday, accuses Ruth Villarreal Insurance of failing to disclose that several of its employees and agents did not hold the necessary licenses to provide service to the district.

“On or about February 15, 2017, La Joya Independent School district entered into a written contract with Defendant,” the lawsuit states. “In order to induce the Plaintiff to enter into the Contract, Defendant represented to the District that its employees and/or agents had all the required licenses, Defendant failed to disclose material information to the district…specifically that its employees and/or agents did not hold the necessary licenses to provide the services outlined in the agreement.”

The lawsuit accuses the health insurance agency of trying to defraud the district. Villarreal did not respond to a request for comment.

“Plaintiff has been injured as a direct and proximate result of the foregoing fraudulent acts of Defendant, specifically lost profits.” The lawsuit said. “Accordingly, Plaintiff requests rescission of the Contract and all relief necessary to restore Plaintiff to its previous position.

In 2012, the school board approved a three-year contract with Ruth Villarreal Insurance.

After the November 2012 school board election, however, trustees voted to break the contract and switch to Pharr-based Bob Treviño Insurance.

Along with the settlement agreement, La Joya ISD approved an eight-year contract with Ruth Villarreal Insurance.

A state district judge dismissed the remaining claims against Bob Treviño Insurance in 2018.

Last fall, however, a consultant hired by the district to review its contract with Ruth Villarreal Insurance said the district is “extremely overpaying” for it, arguing that renegotiating medical and pharmacy agreements could reduce costs by roughly $1.7 million.

“Overall, there is significant opportunity for improvement if there is that desire within the district,” Tommy Taylor, a vice president at the Fort Worth-based Higginbotham insurance and financial services agency said.

Attorney’s for the school district began the process to renegotiate their contract with Ruth Villarreal Insurance after Taylor’s findings.

“That process obviously failed, this was the next step.” Ben Castillo, an attorney representing the school district said Thursday.

Javier Pena, the attorney representing Villarreal, said talks between both parties have been non-existent calling the lawsuit “laughable.”

“They refused to meet with us an renegotiate and talk to us, and now there’s this lawsuit,” Pena said. “They are suing for breach because there is no breach on our part, they would’ve just terminated it if there was one.”

Pena called the lawsuit politically motivated. Ruth Villarreal’s husband, Everardo “Ever” Villarreal, is running against Hidalgo County Precinct 3 Commissioner Joe Flores in the March 2020 Democratic Party primary. Details of the contract have been used in political advertisements against Villarreal. Flores declined to comment.

“Joe Flores has threatened this would happen to screw with Ever by taking the contract away from his wife, it’s pretty obvious,” Pena said, adding that Villareal plans to countersue the district. 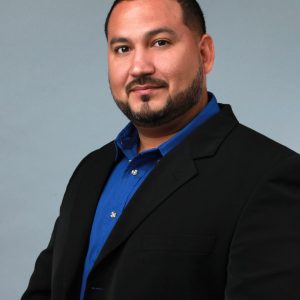