The Starr County Sheriff’s Department is continuing to investigate two murders committed within a six-day period, with the most recent slaying occurring in the late afternoon hours of Wednesday, Feb. 19 near Garciasville, a small community about eight miles east of Rio Grande City.

In the Feb. 19 homicide, Juan Carlos Olvera, 35, of Rio Grande City, was fatally shot on Loma Blanca Road in the Garciasville area. The Sheriff’s Department is being assisted by the Texas Rangers in the investigation of that murder. 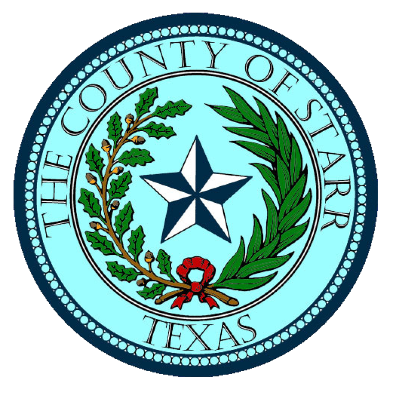 In an early morning homicide on Feb. 13, Arturo Gomez, Jr., 34, was shot and killed in the Garceno area. Garceno is a small community located approximately four miles east of Roma and 10 miles west of Rio Grande City. A suspect, Alejandro Barron, is currently detained and has been charged with murder in connection with that slaying.

On Wednesday, Feb. 19 at approximately 5:34 p.m., the Starr County Sheriff’s Department was notified by several phone calls of a shooting in the vicinity of Loma Blanca Road in the Garciasville area east of Rio Grande City. Sheriff’s Department Major Carlos Delgado indicated that callers heard several gunshots and a body was observed lying in the middle of the roadway.

Delgado stated, “A black pickup and a white passenger vehicle were seen leaving the scene at a high rate of speed. The black pickup with three occupants arrived at the Starr County Sheriff’s Office. The three occupants are identified as witnesses of the murder. All are cooperating with the investigation. The white passenger vehicle was located by the river bank unoccupied.”

Delgado declared that the victim, Juan Carlos Olvera, 35, of Rio Grande City had sustained several gunshot wounds to the body and was pronounced dead at 6:24 p.m. by Justice of the Peace Eloy Zarate.

Delgado added that the gunman has been identified as having the first name Juan and was known to the victim and also the three witnesses. He noted that the Texas Rangers are assisting the Sheriff’s Department in investigating the slaying. Further information concerning Olvera’s murder was unavailable as of the early afternoon on Wednesday, Feb. 26. Anyone with information about this homicide is encouraged to contact the Starr County Sheriff’s Department at (956) 487-5571. All information provided will be kept confidential.

On Thursday, Feb. 13 at roughly 3:34 a.m., Starr County sheriff’s deputies responded to the Garceno area concerning a report of shots being fired. As deputies proceeded toward the scene of the shooting, indicated Major Delgado, they “were informed of several vehicles leaving the area at a high rate of speed and that someone had been shot. A gray pickup truck was then intercepted and was followed to Starr County (Memorial) Hospital where a male individual, identified as 34-year-old Arturo Gomez, Jr., was located inside the pickup with gunshot wounds.”

Delgado stated that Gomez, after receiving treatment, was pronounced dead by hospital medical staff at 3:57 a.m. He explained that occupants of the pickup were identified and have continued to cooperate with the investigation.

Major Delgado declared that a person of interest identified as Alejandro Barron was quickly named, and he was later charged with murder in Gomez’s death and remains in custody at the Starr County Detention Center. Delgado explained that as of Friday, Feb. 21, the motive for the shooting remained unknown. Information regarding Barron’s age and place of residence was unavailable as of Wednesday, Feb. 26.

The major stated that the fatal shooting of Gomez occurred on Rosales Street in Garceno. Bullet casings were found near the crime scene, but the specific weapon used in the shooting remained unknown as of Tuesday, Feb. 25.

Delgado emphasized that Gomez’s murder remains under investigation. Anyone with information about this incident is encouraged to contact the Starr County Sheriff’s Department at (956) 487-5571.