Joe Flores’ fifth term as Hidalgo County Precinct 3 commissioner will be his last after voters elected his opponent Everardo “Ever” Villarreal to run for commissioner in the Tuesday Democratic primary.

With no Republican challengers, Villarreal placement as precinct commissioner is assured. 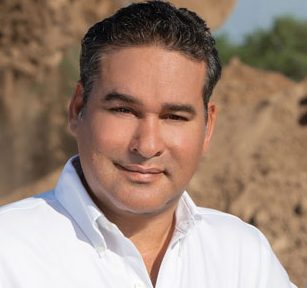 The first round of unofficial results showed Flores in a narrow lead of 7,693 votes against Villarreal’s 7,449 votes.

“The people have spoken and there will be a new commissioner,” Villarreal said after the results. “It feels great to have pulled it off, it was just an exciting process and the level of support from my supporters kept me working harder and harder. Flores ran a tight race but so did I.”

Flores simply said he does not plan to contest the election.

The results, which were announced late Tuesday night, reflect the close race in what has become one of the most expensive campaigns in Hidalgo County.

A campaign finance report submitted last month to the county showed that Villarreal loaned himself $420,000, spent a little over $31,000 and received $21,000 in contributions during the month of January.

Flores spent $32,000 and received nearly double that in contributions in the same period.

A second campaign finance report filed late last month showed he spent an additional $163,000 on his campaign in the days leading up to early voting.

“I don’t come from a political family so I don’t have a name recognition and needed to put my name out there, especially against an incumbent who has been there for 20 years,” Villarreal said. “I also had direct contact with voters and citizens where I attended every event I could to get to know people and block walked as much as I could all over the county. When word got out about that it felt like people believed in me and I won their trust.”

In previous reports, Flores has touted his support from all the cities in his precinct and millions of dollars in infrastructure, road and drainage improvements he has invested into his community.

Flores’ support was evident at his campaign watch party held at Buchannan’s Music Hall in Palmview and officials from the cities of Palmview, Alton, La Joya and Peñitas watched the results with him.

Villarreal has said he is running to help modernize Precinct 3.

“I plan to meet up with all the mayors in my area as soon as possible to discuss with them their needs and how I can help,” Villarreal said. “When a city does well it trickles down and affects the rest of the county, especially in areas in dire needs of more jobs and growth.”