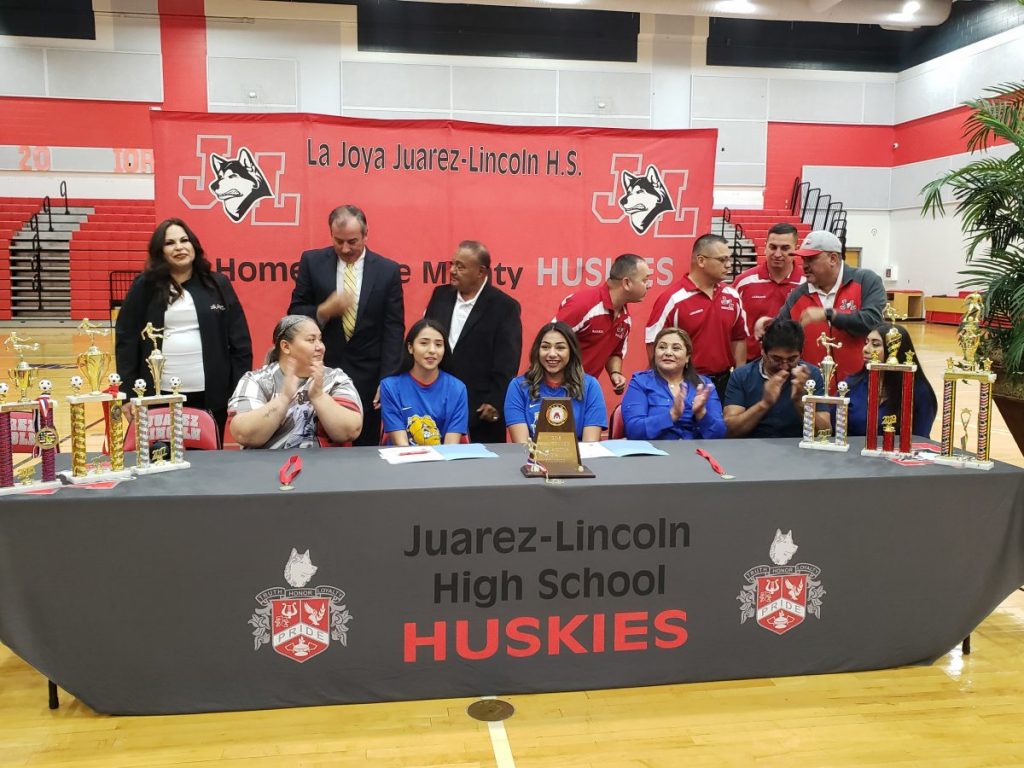 All five athletes will attend Jarvis Christian College in Hawkins to compete in the college’s soccer program.

Castillo and Hernandez both said they plan to study nursing at Jarvis while attending on a soccer scholarship.

“It has a great nursing program that I want to go to and hopefully I get the best of it,” Hernandez said at her signing ceremony. “I’ve been playing soccer here these last four years after I fell in love with it in middle school. We have competed against the toughest schools in the Valley and that has prepared me to up my game. I’ll contribute greatly to Jarvis. I’m excited but nervous to be playing at the next level.”

Castillo, who is graduating as a Patient Care Technician, said she too is excited to continue playing soccer at Jarvis.

“I really liked the school when I visited it and I have friends playing there who told me it was a good decision to go to Jarvis, they help you not just graduate but become a better person in general,” Castillo explained. “I’ve been playing soccer for the last 12 years and I love the sport itself. It’s helped me get disciplined, become more responsible and grow as a person. Our coaches have pushed us a lot for years, they made us believe in ourselves more than anything including believing I can play in college.”

Ibarra, 19, had his signing that same day and was praised for doing so. Ibarra and his family emigrated from the Mexican state of Tamaulipas three years ago and was held back for a year, preventing him from participating in soccer during his last year of high school due to district policy not allowing anyone over the age of 18 to compete in district events, Ibarra said. 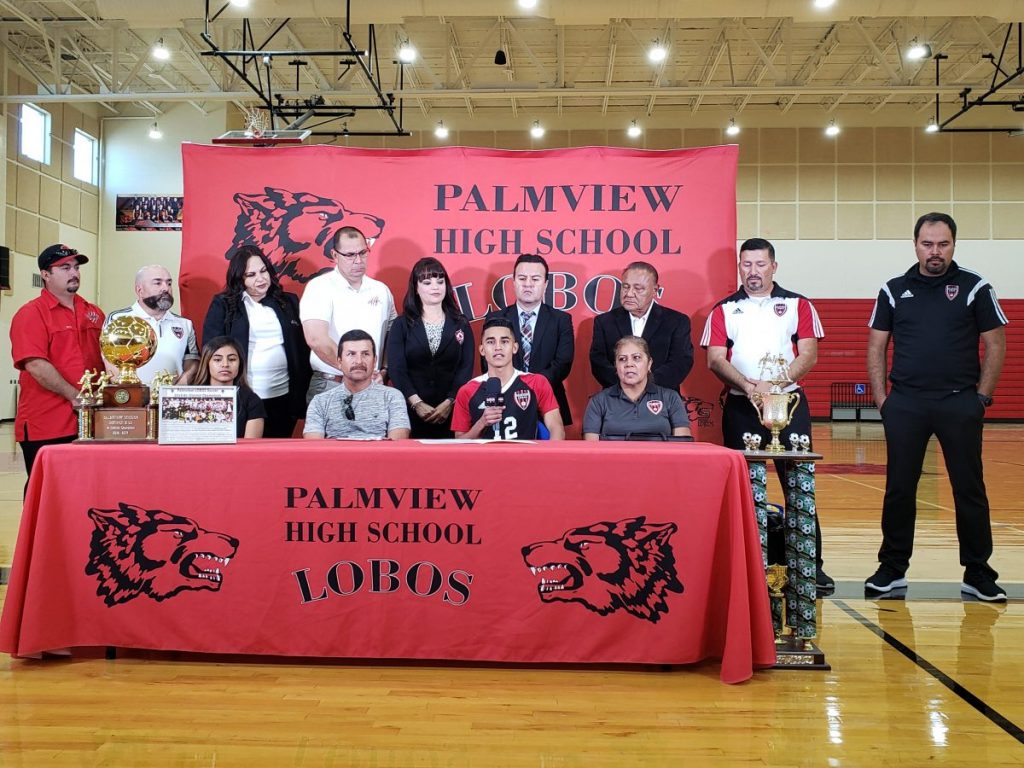 Despite not competing in soccer for a year, Ibarra was accepted into Jarvis Christian College.

“I feel so proud of myself for completing this achievement I wanted in my life,” Ibarra said. “I doubted myself a bit when I couldn’t play anymore but I still tried, practiced and worked hard on my school work and it still happened. I’m interested in studying business at Jarvis. I’m offering all my talent there and will prove myself there. The transition to here was hard but the fact that I did this signing anyway shows I can do anything.”

The following day, twins Lasly and Leydy Flores had their own signing ceremony, becoming the last athletes of the district to do so this week.

The sisters will be attending Jarvis together with Lasly studying nursing while Leydy studies teaching.

“This is a great opportunity to study what I want to do while playing a sport I love, I am speechless,” Lasly said. “I couldn’t say no to attending Jarvis.  I’ve been playing soccer for the last seven years and it has helped me improve my skills and have gained so much confidence from it. Playing here has helped me, the coaches have been so supportive in helping me get ready for this.”

Leydy was equally excited about the signing and said she is looking forward to being on the same team as her sister.

“I love it because as part of a team, you’re part of a family and I will have my actual family there,” Leydy said. “Going to Jarvis is so great because I can continue studying while playing something I love. I will be studying teaching. It feels great going with my sister, I’m so happy.” 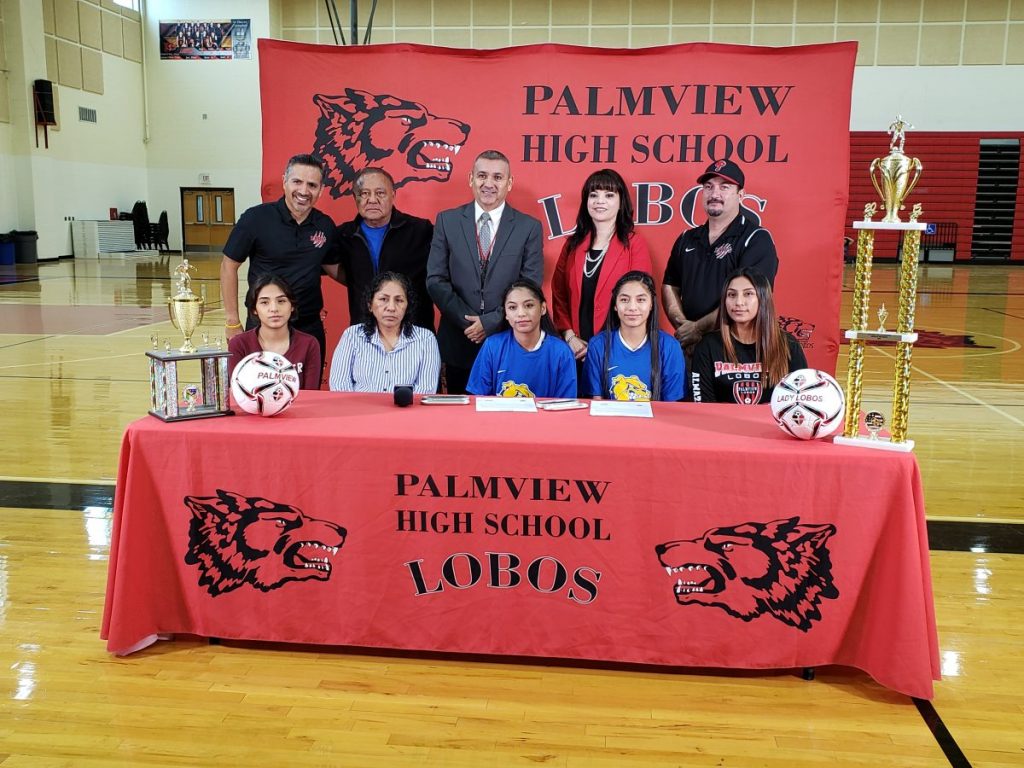 Demetrio Hernandez, head coach for the boys and girls soccer team at Jarvis, said the multiple signings throughout the week at La Joya was due to him rebuilding the college’s soccer program from scratch.

“I’m only keeping three players from an already established team, it’s pretty much new,” Coach Demetrio Hernandez said. “I signed 10 total students this week, I’m the one looking for the student athletes who have it. I like to bring students with top GPAs to help them receive better benefits. These students fit with the style of players I am taking from the Valley.”