With National Police Week set for next week, the Progress Times reached out to area police chiefs to discuss the importance of this holiday created to recognize law enforcement officers.

Due to the COVID-19 pandemic, most of these police departments have cancelled annual events they have during the week. However, all the police chiefs agreed that the work done by law enforcement officers should still be recognized. 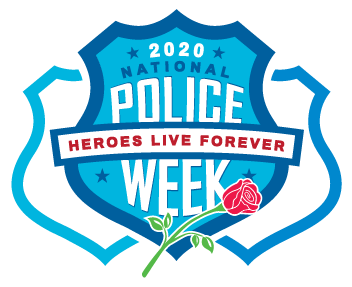 “More than anything, National Police Week is about honoring our fallen heroes,” Dominguez said. “We honor them and their families who also honor the sacrifice officers are making so when they lose a family member, we also lose a loved one.”

Last June, the Mission Police Department lost Corporal Jose Luis “Speedy” Espericueta Jr., one of their own in the line of duty.

Espericueta, and DPS Trooper Moises Sanchez, was one of two local law enforcement officers who died in the line of duty in the last year.

For Dominguez, the community participating in National Police Week helps with the healing process.

“It’s been a little difficult for us this last year, but we’ve seen so many people rally behind us,” Dominguez said. “Even with the pandemic, different businesses, winter Texans and local citizens have all rallied around us providing us with a lot of materials, PPE, food, and officers have gotten fed by local restaurants around the community. It’s a great feeling to have with the community.”

The city of Mission and the city police department usually hosts an event in honor of National Police Week. This year, however, the event is being postponed due to the pandemic, Dominguez said.

“One of the things I am doing is making sure everyone knows we are just postponing it, we are planning something later to celebrate them,” Dominguez said. “It’s important to honor our fallen, especially with the loss of Speedy.”

For Flores, National Police Week is a reflection of the ultimate sacrifice that dedicated men and women who put on that uniform have made, he said.

“We honor them during this week because there is no greater sacrifice that you can make,” Flores said, adding that the current COVID-19 pandemic reinforces the need for law enforcement.

“There will always be a need for law enforcement, we hold the line between order and chaos regardless of a pandemic. As first responders, we are there to serve the community,” Flores said.

Flores noted that even with the pandemic, National Police Week would still be different this year after the loss of Mission PD’s Corporal Jose Luis “Speedy” Espericueta Jr. and DPS Trooper Moises Sanchez last year.

“It impacted our community,” Flores said of the death of both officers. “Yes, we’re under a pandemic but it does not take away our commitment from honoring those brave men and women. We will continue to find ways to honor them, they will always be in our hearts, minds and thoughts and we will never forget their bravery to the community.”

“Because of it, you know our brothers and sisters in the line of duty will never be forgotten. If an officer falls, you know there’s a special week throughout the year dedicated to them and those who sacrificed and left their families behind. It’s what the people sacrifice to protect the community,” Arriaga said.

According to Arriaga, the La Joya Police Department usually honors its officers during National Police Week with a dinner in their honor where the officer’s family members are invited.

“But I don’t know how we will do it with this COVID-19 situation, it’s going to be different but it will not change how we will always remember those who have fallen and will keep them in our minds and hearts to always remember them,” Ariaga said. “I can’t figure out what we will do during the pandemic for National Police Week so we will keep those in the line of duty in our prayers forever, especially this week.”

“National Police Week is to remember those who have served the ultimate sacrifice in protecting the citizens and for us to not forget who they were and also honor those who are serving at this time as well,” Vela said.

According to Vela, National Police Week was started in 1962 under President John F. Kennedy to recognize police officers, something Vela said is still important to celebrate.

“I know that police departments regularly go through a hard time with either negativity or deaths occurring so we’re showing an appreciation for them to remember those who have worked and passed away,” Vela said.

The city of Palmhurst also regularly hosts a ceremony for National Police Week with law enforcement agencies from all over the county. According to Vela, that ceremony may end up being postponed due to the ongoing COVID-19 pandemic that is halting all mass gatherings.

“We don’t know if we’ll be doing it soon in person but we will have recognitions throughout the week either online or in person,” Vela said. “It feels weird not doing it, it’s something totally new and unexpected that has totally changed the way we think as law enforcement members with everything is changing by the day. But the tragedies the law enforcement community has had has reinforced the need for National Police Week.  We have support from the cities, state and other organizations that push to help us. I know it’s different right now but it’s humbling when people take the time to help us at this time.”

For Vela, National Police Week highlights the relationship between the community and the officers who work to protect them.

“We’re a community-oriented department so people understand we’re here to help them,” Vela said. “We believe that every time we have a good rapport with a community member it makes them more likely to reach out to us so we can respond to any incidents. We’re here for the community, not against them.”

“National Police Week means we are honoring the officers who have died in the line of duty, basically all those who have served their community with integrity and paid the ultimate sacrifice,” Zamora said.

Despite the pandemic that has seemingly halted the world, Zamora said it’s still important for officers to do their duties especially during National Police Week: protecting the community.

“We took an oath to protect, we have to continue that oath as best as we can even at this time. We can’t just not go to work, we have to protect the community and protect ourselves,” Zamora said. “With the disaster we’re in it’s a strange time we’re in but we’re still concentrating on protecting. There are officers killed every day, you see it on the news every day but I want to thank all the law enforcement officers who do a tremendous job out there, particularly those in the city who know what the job requires of them but they still put their lives on the line every day.”

“Usually we thank our officers and throw a banquet in their honor to celebrate them but we don’t know if we’re going to do that but hopefully we can regroup and do something for them later,” Zamora said.

“Behind every strong Police Officer there is an even stronger family who stands by them, supports them, and loves them with all their heart. With everything going on at this time, we ask the community to come together and keep all officers in their prayers.”

“National Police Week is pretty important to our agency, we pay tribute to the peace officers making this sacrifice in the line of duty so they know we appreciate what they’ve done for us,” Cordova said. “They’re in the frontlines to combat crime all the time. You never forget what they gave and left behind. We want to leave a legacy behind and make sure our family is safe.”

“I believe we should honor officers all the time, the city of Mission has been doing that with their fallen hero and we all should come together no matter the agency for a fallen hero. Even with this pandemic, it’s not holding back from us celebrating an officer.”