After over 30 minutes of discussion, the Mission City Council approved an agreement with Performance Services, Inc. (PSI) to update the water utility system.

The item was brought before council members during the regular called meeting held Monday, June 22, 2020. The decision to approve made Mayor Pro-Tem Norie Gonzalez Garza, who voted against the agreement, disappointed. 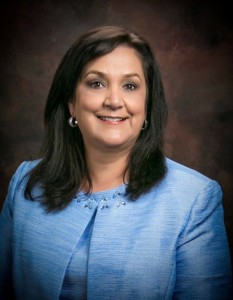 “This is a very expensive project, and we [are] putting the city in debt for $20 million,” Gonzalez Garza said. “That’s not something we can pass on quickly without having all the information.”

According to the item on the agenda, the total project cost is an estimated $19,702,754. The agenda stated PSI sent Mission city staff a project scope of work “with a guaranteed energy savings and design-build cost proposal,” and would include items like water meters with “Advanced Metering Infrastructure (AMI), LED lighting and manhole rehabilitation.”

Eduardo Belmarez, the Purchasing Director for the city of Mission, presented the item. He said the staff was seeking direction from the council (and did not recommend approval or denial).

City Manager Randy Perez said the recommendation for direction was made because the city has asked for a breakdown of the information from PSI which has not been received, and that PSI asked for a non-disclosure agreement.

Mayor Armando O’caña said he would leave it up to the council, because that was the recommendation from staff.

“We’ve had multiple presentations already, including a face-to-face presentation with the company [PSI],” O’caña said. “I don’t think we need any direction. We’ve already done phase one and phase two, we need to make a decision on phase three.”

Gonzalez Garza took issue with the city not having gone out for bids for other proposals from several companies to do similar scopes of work in Mission.

“My understanding is that some of the staff has done preliminary research on these services, and there are other companies that provide this service,” Gonzalez Garza said, noting that she also found in her research Mission could find other companies to provide the same services for less. “We’re financially responsible for everybody in the city.”

O’caña said when the city signed a contract for the investment-grade audit and phase two with PSI, if the city did not go through with phase three there would be a monetary fee to reimburse them for the data.

“This project is self-funded,” O’caña added. “I checked with the La Joya Independent School District, who has worked with PSI for approximately three years, and based on their information they had over $150,000 saved the first year.”

Council member Ruben Plata, who also voted to deny the agreement, said the costs of the project will actually mean taxpayers in the city of Mission will see an increase of four cents annually.

“I also want the public to know that this project is going to be with 15 monthly payments of $1,743,000,” Plata said. “That is about 4 cents of tax levy, I’ve met with these gentlemen several times and I’ve asked the same question [about getting the rest of the money].”

Plata said he understood the city wanted to “go green,” but first wanted to see how it would be financially viable without raising taxes for the next 15 years.

“I feel like I gave the gentlemen the courtesy that they deserve, and they were never able to answer my questions,” Plata said. “So I understand it’s going to cost about $8,000 [to not move forward with phase three] unfortunately, but I would rather pay that because the data is less than 1 percent. To make a decision like this makes me very uncomfortable.”

After a question from the mayor, Plata reiterated he has spoken with both city staff and representatives from PSI, and still didn’t feel comfortable, and how they could make better use of the money for other projects.

City Manager Perez said PSI sampled 100 to 150 out of the approximately 30,000 meters located in the city of Mission for their assertion that the project would result in an energy and cost savings for Mission residents. Perez also stated PSI took it upon themselves to use that sample size based on Mission’s meter count.

“It’s a fraction of the meters we have,” Perez said. “I’m all for technology, I just feel we can explore the options as well as smart meters – however, we feel that this particular amount that we’re paying, we can possibly get [smart meters] for a fraction of the cost.”

A representative for PSI was present for the vote, and stated the revenues from the meters and the savings will mean Mission will self-fund the project. He also said PSI has to guarantee that the revenues and savings are greater than the payment every year by law.

City Attorney Gus Martinez said PSI suggested the contract be reviewed by outside counsel, and that violates the city charter.

“In an email they said that they recommended an outside legal counselor review the contract, and if that’s the case, whether it was a mistake on their part or not, that cannot be done,” Martinez said. “That violates the charter.”

During the discussion, council member Alberto “Beto” Vela made a motion to approve the item, even though Gonzalez Garza and Plata’s motions to deny were still on the table. When the item came to a vote, Vela and council member Jessica Ortega-Ochoa voted against the denial.

“They’re not the only providers of smart meters, Mayor – they’re not the only option out there, and we could have saved a tremendous amount of money I think if we had gone out for proposals,” Gonzalez Garza said. “I’ve never said this in all the years that I’ve been on a board, whether it be the school board or city council, but I’m disappointed in today’s vote.”

Council member Plata also voiced his opinion on the decision following the meeting. He said he would make it no secret that he felt this agreement is not something good for Mission.

“I don’t know how we’re going to pay for it without increasing property taxes,” Plata said to the Progress Times. “This is a lot of money, and we’re leaving our future leaders with a debt they cannot afford.”

Plata said he felt they were not doing their due diligence by failing to go out for bids on the item and passing it.

“It doesn’t make sense when none of the department heads – the purchasing director, the financial director, the deputy city managers, the city manager – not even myself, met with PSI,” Plata said. “We never got a straight answer with any of our questions.”

The morning following the vote, Performance Services, Inc. sent a press release detailing how a water modernization update will improve services while ensuring the health and safety of residents “without raising taxes and with no payments for three years.”

“We’re moving forward with the project,” O’caña said. “Hopefully we can get some smart meters in the city of Mission in the long run.”