As the nation continues to debate the need to defund the police to address police reform, a local representative is arguing that police reform can be achieved without taking money from law enforcement.

That was the message Congressman Henry Cuellar shared Wednesday when he announced he helped secure nearly $434 million meant to increase transparency, accountability, and oversight of local law enforcement in the fiscal year 2021 Appropriations bill. 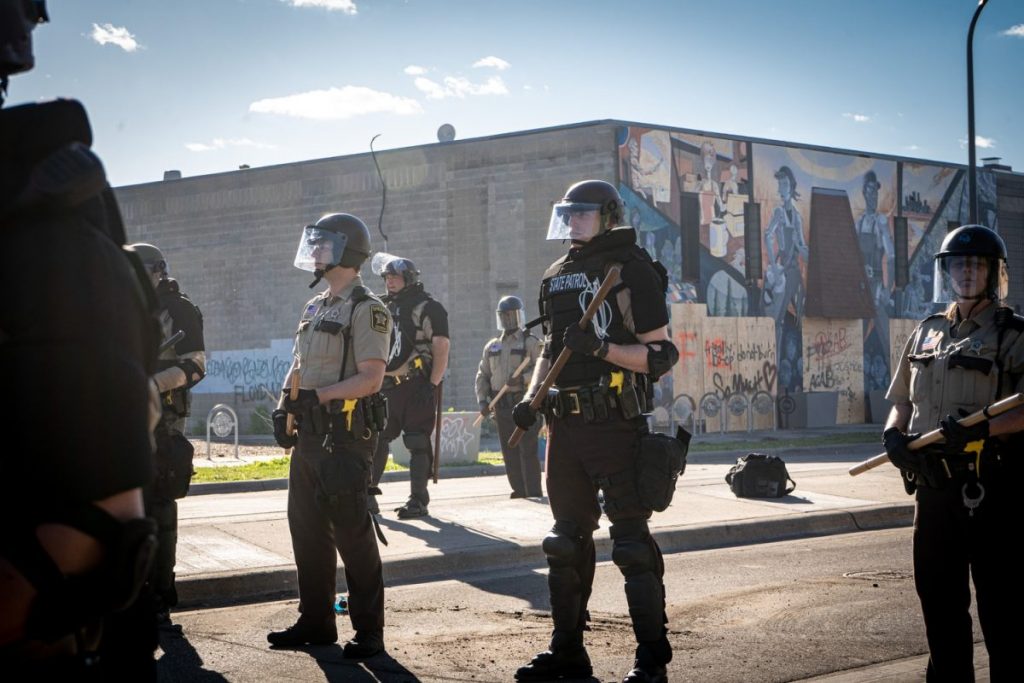 Police officers standing guard at protests in Minneapolis following the death of George Floyd May 29, 2020.

“The majority of our brave men and women in law enforcement do their jobs honorably and with integrity,” Cuellar said. “For this reason, I worked hard to secure critical investments in oversight and accountability measures to ensure all law enforcement, at the local, state and federal level, uphold their duty to safely and effectively protect all Americans. I also helped include funding for mental health training, resources, and support for our law enforcement.”

The bill passed on the House floor last week and now moves to the Senate.

Cuellar’s announcement comes as law enforcement agencies across the nation face a critical spotlight due to public attention on the deaths by police officers of several individuals such as George Floyd – an unarmed black man – that kicked off protests across the country calling for massive police reform and to defund the police so money for police department is sent to other departments instead.

During Wednesday’s press conference, Cuellar, who has relatives working in law enforcement, was critical of the idea of defunding the police.

“I don’t support defunding any of the law enforcement folks itself,” Cuellar said. “If there is a bad apple, we should go after that bad apple but we do not paint all of the law enforcement with the same paintbrushes. They are men and women who are part of our community but I think instead of defunding or getting rid of them, we need to look at some reasonable ways of improving the work they do.”

Cuellar said a portion of the bill includes more than $48 million meant to improve police responses to people with mental illnesses.

$43 million of the money will go toward mental health courts and adult and juvenile collaboration program grants to facilitate collaboration between the criminal and juvenile justice systems to better serve individuals with mental disorders and to increase public safety.

The Wednesday press conference occurred the day before Pharr police reportedly shot an 18-year-old man with a mental illness after his mother called 911 requesting help in transporting him to Tropical Texas Behavioral Health for treatment.

According to Cuellar, at least 25 percent of the inmates in prisons and jails have a mental illness.

“It’s one of the issues we have so I was looking at taking a comprehensive approach to treating mental health,” Cuellar said. “We will train law enforcement into handling those who have mental illnesses but we need to add more money into mental health. If we don’t do that, we will continue having this situation where our jails will be taken up with people with mental illnesses.”

Other facets of the bill include $100M for the Department of Justice to assist states in conducting pattern-or-practice investigations to help reform law enforcement agencies, nearly $166M for the Civil Rights Division of the Department of Justice to investigate patterns and practices of police departments, and $13.5M for the Cold Case Investigations within the Civil Rights Unit in the FBI to investigate and prosecute previously unresolved civil rights era ‘‘cold case’’ murders suspected of having been racially motivated.

$5M will be used toward the creation of the National Task Force on Law Enforcement Oversight to assist the U.S. Attorney General and coordinate complaints regarding law enforcement misconduct with professional law enforcement associations, labor organizations, and community-based organizations.

With these actions, Cuellar said, police departments can continue to serve the community without being defunded.

“Some people say they believe the only way you can put money into social services is by taking it away from the police, I don’t think that’s the way it works,” Cuellar said. “And I say that as experience as a lawmaker and a believer in law and order. A society without law and order is not a society, you just have to look at some cities in Mexico that don’t have police and that tells you what happens in that situation. You can provide money to law enforcement, and you can provide money to social services.”