With the La Joya school district announcing they are cancelling all fall sports, the fate of sports in other districts remains up in the air.

Chris Von Wald, a parent in the Mission school district, is being proactive to make sure his voice on this issue is heard. 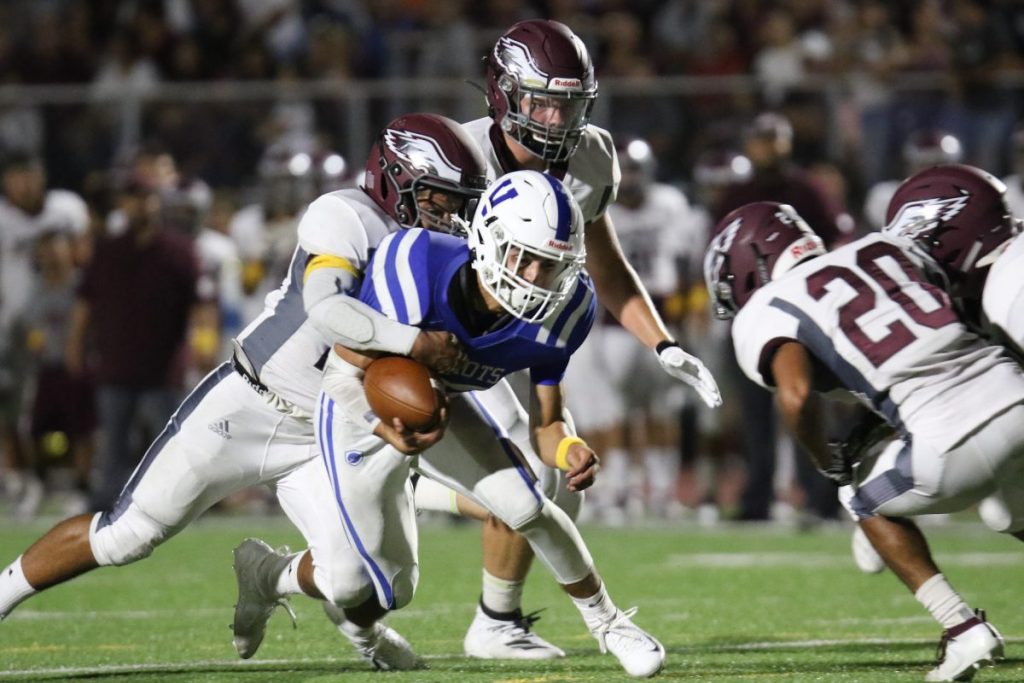 File photo of the 2019 Battle of Conway. Progress Times photo by Mario Magallon

“With La Joya cancelling and rumors of other schools waiting to decide on fall sports, I wanted to try to be preemptive with this before the school board decides without hearing a voice from the parents,” Von Wald said.

Von Wald has organized a petition to be signed and presented to the Mission school board requesting that the decision on whether or not sports will continue this semester will fall on parents in the school district, not the school board.

“What scares me is they’ll make a decision without any parental feedback,” Von Wald said. “I think this should be a personal belief as to whether or not a student participates in a sport, not a politician’s or school board members. They shouldn’t say what my kid can or cannot do, parents should.”

The petition also includes other activities such as cheerleading and band, Von Wald said.

Last July, the UIL organization granted permission for smaller school districts to begin practicing and holding contests for the fall sports while the bigger, 5A and 6A school districts are being delayed from starting their seasons until next month.

Von Wald criticized the decision from the UIL organization.

Von Wald, whose son attends Mission Veterans High School and is a middle linebacker for the Veteran’s football team, said he wants to support his son and others who want to perform in fall sports.

“If people don’t want to play, that’s their right but I would like to make that decision as a family,” Von Wald said. “He’s been dreaming about playing high school football since he was six years old and if he wants to play then we will support him but it should be up to the parents to decide if they play to take precautions from COVID, not for the school district.”

The petition, which will be available to be signed at BrickFire Pizza & More Friday from 5:30 p.m. to 8 p.m., comes as the Mission school district released a survey to parents asking them if they’d feel comfortable with their children participating in fall activities and what start date they prefer.

“The insights gained through the parent responses will continue to play a vital role in decisions that also take into consideration the status of COVID-19 community spread data for the county,” the district stated in a news release. “The Mission CISD administration and board of trustees is committed to making sure the parent voice is heard during this time and used in making decisions regarding student services while balancing the needs of the health and safety of students and staff.”

A rally will also occur in support of the petition Saturday, Aug. 29 from 10 a.m. to noon at the MCISD administrative offices at 1201 Bryce Drive.

“We wanted the signing to be physical because it makes our voice stronger because people made the effort to show up in support of their kids and our voices will be heard at the rally,” Von Wald said. “A lot of kids depend on sports for structure, I think kids being locked up at home is not good for them or their development. There’s a lot of life lessons learned in sports they will miss out on without them.”