A new administration next January would mean big changes to the Valley, and the rest of the country.

That was the message U.S. Congressman Henry Cuellar touted last week as he visited multiple areas in his district as part of a “Thank You” tour to celebrate his 58.3% victory during the November 2020 general election for a new term as representative for Texas in the 28th congressional district, a position the Democrat has held since 2005. 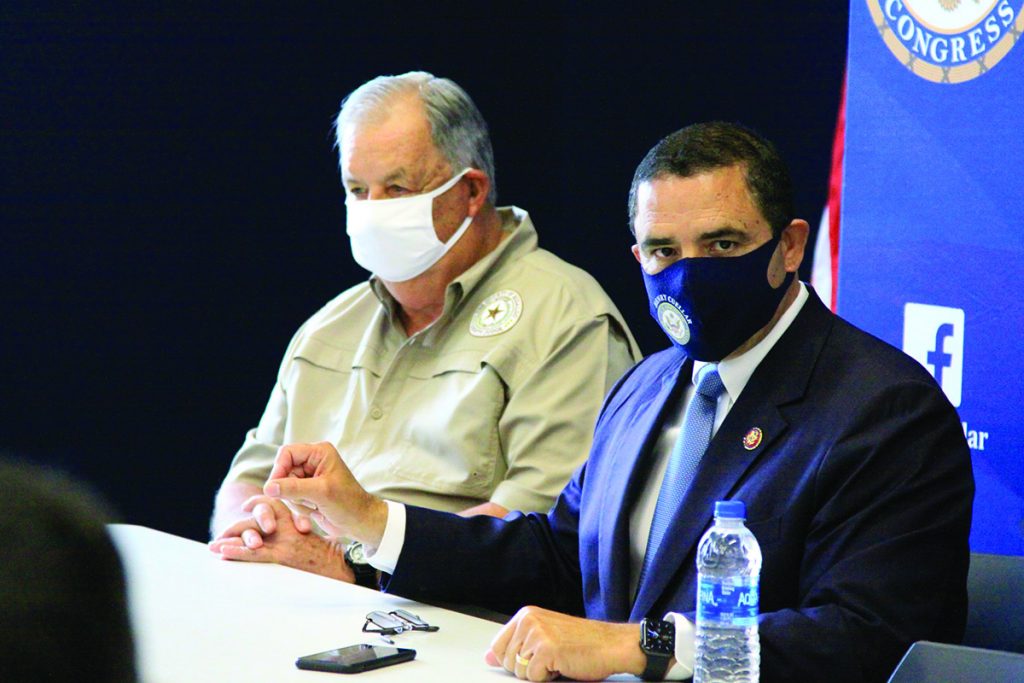 The tour, held Thursday, Nov. 12, concluded with Cuellar at the Mission Center for Education and Economic Development after meeting representatives and officials in Rio Grande City and La Joya prior to his final stop.

The Mission meeting, attended by officials with the city of Mission, Palmhurst, Palmview and Hidalgo County Judge Richard F. Cortez saw Cuellar discussing multiple topics such as the reopening of international bridges, potential COVID-19 vaccines and a second round of the CARES Act to provide financial relief during the COVID-19 pandemic.

“When we go back to Washington there’ll be a couple of things that have changed, we still have to finish the second relief package we want to work on,” Cuellar said. “I do hope we get another round of money, we want to make sure everyone gets the same amount; it’s something we’re certainly looking at for the second CARES Act.”

Despite the votes for Trump, Cuellar said he wasn’t fazed by the results, and attributed them to President-elect Joe Biden’s comments in a Presidential debate last month where he said he planned to transition the economy away from the oil and gas industry.

“And those counties that voted for Trump are ones that depend on oil and gas,” Cuellar said. “Some people are saying the counties were being ‘flipped’ red but the only Republican who won a race there was Trump, so they remained Democratic areas for the most part. Oil, gas and gun control are major issues for voters in these places and we need more moderate approaches to handle these topics.”

Cuellar said he hopes the results of the election will spurn the Democratic party into putting more focus on the border area.

“I’ve said this for years, you can’t take the border or Hispanics for granted,” Cuellar said. “Republicans did a very aggressive and targeted outreach to them so we can’t have that ‘let’s wait 90 days before an election to go after them’ mindset. You gotta understand that there’s certain issues that are important to the Hispanic community and meet with them to talk to them about it.”

“We’re saying no to the fence but don’t want to be weak on border security,” Cuellar said of the incoming administration. “We want to make sure it’s strong to keep U.S. Customs and Border Protection funded and put more money into technology to protect the border.”

Cuellar also touched upon the current closure of international bridges to Mexico from non-essential travel that was set to expire Saturday, Nov. 21 but on Wednesday was extended for another month. Cuellar said he hoped the Department of Homeland Security would choose to reopen international bridges instead of extending the closures.

“The Valley and the rest of the country is missing out on $19 billion in revenue from international shoppers, that’s over $1 billion per month,” Cuellar said. “Hopefully they’ll open before January or else stores will miss out on holiday shoppers. There are some businesses that aren’t going to make it because they need customers.”