It used to be said that San Antonio is where Valley football teams go to die. The same thing could’ve been said about the Houston and Austin areas as well. In other words, even the best of teams from the Rio Grande Valley had no chance of emerging victorious against teams from pretty much any metropolitan area north of Corpus Christi. That was then, this is now.

In recent years, several Valley teams have fared well against teams from San Antonio and points north. Some Valley teams have even had their way with teams from the Alamo City and beyond. Just two years ago for example, the Mission Veterans Patriots defeated the Victoria East Titans 69-21 in the bi-district round of the UIL state playoffs and San Antonio Veterans Memorial by a score of 48-23 in the Area round. A more recent example of how the tide has turned in relation to Valley teams going up against the big city boys, is the 2019 Pioneer Diamondbacks team who manhandled San Antonio Southside in the bi-district round by a score of 59-14. 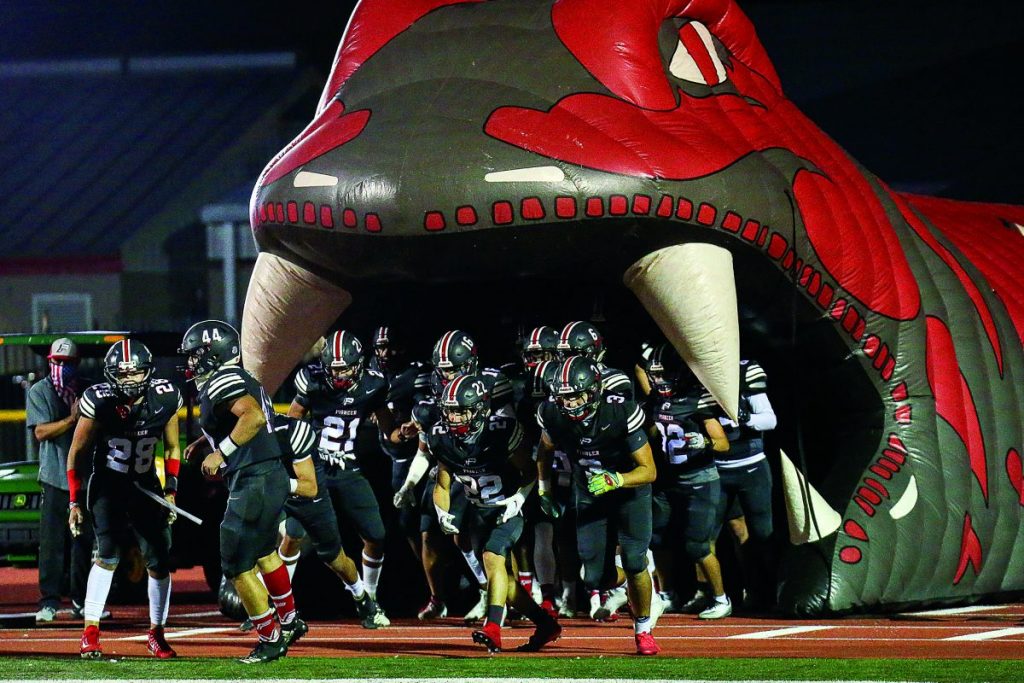 Why the history lesson? Because while every other Valley playoff team has fallen victim to teams like San Antonio Southwest, Brennan and Stevens already this postseason, the Pioneer Diamondbacks continue disproving that aforementioned saying.

After posting a perfect 5-0 record against Valley teams, including going 4-0 against District 31-5A opponents, the Diamondbacks are proving themselves worthy of representing the Rio Grande Valley again this season by advancing into the third round of the playoffs for the second year in a row. They’ve done this by defeating the Medina Valley Panthers (42-23) in the bi-district round of the playoffs and the Marble Falls Mustangs (54-47) in the Area round. Medina Valley is in Castroville, which is located west of San Antonio, and Marble Falls is located northwest of Austin.

How did Coach Tommy Lee’s Diamondbacks pull off their last second, or more accurately last 12 seconds, come-from-behind victory over the Mustangs?

“Marble Falls runs that Wing T which is something we don’t see a whole lot down here in the Valley,” Lee said. “We actually didn’t see it in our district this year, so they presented a challenge for us. But I thought that our defense played very well. And offensively we had some big time players make some big time plays in this game.”
Those big time players included Pioneer quarterback Eddie Lee Marburger who, in addition to rushing for 89 yards and two touchdowns, threw for 406 yards and five touchdowns and senior Tristan Castillo who, in addition to returning punts and kick-offs, caught eight passes for 107 yards.

“Joseph had a breakout game against Mission Vets about three weeks ago and he has played really well since that game,” Lee said. “Friday night he had nine catches for 242 yards and four touchdowns.”

“It was an exciting back-and-forth game,” Lee added. “We let them score with about 1:54 left hoping that we’d get the ball back one last time. They tied it with the extra point and I knew that with the 1:48 that we had, we had an opportunity to go down and score. We work on what we call our 9-1-1 every single week and that’s our fast paced stuff. It took us 1:36 to score the winning touchdown with a pass from Eddie Lee to Joseph.”

With that win the Diamondbacks are the last Valley team remaining in the playoffs. They have earned the right to play the Georgetown East View Patriots in the Regional round tomorrow.

When asked what he’s expecting from East View, Lee said, “They’re a lot like us. They’ve got a lot of good athletes. They run the spread and feature their tight end who is a big kid at 6 foot 4. Defensively they’re also a lot like us. They’ve got some speed, so we don’t have to defend anything different this week. We’ll be able to go against each other which is going to be nice.”

With two such impressive wins, Lee knows that his Diamondbacks are going to have to be at their best if they’re going to be among the select few Valley teams to have ever moved on to the fourth round.

“They’re not 8-2 for nothing,” Lee said. “We have a lot of respect for them and what they do. They’re going to provide challenges for us with the speed that they have, but we’ve been in these situations before. Last year it was the same thing when we played Pflugerville Weiss in the second round. We like our matchups and we think that it’s going to be another one of those back and forth games and the team that has the ball last is going to win.”

As well as the Diamondbacks have played to get this far, Lee firmly believes that the best is yet to come.

“We’ve only played seven games this year and they’ve (East View) played 11,” Lee said. “So we’re still getting better. That’s the way I look at it. We played really well in spurts on Friday and I believe that coming into this week our defense is going to be better.”

The Diamondbacks and East View Patriots are scheduled to play Saturday at 7 p.m. at Buccaneer Stadium in Corpus Christi.