The Hidalgo County Sheriff’s Office is seeking the public’s help in identifying the suspect of a weekend robbery at a Stripes convenience store. 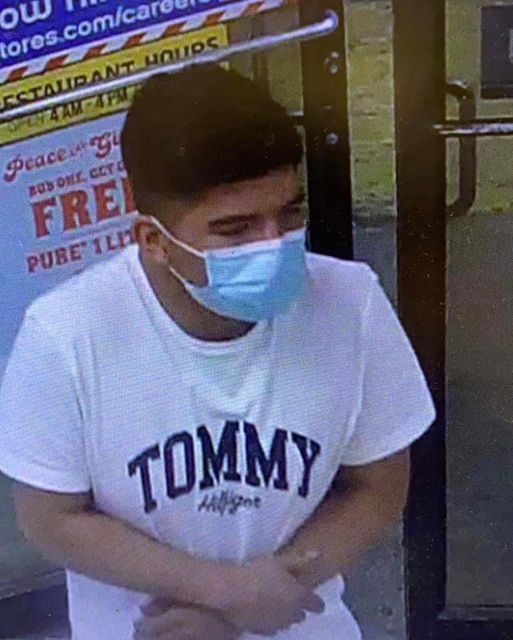 Hidalgo County Sheriff’s Deputies responded to an aggravated robbery at the Stripes convenience store located at the corner of 5 Mile Line and La Homa Road in rural Mission on Sunday, according to a social media post made Tuesday by the department.

Once they responded, deputies learned a male subject wearing a white shirt with the word “Tommy” on the chest area, beige shorts and dark colored tennis shoes was armed with a knife had robbed the store.

Officials did not say what the suspect had stolen.

Callers may be eligible for a reward if the tip leads to an arrest.