The Hidalgo County Sheriff’s Office fired a deputy on Tuesday after he was arrested on drug charges.

“I am committed to preserving the public’s confidence and trust in the Hidalgo County Sheriff’s Office,” Sheriff J.E. “Eddie” Guerra said in a statement. “We will continue to investigate any and all allegations of employee misconduct, and I will take the necessary and appropriate actions to maintain accountability and transparency to you, the citizens we serve.” 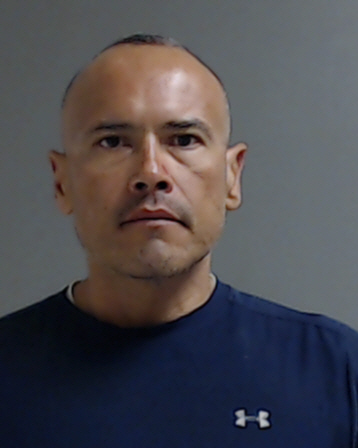 At about 8:21 p.m., the Donna Police Department received a call about a “truck traveling westbound on a bare rim,” according to Donna Municipal Court records.

When officers arrived, they found a silver Chevrolet Silverado parked nearby. The airbags had deployed and the truck had suffered heavy damage.

“Although not confirmed, Officers believe that the vehicle had been involved in a motor vehicle crash,” according to a news release from the police department. “Furthermore, officers learned that Rivera was an off-duty investigator with the Hidalgo County Sheriff’s Department, and the vehicle he had been operating was a department issued vehicle.”

He smelled like alcohol and had slurred speech, according to court records. Rivera admitted to drinking.

Officers asked Rivera to perform a standardized field sobriety test, but he refused.

“Although Rivera was being uncooperative, a blood search warrant was obtained to examine Rivera’s blood alcohol concentration, and the presence of any other narcotics in his system,” according to the news release.

After they arrested Rivera, officers searched the truck.

They found 96 alprazolam pills — the generic form of Xanax — in a bottle near the driver’s-side door, according to court records. They also found boxes of “Mazzogran Sildenafil,” which is marketed as a cure for erectile dysfunction.

Rivera spent the night in jail and appeared before a judge on Tuesday afternoon.

The judge informed Rivera about the charges and set bond at $25,000 with no cash deposit required.

“Can I make one request?” Rivera said during the brief hearing. “Can I have my attorney transport me directly to the county jail?”

The judge deferred to police, who denied the request. Officers transported Rivera to the Hidalgo County jail. He was released about two hours later.

Attorney Jorge Ortegon of McAllen, who represents Rivera, declined to comment. Rivera, however, commented on Facebook posts about his arrest.

“I’ll be vindicated sir,” Rivera wrote. “Evidence will speak for it self (sic).”

Rivera claimed he had prescriptions for the drugs.

“It was prescribed and not in use at the time. Unfortunately when you turn in your prescription they don’t give it back. But Donna PD is very impotent. Especially officer Orlando Vera who did a very poor job. And LT Hook (sic) for no reason found it important to insult. Small town police officers are very remedial and unprofessional.”

Rivera made similar remarks in June 2019, when the Palmhurst Police Department arrested him after a domestic disturbance.

At the time, Rivera was intoxicated, according to court records. He refused to cooperate with police, who charged him with assault on a peace officer, a second-degree felony.

Video from the incident, though, didn’t clearly show what happened.

The Hidalgo County District Attorney’s Office presented the Palmhurst case to a grand jury, which declined to issue an indictment.

Rivera was also charged with driving while intoxicated in 2003, according to Hidalgo County personnel records. He disclosed the arrest on a job application.

“On 01-29-03, I was a passenger in a motor vehicle involved in an accident in Edinburg, TX,” Rivera wrote. “The driver fled and I was arrested. Charges were dismissed and the subsequent arrest is in the process of expungement.”

Underneath the explanation, a handwritten note reads: “He initially lied.”