The City of Alton is investing approximately $500,000 in the first phase of a 17-acre storm water detention facility on North Trosper Road to alleviate flooding in the nearby neighborhoods.
“We are doing our best to address (citizen’s) needs in regards to drainage and flooding,” said city manager, Jeff Underwood. “I’m looking forward to getting it going, and getting it finished for the community.” 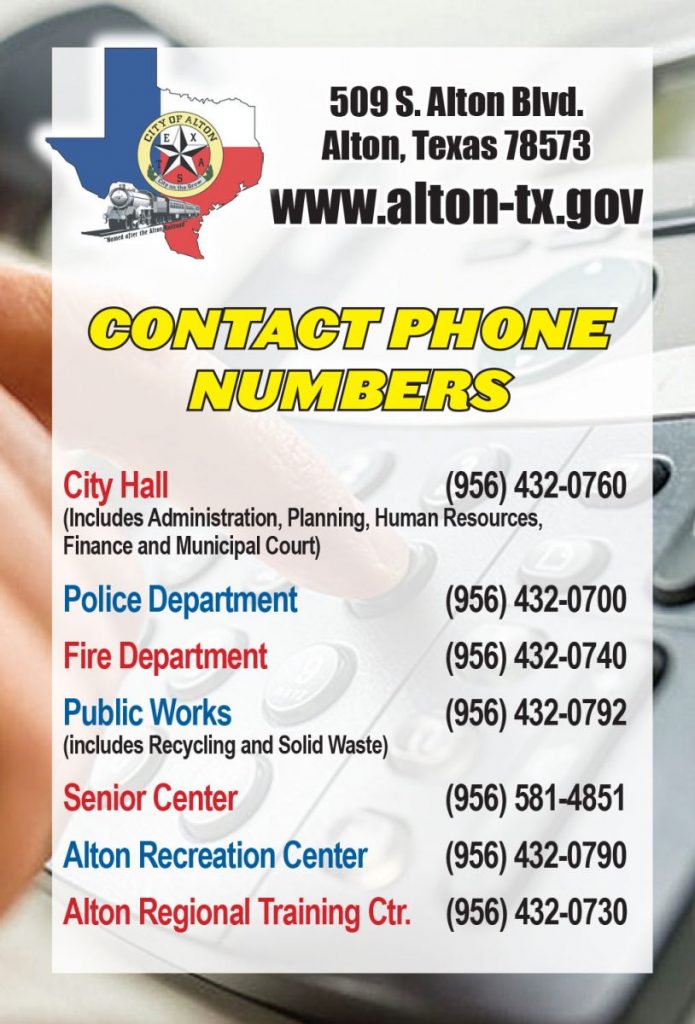 In 2017, the City of Alton engaged Halff Associates to develop a Master Drainage Plan for the City. Using topographic maps, the plan identified the homes and buildings near Main Avenue and Trosper Road as being at risk for substantial damage during major rain events.

In the summer of 2018, the plan became finalized, right after the flood.
In June 2020, the City purchased 17 acres from the Cesar Chavez Foundation on North Trosper Road in order to build the Regional Detention Facility and help alleviate flooding concerns for the nearby residents. Javier Hinojosa Engineering was retained by the city to design the facility and oversee the construction of the facility.
The Alton City Commission approved the bids for the project in December 2020.
The project has three phases. Phase 1 of the project is assigned to Mor-Wil, LLC, with construction commencing in March and project completion scheduled for early June. The construction of Phase 1 will provide sufficient storm water detention to mitigate damage to approximately 120 homes, Cantu Elementary School, and numerous surrounding businesses if a 10-year storm event occurs. The plan of the Regional Detention City is ultimately designed to provide relief in the event of a 25-year storm at a cost of approximately $1,500,000.
Underwood said that multiple drainage projects are in the works in order to mitigate flooding issues around the city and that this facility is just the beginning of flood alleviation for city-goers.
“We have 3 neighborhoods that were developed out in the county. They don’t have any drainage, they sit very low,” said Underwood.
The idea is to bring the drainage along 5 Mile Rd. , to 6 Mile, and pick up some subdivisions that have flooding issues to alleviate flooding. “It’s close to 700 homes that would mitigate flooding issues,” said Underwood.
In regards to the Drainage Facility, it should be done before Hurricane season.
“I think we can wrap it up before we hit the Hurricane Season,” said Underwood. “Hopefully the weather cooperates with that, so we don’t have that to worry about if it slows us down.”