About 26% of voters supported Villalobos, who placed first among the five candidates, according to preliminary results announced by the city of McAllen on Saturday. Vela Whitacre placed second with support from about 24% of voters. 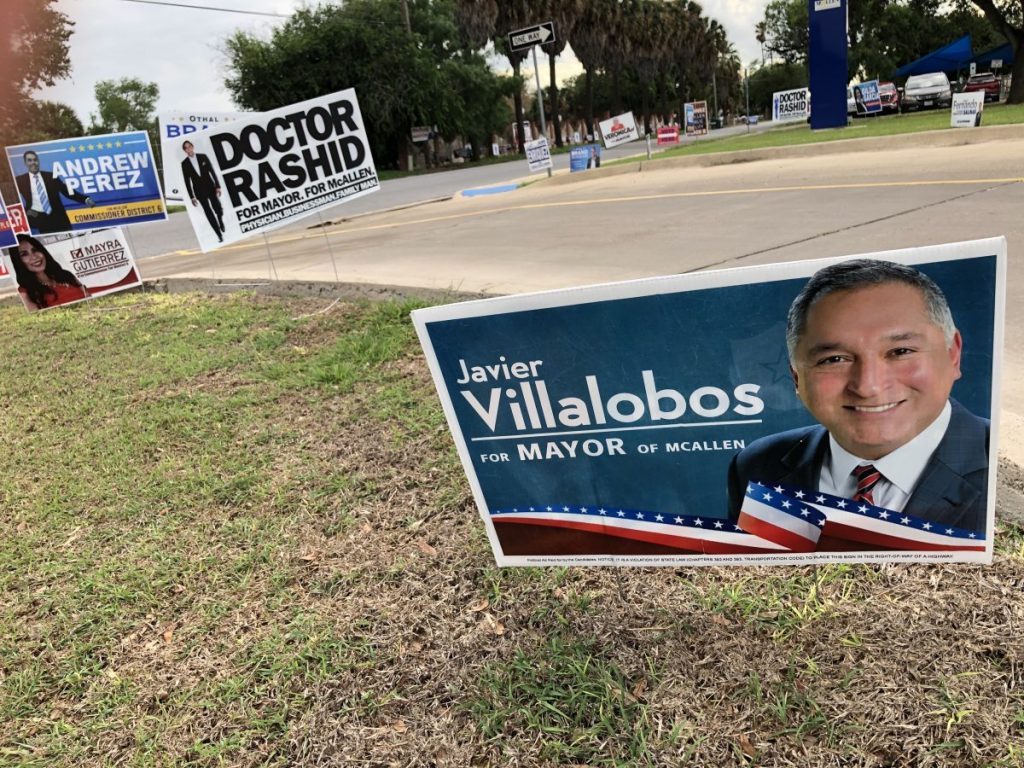 “I thank God every step of the way for helping me out, for being by my side and giving me the energy and for giving me the faith that I could do this,” Vela Whitacre said.

Villalobos couldn’t be reached for comment after the polls closed Saturday night.

None of the five candidates for mayor received a majority of the 10,119 ballots cast during the election — sending the race to a runoff.

“It was not an easy race. I thank all of my opponents. I thank Michael Fallek, I thank Javier Villalobos, I thank Dr. Rashid and, of course, I thank Mr. Brand,” Vela Whitacre said, adding that they campaigned hard but remained cordial throughout the election. “I thank them for that — and for a clean, strong race.”

The winner of the runoff election will replace Mayor Jim Darling, who decided not to run for a third term. That had a domino effect on City Commission and Public Utility Board elections.

Villalobos and Vela Whitacre filed for mayor, which created two openings on the City Commission. Public Utility Board Trustee Tony Aguirre decided to run for the seat vacated by Villalobos, which created an opening on the utility board. 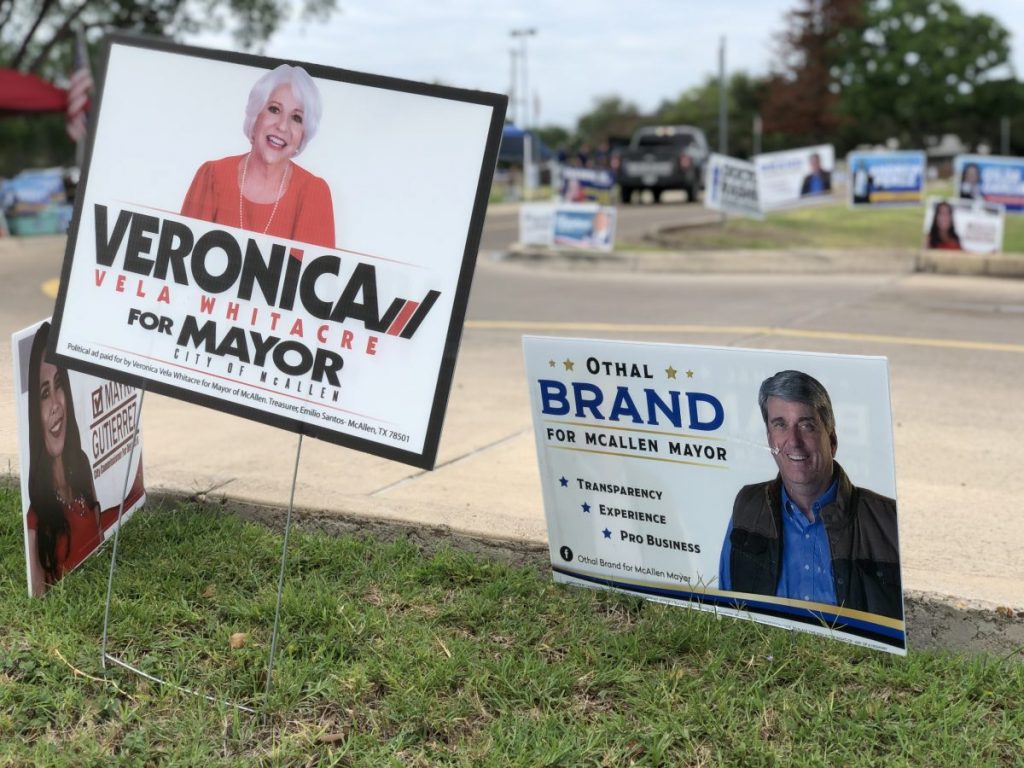 “I honestly believe that if Mayor Darling had run again, he would not have had an opponent,” said District 2 City Commissioner Joaquin “J.J.” Zamora.

Zamora said the mayoral election would be the most consequential since 1997, when Leo Montalvo defeated Othal Brand Sr. and became the first Hispanic mayor of McAllen.

“Whoever wins for mayor is going to take our city in a different direction,” Zamora said.

Businessman Tony Aguirre will head to a runoff with attorney Lucia Thompson in District 1.

“We worked it hard,” Aguirre said. “We had a lot of people that helped out and I appreciate everything.”

Aguirre said he’s ready to regroup for the runoff.

“We’re going to go head-to-head,” said Aguirre, who served on the Public Utility Board from 1993 to 2021. “And I need to express all of my qualifications and all of my experience.”

Thompson is also preparing for the runoff.

“I think it was expected with three candidates, statistically speaking,” Thompson said.

Thompson said she was happy about the turnout and hoped voters would stay engaged throughout the runoff.

“In 30 days, hopefully people are just as motivated to come out,” Thompson said.

The race for District 6 will head to a runoff between Jose R. “Pepe” Cabeza De Vaca, who works for Hidalgo County Precinct 1, and McAllen school board Trustee Larry Esparza.

Cabeza De Vaca said he knew with five candidates running for District 6, the race probably would result in a runoff. 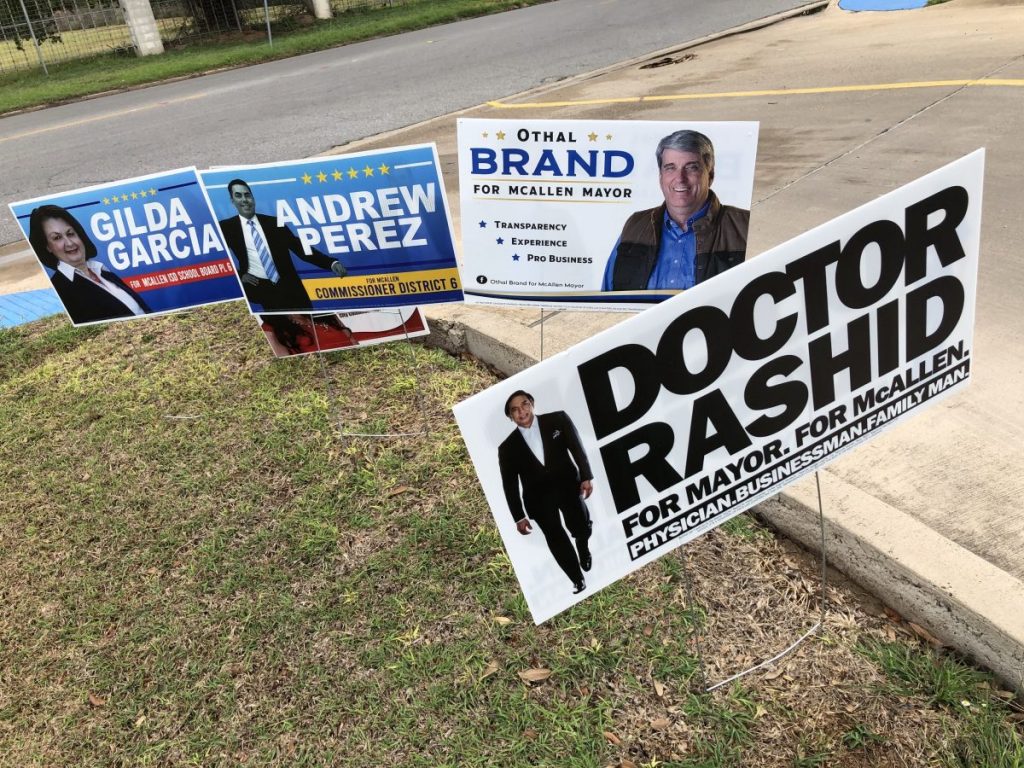 “We still worked it,” Cabeza De Vaca said. “We almost got it.”

Former City Commissioner Ric Godinez won Place “B” on the Public Utility Board. He received about 54% of ballots cast during the election, defeating former utility board Trustee Jaime Enriquez and businesswoman Dawn K. Goldammer.

“We need to have a better showing,” Zamora said. “The issue here is not a voter registration problem, it’s a going-out-to-vote problem.”

The election results will remain preliminary until canvassed by the City Commission on May 10.