More than three months after President Joe Biden paused construction on the border wall, leaving dozens of land condemnation lawsuits in limbo, the federal government announced Wednesday that a framework had been created to categorize them.

Attorneys for the government, though, still don’t know whether the Biden administration wants to drop the lawsuits or acquire the land for other border security projects.

“Before we begin, I was going to ask the lawyer who oversees all these on behalf of the government to just sort of bring everyone up to date on what’s happening,” Crane said. 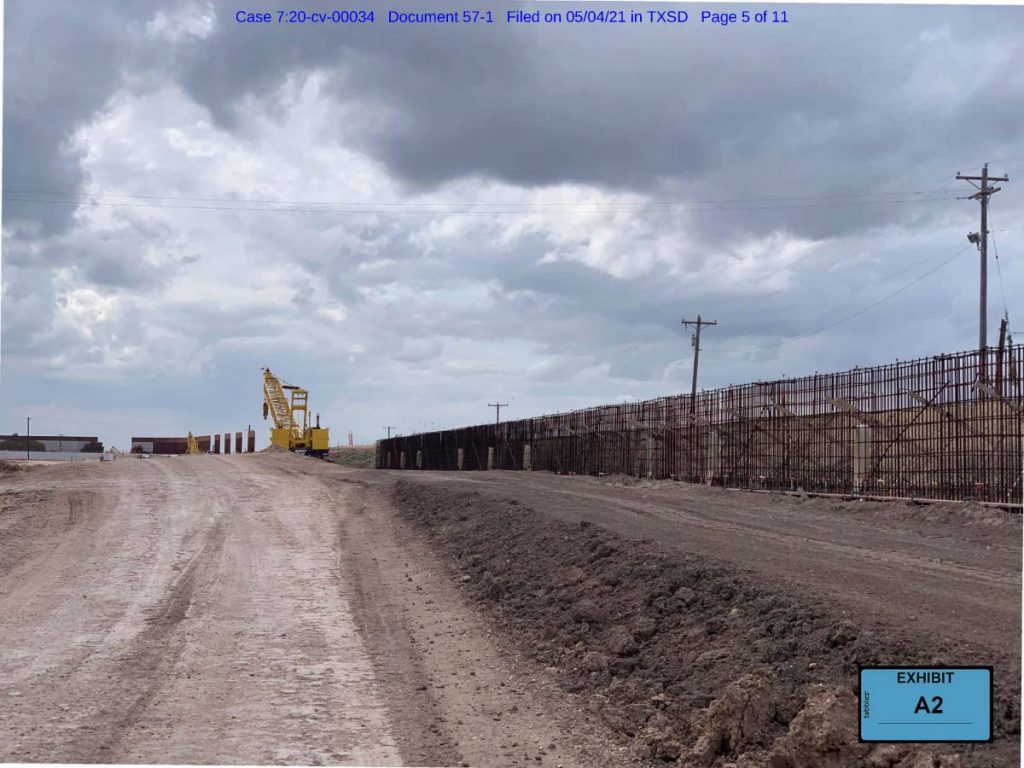 Fortco Properties Ltd. filed a photo of the unfinished border wall in a land condemnation lawsuit.

Smith said the land condemnation lawsuits had been divided into three categories.

Category 1 cases involve land where the federal government started building the border wall on parts of the levee system in Hidalgo County.

On Jan. 20, when Biden signed a proclamation that paused construction, work on both the wall and the levee stopped. That left gaps in the levee system.

The U.S. Army Corps of Engineers sent letters to three contractors on Monday night, asking them to resume construction. By Tuesday, at least one contractor had already started work.

“Now it’s just a matter of mobilizing employees, equipment and all of those things to get them back out there,” Smith said.

Category 2 cases involve land with earthen levees adjacent to land where the government built concrete-reinforced levees as part of the border wall project.

“The question will be: Will an earthen levee suffice when you have concrete on each side of it? Is that still going to be a sufficient levee?” Smith said.

Engineers will evaluate the levees and make that determination.

“So that’s a down-the-road category that I don’t have any answers for,” Smith said. “And I don’t think they will know until they’re out there doing that construction.” 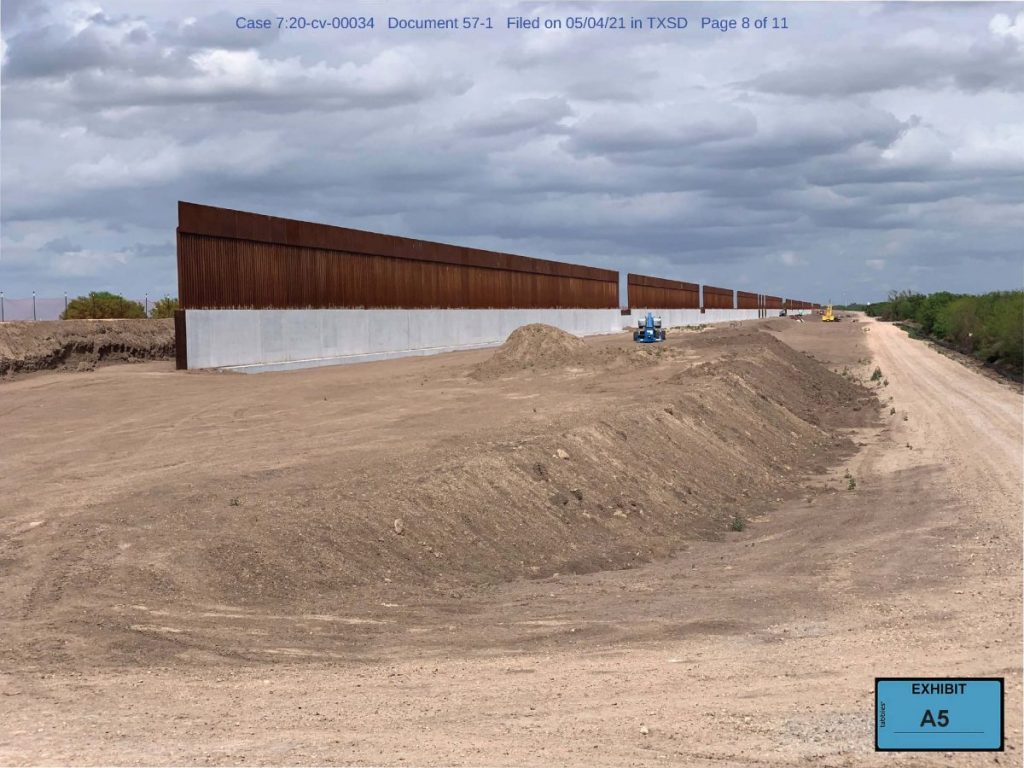 In some cases, land in Category 2 may be returned to property owners, Smith said. In others, the government may keep the land to build access roads for Border Patrol.

Some access roads abruptly stop where the wall stopped, Smith said, and resume less than a mile away at the next section of wall.

Smith estimated that 58 cases fell into Category 3. The majority of the cases involve land in Starr County.

“And the question is: What’s going to happen on that property?” Smith said.

The government could drop the cases and return the land to property owners, a process called revestment. In cases where ownership of the land is disputed, returning the property could be complicated.

If the government proceeds with land condemnation lawsuits, the U.S. Department of Homeland Security could build roads and surveillance towers rather than a border wall.

The U.S. Attorney’s Office for the Southern District of Texas, which is handling the cases, doesn’t know how the government wants to proceed.