Mission CISD school board President Minnie Rodgers said she had a farewell speech prepared for when the new board president was voted into office, but she didn’t have the opportunity to read it. Two different motions to reorganize the trustees failed at the June 23 school board meeting.

Following a public hearing and a two-hour-long assembly, the trustees had finally reached the agenda item allowing possible nomination and election of Mission CISD board of trustees officers and board of trustees reorganization. 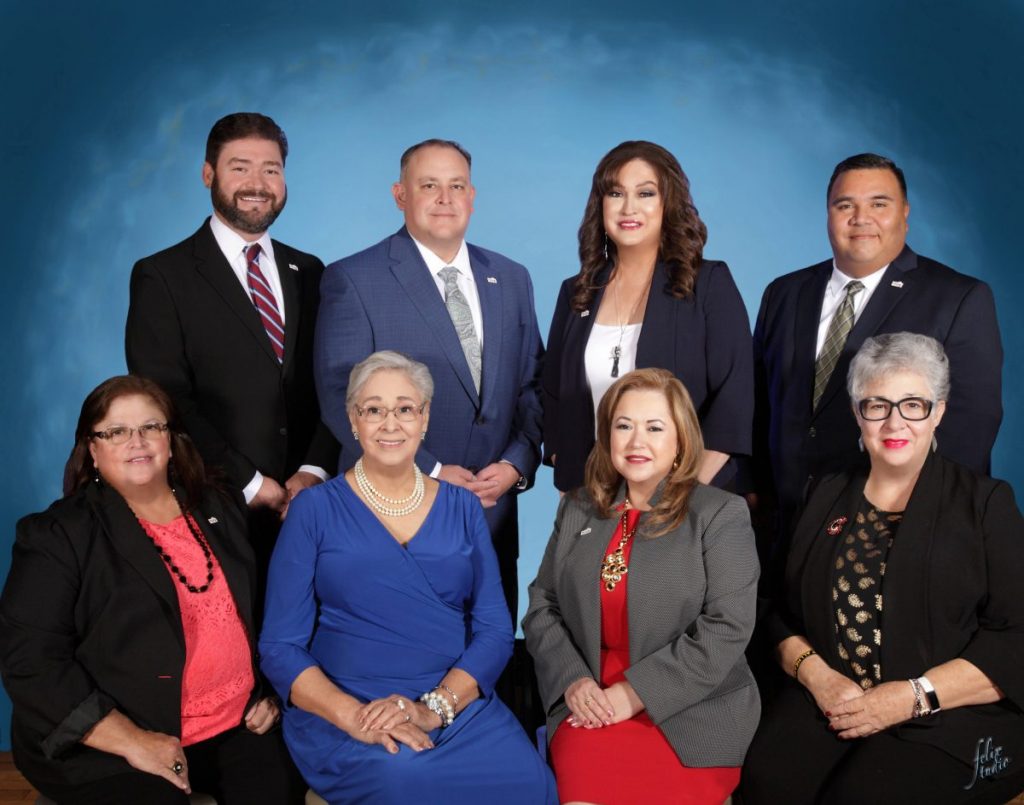 Member Petra Ramirez was first to nominate Jerry Zamora for president, Veronica “Betty” Mendoza for vice president and Juan Gonzalez for secretary. The motion failed with a 3-3 vote. Ramirez, Gonzalez and Rodgers voted in favor of the slate; trustees Roy Vela, Iris Iglesias and Zamora voted against it. Mendoza was absent from the meeting and therefore did not vote.

After some back and forth with the district attorney David Hansen and confusion about who voted for or against the motion, Vela made a second motion — Zamora for president, Mendoza for vice president and Iglesias for secretary. The motion failed with a 3-3 vote again. Vela, Iglesias and Zamora voted in favor of the slate; Ramirez, Gonzalez and Rodgers against.

Attorney David Hansen said the officers will remain unchanged until the board votes at the next meeting, which has not yet been posted. Rodgers will remain president, Zamora will stay vice president and Mendoza will continue as secretary.

The role of the board secretary is to record the meeting minutes and maintain records. Each trustee rotates different officer titles on the school board throughout their terms. Depending on which member is voted secretary at the next meeting, the other member will still have the opportunity to hold that position at a later point in time.

After attempts to interview the board members on why the decision was split, Ramirez stated the attorney advised the members to not discuss the matter until the board’s decision is finalized.