“This article first appeared in the July 9 issue of the Progress Times.”

In the spirit of Independence Day, the South Texas Health System partnered with a local car club, RGV Big Dawgs, and the City of Edinburg for a special pre-Fourth of July parade for the pediatric patients at STHS Children’s on Saturday.

“When you’re a kid…it’s just tough to be in a hospital,” said Lance Ames, Chief Executive Officer of South Texas Children’s. “I think that everyone upstairs, all of our patients and families, are definitely having a smile on their face today.” 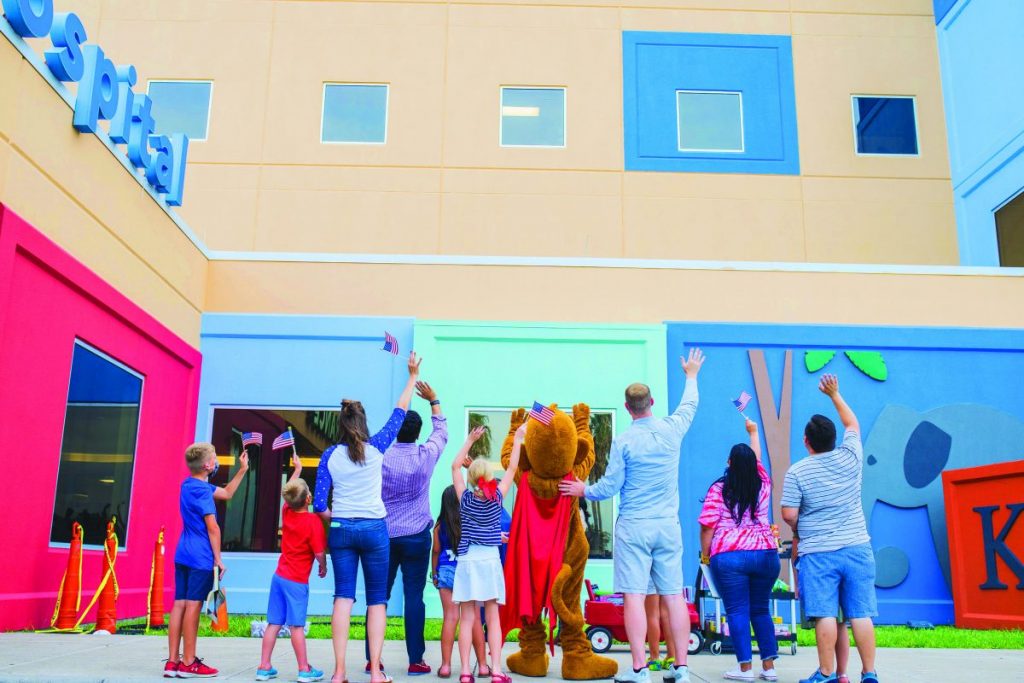 STHS members and volunteers waved at patients looking down from their rooms.

Over 60 decorated cars and trucks with decals, streamers, and LED lights looped through the main entrance, with drivers honking and blaring sirens while passengers waved and passed toys to attendees and volunteers. Aside from the Big Dawgs car club, RGV Bikes & Babez, Street Girl Racing, and South Texas Regulators also helped support the cause with their participation in the parade.

Yara Mendoza, Nurse Director for Pediatric Clinical Care Services, said that the city of Edinburg is always reaching out and making sure that the patients could get a slice of excitement aside from their daily routine.

“The clubs and the city of Edinburg have always helped us, and they also reach out [and] make sure that the kids at our hospital have the opportunity to celebrate the holiday,” said Mendoza, making this pre-Independence Day event worth all the while.

RGV Big Dawgs, recently established in May, works as a family-based non-profit that aims to better and benefit the RGV community. 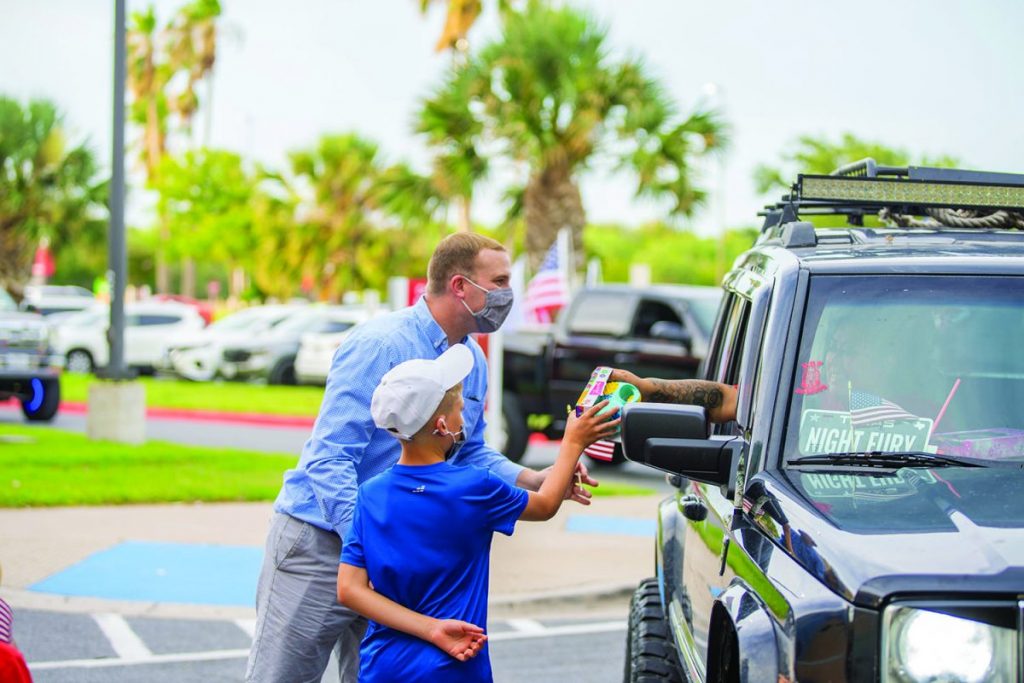 “We’re fairly new, but it’s amazing what you can do when you unite and come together,” said Social Event Coordinator Sandra Vicencio. “It can get done, no matter where you live in the Valley,” said Vicencio about acts of kindness never being out of reach for a community.

Ames said that Big Dawgs’ Nerida Muñoz, an event coordinator assistant, reached out to STHS to support the children who don’t have visitors or go outside their rooms due to the COVID-19 pandemic.

As a former STHS Children’s patient herself, Muñoz felt the most she could do was give back to the community who helped nurse her back to health after her appendix ruptured when she was 13.

“We kind of put two and two together,” said Muñoz, saying that she would recall how hospitable the nurses and doctors were and how encouraging they were to have the kids get out of their rooms, interact and have fun.

“They made sure I was in good hands,” said Muñoz, saying that the doctors and staff treat patients as if they were family.

Big Dawg members took the time to greet the children from the front entrance, waving up at the patients looking down. After the final loop of the parade and as the sun began to set, they lit sparklers and twirled them around for the kids to see.

“This is what it’s all about,” said Ames. “It’s coming together like this and providing service and being there for each other.”