Homer Martinez, head cross country coach and distance coach at ENHS, said Erickson “is one of those rare ones” that come in once in a while.

“It’s a great loss for us and the school district and the students of Edinburg,” said Martinez, who knew Erickson both as a colleague and a personal friend. “He proved himself as a coach. And that’s what he left behind.” 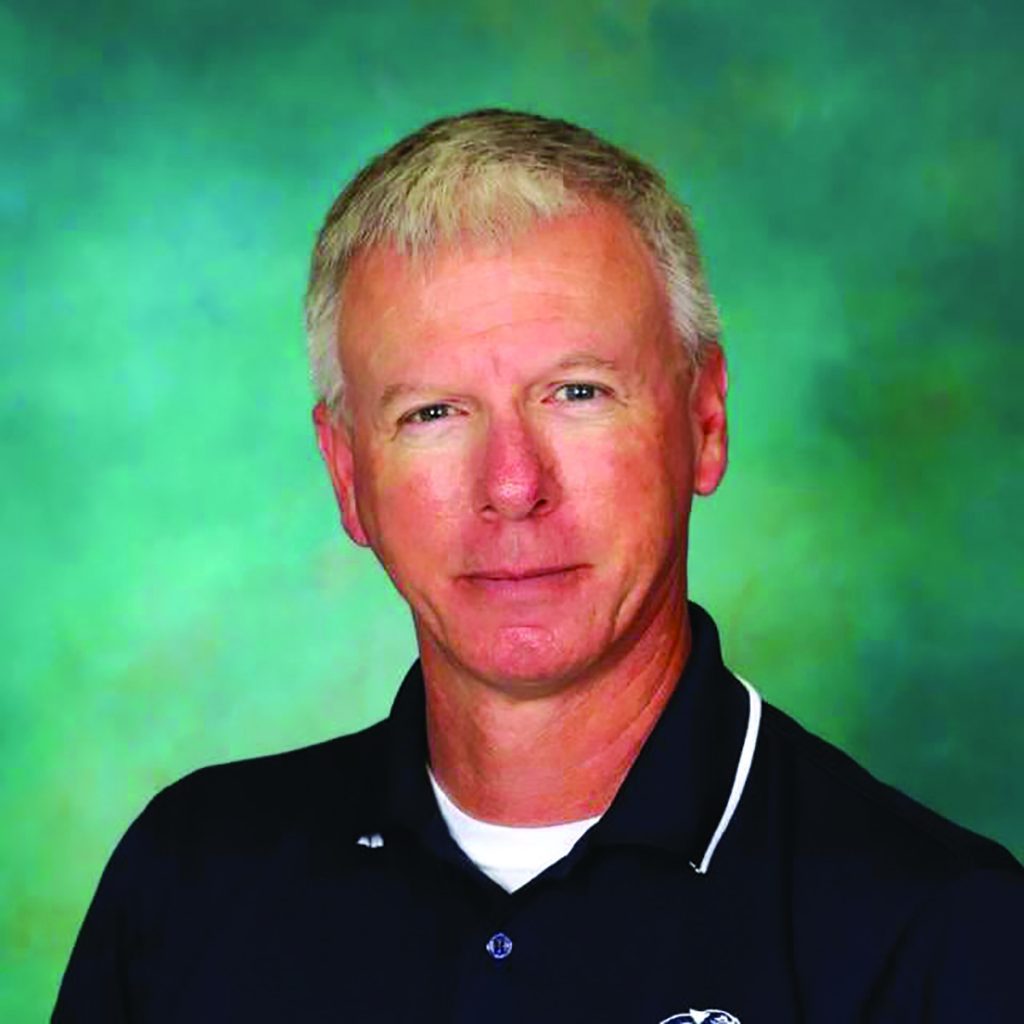 After being an excellent distance runner and coaching at former UT Pan-American and Texas State, Erickson joined the ECISD family 24 years ago in 1999 as an assistant track coach. He also worked as a head track coach for Economedes High School.

ECISD Superintendent Dr. Mario H. Salinas was a principal of Edinburg North in 1998 when Martinez introduced Erickson to him.

“He brought him to my office, and he comes in here with a portfolio and resume, and he shows me a reference letter from the head track and cross-country coach from Arkansas, John McDonnell,” said Salinas. The letter vouched for his character and his knowledge in track and field.

“Then he has another letter from Charles Austin…Coach Erickson coached him in Southwest Texas State,” Salinas said, as he was in awe of the letter. “And then he pulled out the third letter from Tom Tellez, who coached Carl Lewis,” said Salinas, who then hired Erickson.

“I’ve met many people in my career…this man was a highly intelligent individual. Not only did he know track and field, [he knew] just about any topic. He was a walking encyclopedia,” Salinas said fondly of the late coach.

Coach Martinez stated that students would “gravitate towards” Erickson, and some would leave other extracurriculars to join track and field.

Edinburg natives Omar and Joshua Doria were able to experience Erickson’s presence as an impactful educator and coach both on the track and off of it.

Joshua, a student and runner at Fort Hayes University, said his relationship with Coach Erickson was an impactful one that felt familial, like father and son.

“He would help out anybody struggling in academics, sports,” said Joshua, who said that Erickson was professional and had a passion for being a coach.

Joshua recalls that Erickson was serious with academics and highly encouraged students to prioritize that before sports.

“Overall, he was one of the greatest coaches there in Edinburg, or of all time, I could say,” said Doria. “He was family of Edinburg and the Valley.”

“He’s impacted a lot of us athletes over the years,” said Omar, who is currently a physician assistant. “He was a very mellow, happy-go-lucky guy. Very knowledgeable, very wise.”

“Other coaches and athletes from other schools would always remember. They knew who was saying ‘shift.’ It was always Doug,” said Omar, who said Erickson would always motivate his athletes.

Omar said that Erickson was a stand-out coach and said that many students and athletes saw him as a father figure. Omar graduated from ENHS in 2006.

“He passed away too young. I know he wanted to retire in the near future,” said Omar, who has known Erickson for 18 years. “I’m sure he’s always going to be remembered by all his athletes, by his friends, [and] his family as a positive impact.”