On Sept. 15, when they heard the U.S. Drug Enforcement Administration had arrested Justice of the Peace Roel Valadez, the men at Star Barbershop couldn’t believe it.

The owner, Jessie Cesar, had known Valadez since high school. After he became a barber, Valadez would stop by for haircuts.

Valadez handed out Christmas presents in Las Lomas, where some parents struggled to afford toys. When the school year started, Valadez purchased supplies for students. And perhaps most importantly, Valadez had a reputation for picking up the phone when people called.

“I know my truth may not seem like the truth to you,” Cesar said. “But he wasn’t the capo of Rio Grande City.” 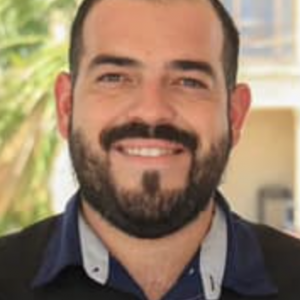 After he graduated from high school, Roel Valadez Jr., 31, of Rio Grande City — known to many simply as “Role” — went into business with his father.

“They would tow cars,” Cesar said. “And they would also fix cars at his dad’s shop.”

In 2018, he challenged Starr County Precinct 4 Justice of the Peace Martin “M&M” Martinez Jr. in the Democratic Party primary. Valadez defeated Martinez in the runoff and ran unopposed that November.

Valadez planned to run for county commissioner, Cesar said, and had started lining up supporters.

“Why be a drug dealer when you’re trying to climb up the political ladder?” Cesar said. “It doesn’t make any sense.”

The DEA, however, saw a different side of Valadez.

Garza smuggled marijuana, cocaine and methamphetamine through Starr County from July 2020 to September 2021, according to the indictment. He pleaded not guilty.

The indictment charged Valadez with participating in the conspiracy but didn’t explain what, exactly, he did. More details surfaced last week, when Valadez appeared in court for a detention hearing.

“He’s been willing to do favors for individuals such as Ignacio Garza who he knows to be — or admitted to the agents that he knew to be — a drug trafficker,” said Assistant U.S. Attorney Patricia Cook Profit. “And he provided them with sensitive law enforcement information.”

After they arrested him, agents questioned Valadez about Garza.

Attorney Carlos A. Garcia of Mission, who represents Garza, didn’t agree with that characterization.

“I don’t know where the government’s getting its facts,” Garcia said. “Just because someone donates to a campaign doesn’t mean that someone’s funding anything.”

How much Valadez spent and who funded his campaign may remain a mystery.

Valadez didn’t submit a single campaign finance report when he ran for justice of the peace, according to the Starr County Elections Department.

Along with assisting smugglers, Profit said that Valadez had negotiated drug deals himself.

The government started monitoring Valadez’s phone calls in February, according to a criminal complaint filed against Javier Eden Gonzalez Jr., 37, of Rio Grande City on Sept. 16.

The FBI logged “about 116 wire interceptions” between Valadez and Gonzalez during the investigation. After they arrested Valadez, agents questioned him about Gonzalez.

“During the interview VALADEZ Jr. admitted to FBI Agents that on several occasions GONZALEZ Jr. provided VALADEZ Jr. with high grade marijuana,” according to the criminal complaint.

During one phone call, Gonzalez said he “got a whole one” for 230.

The FBI concluded that meant “GONZALEZ Jr. is advising VALADEZ Jr. that he, (GONZALEZ Jr.) got a pound of hydroponic marijuana valued at $230.00 in his possession, with the intent to distribute to VALADEZ Jr.,” according to the criminal complaint.

Attorney Douglas A. A’Hern, who represents Gonzalez, said he believed the conversation actually referred to an ounce of marijuana, not a pound.

Valadez isn’t the only member of his family with links to drug trafficking, Profit said, adding that “the government has information that, for periods of time, his father has been involved in trafficking cocaine.”

By the time he posted bond, the State Commission on Judicial Conduct had already suspended Valadez.

“A man of the people, that’s the best way I can describe him. He did what he could for the community,” Canales said. “A lot of people are very surprised and shocked by the allegations.”

If convicted on the conspiracy charge, Valadez faces 10 years to life in federal prison.

Cesar, the barber, said he wished Valadez the best.