IDEA Public Schools filed a lawsuit against Texas Attorney General Ken Paxton in mid-October, attempting to block the release of records that may explain why the charter school system purchased a hotel in Cameron County.

IDEA purchased the Inn at Chachalaca Bend, a boutique hotel in Los Fresnos, during October 2019.

IDEA purchased the Inn at Chachalaca Bend from a nonprofit organization called To Every Tribe Ministries, according to documents filed with the Cameron County Clerk’s Office. The Cameron County Appraisal District valued the hotel and surrounding property at more than $1 million.

How much IDEA paid remains a mystery. 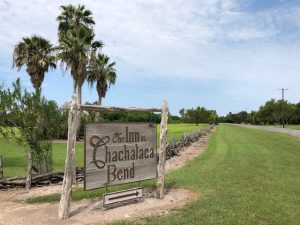 The Inn at Chachalaca Bend. (Photo by Dave Hendricks / The Progress Times)

The Progress Times filed a public information request with IDEA on May 27, 2021, for all documents relating or referring to the purchase.

IDEA claimed it had identified 56,386 documents responsive to the request.

To avoid paying thousands for copies, the Progress Times asked to view the documents. IDEA responded by requesting a decision from the Attorney General’s Office.

“By way of background information, shortly after the start of calendar year 2020, IDEA was made aware of potential discrepancies in the manner in which IDEA’s former Chief Financial Officer had been accounting for IDEA funds,” according to a letter from IDEA to the Attorney General’s Office. “Immediately after learning of these potential discrepancies, IDEA launched an independent audit of the financial transactions authorized by multiple chiefs and administrators working out of IDEA’s headquarters in Weslaco, Texas.”

“This team of auditors and investigators have been conducting a thorough multi-year review of IDEA’s financial transactions and those of various chiefs and administrators,” according to the letter.

IDEA argued that all 56,386 documents were covered by exceptions to the Texas Public Information Act, including exceptions for pending litigation, law enforcement investigations and audit working papers.

The Attorney General’s Office issued a letter ruling in September, directing IDEA to release some of the records.

Instead of releasing the documents, IDEA filed a lawsuit against the Attorney General’s Office.

“The property in Los Fresnos was purchased in 2019 under prior executive leadership,” according to a statement released by IDEA. “Earlier this year, IDEA’s Board authorized marketing of the property for sale, and IDEA has been in discussions with prospective buyers.”

“IDEA’s Board has been forthright about the reasons for its actions in May 2021 to install new leadership at IDEA and for the policy changes the Board implemented in 2020 to ensure that every resource entrusted to IDEA is directed toward our mission of supporting students to and through college,” according to the statement. “Members of the news media and public have requested certain records from IDEA that would shine further light on the Board’s reasons for those decisions and actions. IDEA is seeking judicial approval to withhold some of these records at the request of law enforcement and because they are part of an ongoing internal investigation, which triggers an exception of the Texas Public Information Act. It is in the public’s interest that law enforcement’s investigation and any resultant actions be able to be completed before these records are released.”