“This is the way the program works,” said attorney Artemio De La Fuente of Edinburg, who represented Garza. “And if you successfully complete it, this is the reward.”

Roberto “Robert” Garza, 68, of Brownsville retired in 2005 after two decades on the bench.

After practicing law with his son, Garza became a visiting judge in 2017, according to information provided by the Fifth Administrative Judicial Region. 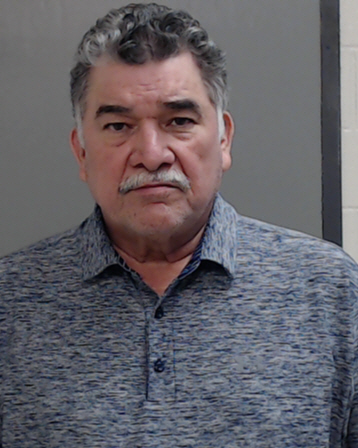 The Palmview Police Department arrested Garza after a traffic stop on Dec. 19, 2018.

“As I was able to catch up to the vehicle, the driver of the vehicle refused to stop,” Alaniz wrote in her report, which accused Garza of ignoring her emergency lights.

Garza pulled over near the intersection of Expressway 83 and Business 83 in Peñitas.

When he opened the glove compartment, officers noticed that Garza had a handgun. They asked him to step out of the car.

Officers also noticed that Garza had bloodshot eyes and struggled to stand.

Garza said he’d been at “a gathering with some friends,” according to the report, and had been drinking beer.

“He advised he couldn’t do it because he had injured his legs,” according to the report.

The officers asked Garza what brought him to Palmview at 1 a.m.

While they were talking, Garza urinated on himself, according to the report.

He blew into a portable breath test, which showed Garza had a blood alcohol concentration of at least 0.154 — nearly twice the legal limit.

Officers arrested Garza and brought him back to the police department, where he refused to provide another breath sample.

Garza was charged with driving while intoxicated, a Class B misdemeanor; unlawfully carrying a weapon, a Class A misdemeanor; and evading arrest or detention with a vehicle, a third-degree felony.

“There was never a strong case for the state on that charge based on the facts of the case,” De La Fuente said.

Garza wasn’t familiar with the area, De La Fuente said, and wasn’t sure where to stop.

“As soon as the judge saw the opportunity to pull over, he did so,” De La Fuente said.

As part of the pretrial diversion program, Garza made an “admission of guilt” in December 2020.

The District Attorney’s Office filed a motion to dismiss the charges on Dec. 8.

“Defendant successfully completed Pre-Trial Diversion Program,” according to the motion, “and State elects not to prosecute.”