The McAllen City Commission met privately on Monday to discuss the development of Boeye Reservoir.

After roughly 1 hour and 40 minutes behind closed doors, the City Commission authorized City Manager Roy Rodriguez and City Attorney Isaac Tawil to “take those actions necessary and appropriate to continue the engagements necessary to further the matters described in executive session.”

What, exactly, that means is a mystery.

The Texas Open Meetings Act allows the City Commission to meet privately — in what is called “executive session” — to discuss economic development.

Boeye Reservoir is located south of Interstate 2 between Bicentennial Boulevard and 23rd Street, near La Plaza Mall and the McAllen airport. The City Commission wants to drain the reservoir and make the property available for commercial development.

“It’s about 70 acres. Prime property. Prime location,” said Mayor Javier Villalobos. “Of course, we need to work on it because it is a reservoir.” 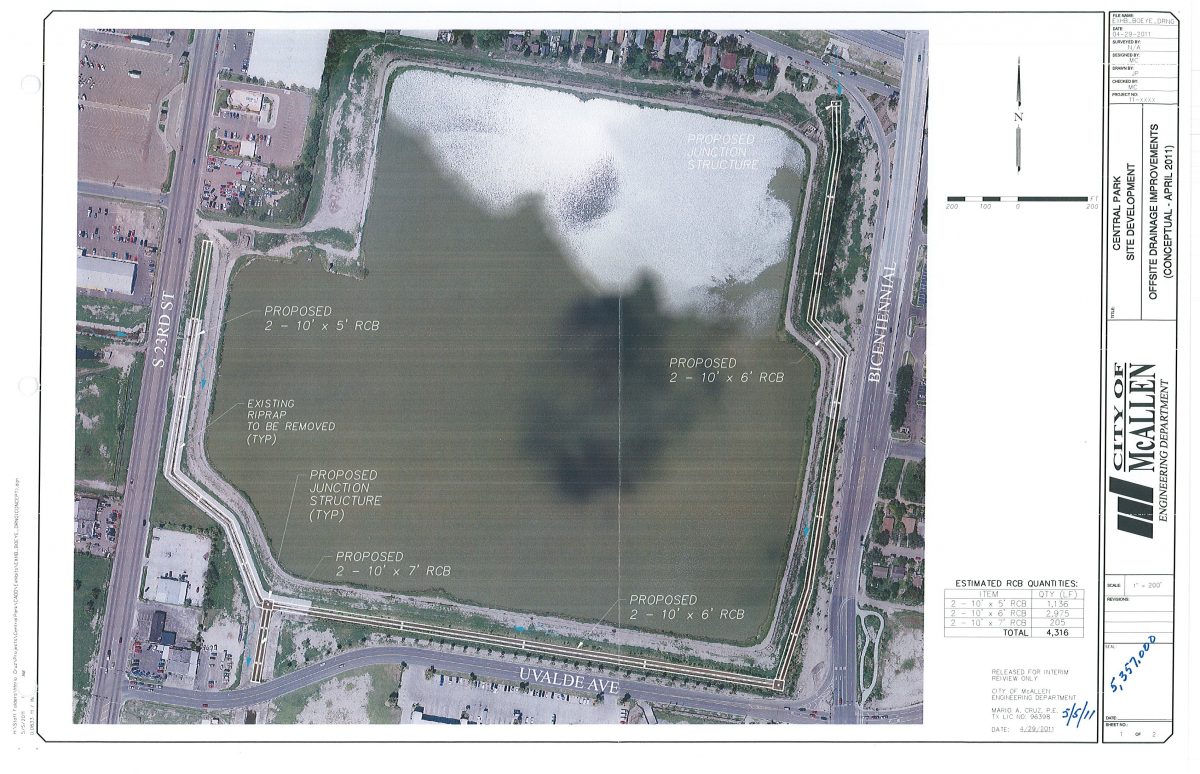 An aerial photo of the Boeye Reservoir property. (Courtesy of the city of McAllen.)

In 2007, the city hired Henry S. Miller Sustainable Partners to come up with a master plan for Boeye Reservoir.

It assembled a “dream team of town planners, architects, engineers, ecologists, developers and financial analysts to conduct a weeklong master-planning event,” according to a report prepared by the firm. They came up with a plan that included a museum, performing arts center and birding pavilion, among other amenities.

The project stalled during the recession and McAllen terminated the agreement with Henry S. Miller Sustainable Partners in 2011 after paying the company $275,000. 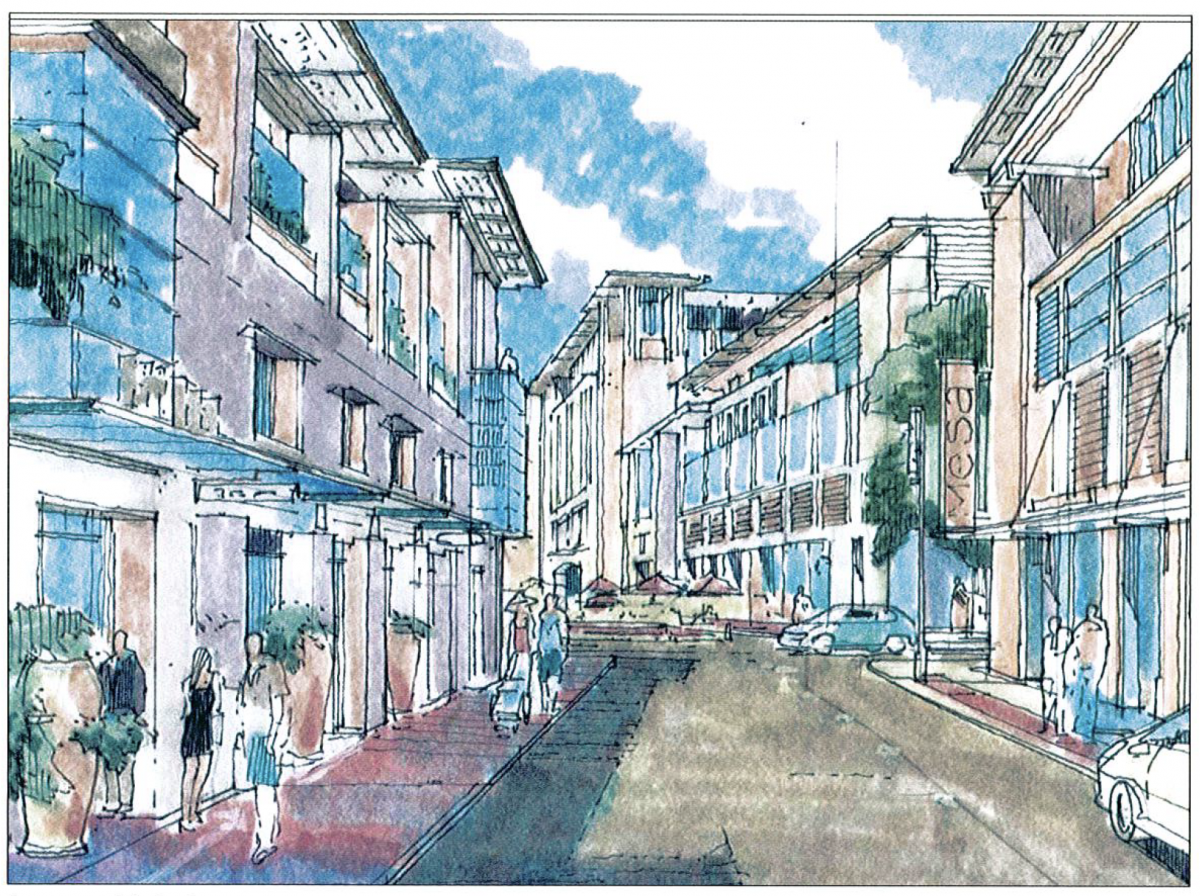 Months after McAllen terminated the agreement, the city solicited new proposals for the Boeye Reservoir property.

Cortez recused himself, but the City Commission remained uncomfortable with the prospect of selling city property to a company affiliated with the mayor.

As part of the plan, the City Commission spent $14 million on a new reservoir south of McAllen-Miller International Airport. The city held a dedication ceremony for the project in March 2013. 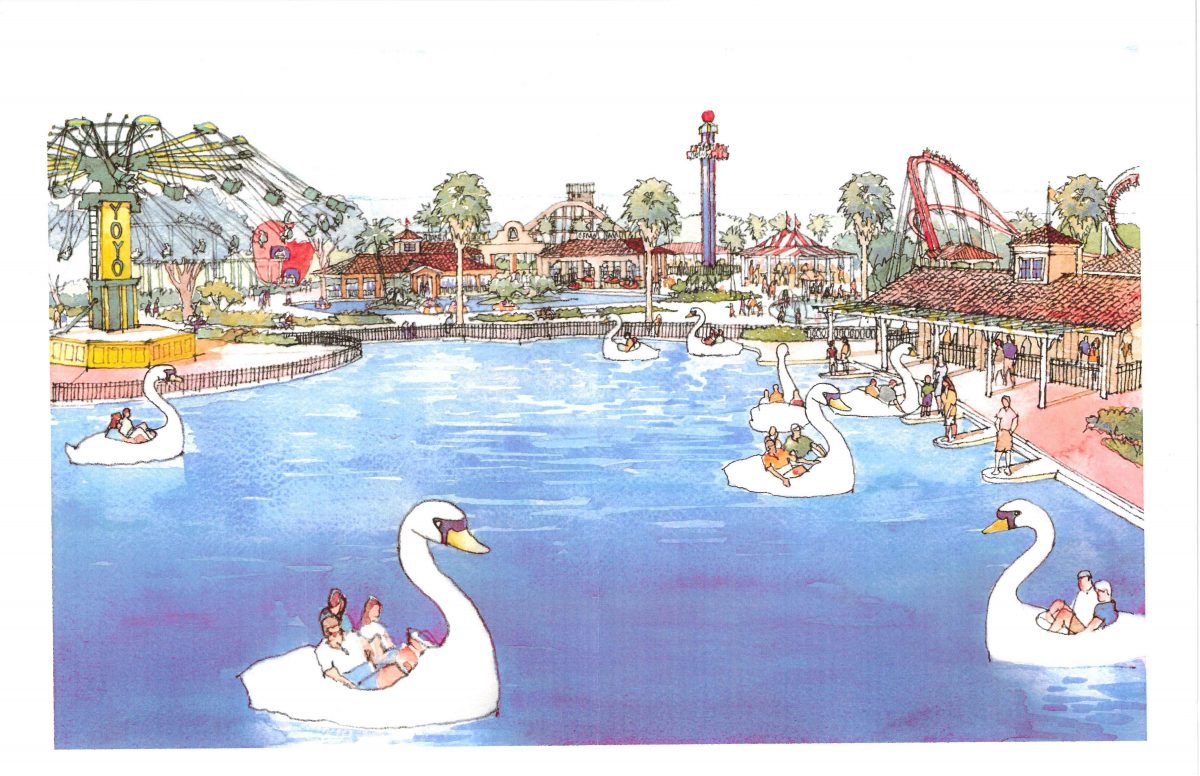 The City Commision quietly reviewed at least two other proposals during the past few years.

One involved Crystal Lagoons, a company headquartered in Miami, according to two people familiar with the matter, who spoke on the condition of anonymity.

“These complexes can revitalize vacant lots, shopping centers, intensify the use of public parks, and take advantage of underutilized land in the center of racetracks or golf courses, among others,” according to a statement released by the company. “They offer a new meeting place and improve the quality of life of millions of people by giving them access to a piece of the Caribbean just steps away from their homes.”

According to Crystal Lagoons, the company is working on more than 1,100 projects worldwide, including 275 in the United States.

“Crystal Lagoons currently has three operational projects in Texas: Balmoral in Humble, Windsong Ranch in Prosper, and Lago Mar in Texas City,” according to a statement released by the company. “Additionally, at least 26 other projects are in different development and negotiation stages across the state.”

Among them is a project in McAllen, which is listed on the company website.

“Unfortunately, that project is currently in a very early stage,” said Ignacio Rivera Fresno of Quórum Comunicaciones, a public relations agency that represents Crystal Lagoons. “So we can’t share details about it.” 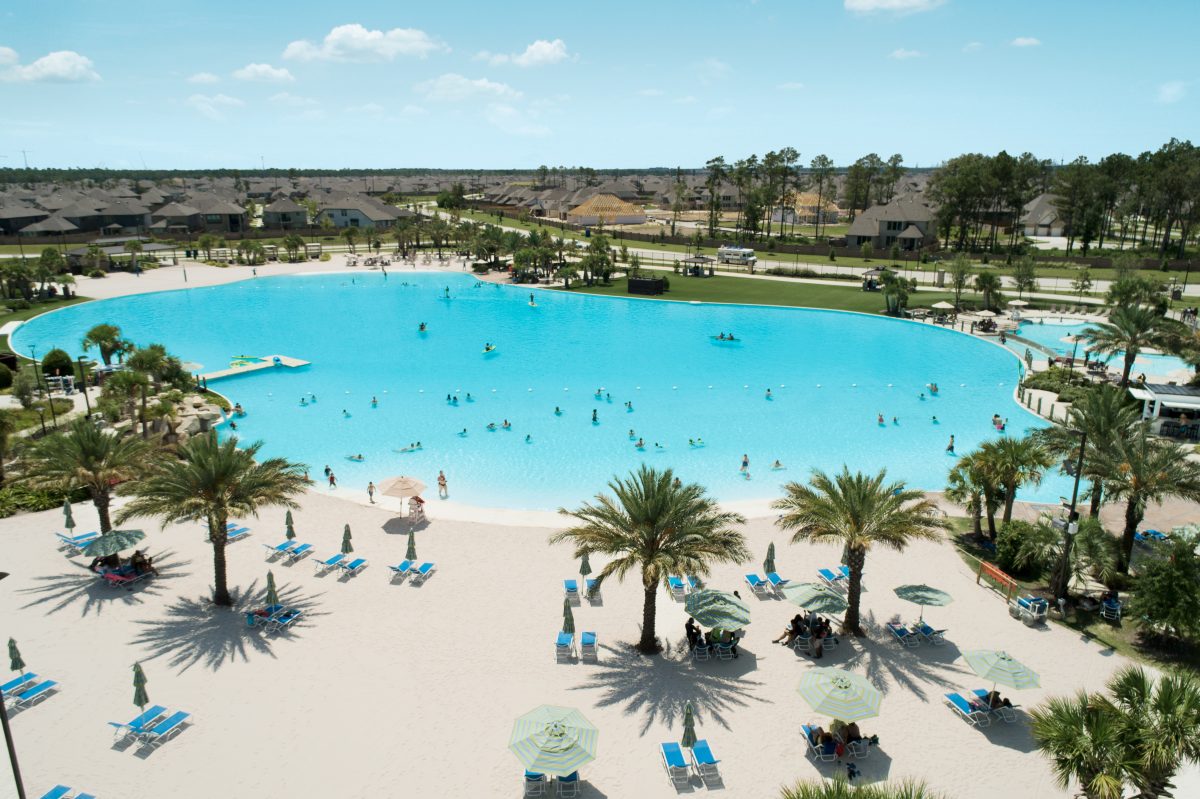 The City Commission talked about the lagoon project before the pandemic, but McAllen didn’t take action.

McAllen also discussed a deal with Amazon that involved the Boeye Reservoir property, according to three people familiar with the matter, who spoke on the condition of anonymity.

“We are revisiting something that we looked at before,” Zamora said, without elaborating.

“It’s in the interest of the City Commission to move forward and do something there,” Cabeza de Vaca said. “That’s for sure.”