The four-way race for mayor of Mission will head to a runoff between City Councilwoman Norie Gonzalez Garza and Mayor Armando “Doc” O’caña.

Gonzalez Garza received nearly 37% of 7,576 ballots cast during the mayoral election, according to preliminary results published by the Hidalgo County Elections Department on Saturday night.

“I just think that our residents, our citizens, are tired of all of the negativity,” Gonzalez Garza said, adding that she wanted to shed light on good things happening in Mission. “And I want to just be positive.”

O’caña received about 33% of the vote.

“Well, I think we just have to do an analysis. Go back and regroup,” O’caña said. “Obviously, I think I’m making the runoff. I’m still in it.”

“Our votes are very loyal votes,” Salinas said. “We didn’t pay anybody. They were paying people all over the city.” 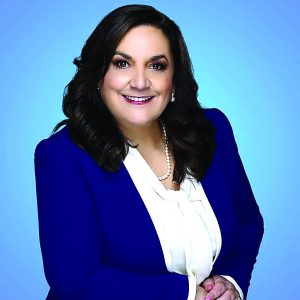 The fourth candidate, a 22-year-old college student named Victor Anzaldua, received about 2% of the vote.

Running for mayor was a great experience, Anzaldua said, and he enjoyed working the polls.

No candidate won a majority of the vote Saturday. As a result, Mission must hold a runoff election.

The campaign pitted O’caña against three challengers. In some respects, however, the mayoral race was a rematch between O’caña and Salinas.

O’caña, a retired La Joya Independent School District administrator, beat Salinas by 157 votes in 2018. The results sent a shockwave through Mission, where Salinas had been the mayor for 20 years.

“I find the evidence is clear that there was a combination or conspiracy by the campaign of Dr. O’caña to do this. And I say that because the evidence is that several members of the campaign were working together in concert to bribe voters, to take the mail-in ballots and mail them separately,” Dorsey said on Oct. 5, 2018, moments after the trial ended. “I find by clear and convincing evidence that the number of illegal votes was in excess of 158 — somewhere in excess of 158. There’s no way to possibly determine.”

The 13th Court of Appeals disagreed.

“Considering direct evidence of both bribed votes and harvested ballots, there were at most 31 votes for which there was clear and convincing evidence of illegality—far short of the amount which would cast doubt on the results of the election,” according to the opinion, which the court released on March 29, 2019. “This case therefore hinges on the circumstantial evidence of illegal votes.”

With the lawsuit behind him, O’caña turned his attention to governing.

He created boards and committees that brought more people into the decision-making process. He encouraged Mission to think regionally. And he pushed forward with the long-delayed Madero bridge project.

“I like active participation from the citizens,” O’caña said. “And you know why? Who do you think the city belongs to? To the citizens. And the more I get them involved, I think, for me, my job is easier — because I don’t have to fight them.” 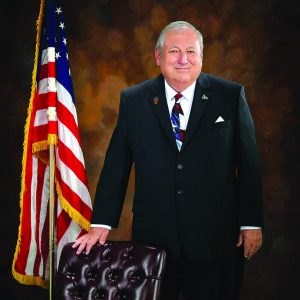 Other members of the City Council, though, occasionally became concerned that O’caña made commitments without consulting them. O’caña also supported a controversial energy savings project that became part of a major federal investigation.

A document filed in the case identified O’caña as “Person J,” but he was never arrested or charged with any crime.

“I would tell the voters — number one — that same thing that I told you: I haven’t taken a bribe. And I haven’t bribed anybody,” O’caña said.

Throughout the campaign, Salinas blasted O’caña for supporting the energy savings contract.

“Our City should NOT be the object of RIDICULE or A FEDERAL INVESTIGATION,” read the ads. “We need to BRING BACK Integrity, Accountability, Honesty and Transparency to the City of Mission.”

Salinas said he just wanted to clean up the corruption at City Hall.

“I feel very bad because I tried to fix it,” Salinas said. “But I couldn’t get the votes.”

She gently critiqued both O’caña and Salinas while running a positive campaign that focused on her vision for Mission. That strategy, which steered away from personal attacks and negative news, won over voters.

“You don’t want to come into a town that’s in conflict. Why would you?” Gonzalez Garza said. “So that’s my goal: To get the trust back from our residents and to deal with the problems that we’re in right now, and get that behind us. And move forward with new infrastructure, new ideas and focus on projects that are realistic and attainable.”

Money wasn’t a deciding factor in the mayoral race.

Salinas spent about $158,000 from Jan. 1 to April 27 — more than O’caña, Gonzalez Garza and Anzaldua combined, according to campaign finance reports filed with the City Secretary’s Office.

“I think that people will make their choice,” Gonzalez Garza said. “And the number of signs doesn’t really matter.”