This article originally ran in the May 13 issue of the Progress Times. 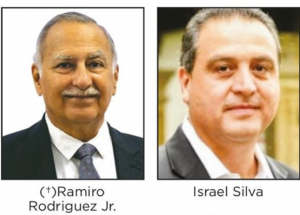 With Mayor Ramiro Rodriguez Jr. winning the election, posthumously, the city now has to hold a special election to determine who will become the new leader of Palmhurst.

Rodriguez Jr., who sought reelection after being mayor for 23 years, died on April 5, after it was too late to remove his name from the ballot. With family and friends still advocating on his behalf and some residents unaware he was deceased, the late Rodriguez Jr. won the mayoral race. He received 330 votes (58.2 percent) and opponent Israel Silva received 237 votes (41.8 percent.)

Despite losing the election, Silva remains in good spirits and plans to run again in the special election.

“Even though we didn’t come out ahead, I think there is enough support,” Silva said. “I feel like those citizens are looking for someone to speak on their behalf, and that’s why I need to continue to run for mayor. I don’t want to let those people down.”

The 50-year-old has been on the Palmhurst City Council for 12 years but decided to run for mayor because he wants to take the city in a new direction. Some of the matters he would like to address as mayor include the sew system, public parks, street maintenance and lighting and the possible creation of a chamber of commerce.

But Silva’s main reason for running is to increase transparency in the city. The business owner said people expressed concerns about not knowing when the city schedules meetings and which decisions the city council makes.

“My push was always transparency — that’s something that I know a lot of the citizens are asking for because we haven’t had it in 58 years,” he said.

Silva is a business owner that has lived in Palmhurst for about 18 years. Although he has learned more about the community since taking office 12 years ago, he said he has continued to learn about the people of Palmhurst since running for mayor. He plans to use the same campaign strategy for the special election — block walking, grassroots efforts and staying positive.

“We’ll try again, and we’ll continue talking to citizens, making sure that I understand what the needs are, what the wants are,” he said.

Salinas has held the place 3 position for 16 years and is the current mayor pro tem, so he became responsible for the mayoral duties after Rodriguez Jr. died.

Following Election Day, Salinas said he had never worked so hard, and he felt elated that the votes put their faith in him again.

“I’ve got a dedication to the city,” the 73-year-old said. “I just love our city. I think that I could do some good here.”

Place 4 winner Gutierrez said although he is feeling a little overwhelmed, he is excited to get down to business. The 44-year-old said he hopes to continue the work of the previous mayor and make sure Palmhurst “stays the way it’s supposed to be.” Although he plans to promote growth, he said he wants to do it in a way that does not interfere with the people’s enjoyment of their homes.

Gutierrez said physical activity plays a significant role his personal life, and he wants to bring that passion to the city through wellness events that involve the community.

“I’m glad the campaign is over. It’s a necessary evil to get election, but the real work begins now,” the place 4 winner said. “We’ve got four years to accomplish a lot of goals and to really set the path of the city for the next five to 15 years, and we’re really excited to do it.”

Palmhurst City Council will canvass the results on May 16. Once the city council makes the results official, a judge can swear Salinas and Gutierrez into office.