RIO GRANDE VALLEY – The University of Texas Rio Grande Valley (UTRGV) Vice President and Director of Athletics Chasse Conque announced on Monday the hiring of Houston Moore, who spent last season as the assistant coach at the University of Houston, as the new men’s golf head coach.

Moore helped the Cougars to a win at the Border Olympics in February, where they paced a field of 14 teams with a 12-under par 852. Moore also guided the Cougars to four top-five finishes, including a third-place finish at the American Athletic Conference Championships. 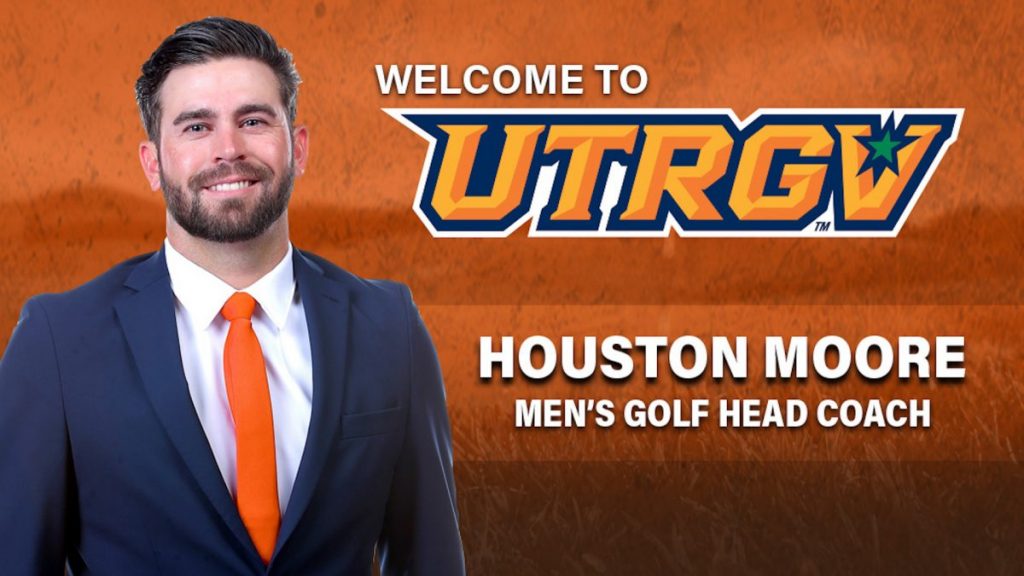 “Houston will be a great addition to our department and I am confident he will do a tremendous job leading our men’s program,” Conque said. “He brings a wealth of experience at various levels and his passion and vision for UTRGV men’s golf impressed us throughout the search process. Houston comes to us with glowing recommendations from the golf community and by those he has worked with over the years. The hiring of Coach Moore, coupled with the groundbreaking of our state-of-the-art golf facility later this summer, makes this an exciting time for Vaqueros golf!”

Prior to his tenure at Houston, Moore spent two seasons (2019-21) at Cameron University, where he led the Aggies to three top-five team finishes, including a third-place finish at the Lone Star Conference Championship. Moore also saw his team record two top-five and six top-10 individual finishes.

During the shortened 2019-20 season, Moore saw his team record three top-five finishes and guided Tyler Kaman to the Lone Star Conference Newcomer of the Year award.

Before arriving at Cameron, Moore spent two seasons (2017-19) as the men’s and women’s head coach at Ranger College. Moore helped the women’s team to some of their best performances as they recorded the program’s first two wins, the first individual win, and their highest Golfstat ranking at No. 4.

Moore also helped the men’s team to their second win in program history while guiding one of his golfers to the No. 1 ranking in the country. He led the team to its best regional finish in school history and a sixth-place finish at the NJCAA National Championships.

Moore also coached a pair of All-Americans, two All-American Scholars, and guided the team to a program-best scoring average of 286.4. 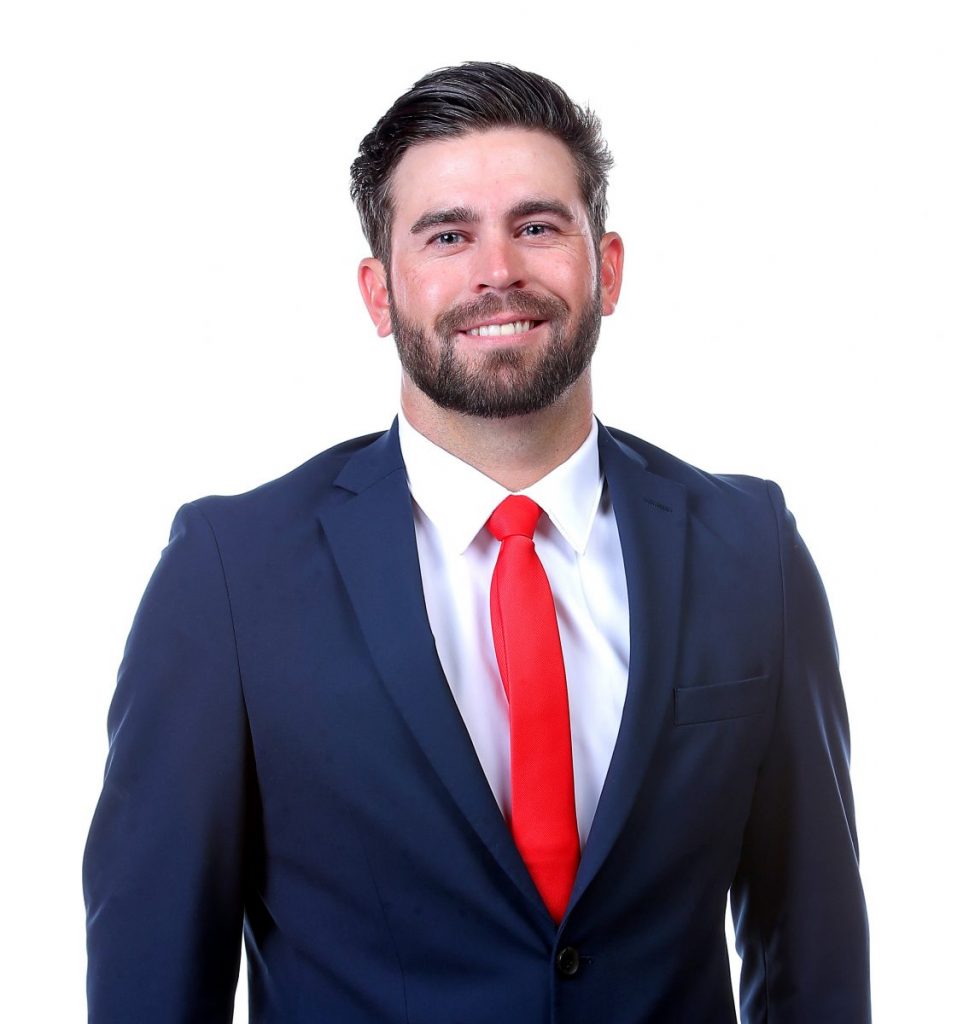 “I would like to thank the Director of Athletics Chasse Conque and the search committee for believing in me and giving me the opportunity to be the next head men’s golf coach at UTRGV,” Moore said. “Early in this process, it was apparent to me that UTRGV’s vision and commitment to athletic success was something I wanted to be a part of. With that being said, I couldn’t be more excited to join the Vaqueros community!”

Prior to becoming a coach, Moore played four years of collegiate golf as he spent one year at Clarendon College, one at Concordia University, and two at LeTourneau University, where he was a two-time Player of the Year and team captain.

Moore also set the LeTourneau record for most top-20 finishes in a season and recorded the fourth-best scoring average in program history.

Moore graduated from LeTourneau with a Bachelor of Science in Sports Communication in 2016.

WHAT THEY’RE SAYING ABOUT HOUSTON MOORE

Jonathan Dismuke, Houston Men’s Golf Head Coach
Coach Moore was a tremendous asset to our program at the University of Houston. He is a great coach and will be dearly missed. Wishing him the best as a fellow head coach.

Jim Jackson, Cameron University Athletic Director
There are certain people that have the knack to get people to follow them. Coach Moore has that quality. He is a special person destined for success.

Mike McGraw, Baylor Men’s Golf Head Coach
Houston is one of the really good young coaches I have come across in the past several years. His future in this profession is promising indeed.

Walt Williams, Midland College Men’s Golf Head Coach
Congrats to UTRGV on naming Houston Moore as their next head coach! Houston was a great player and leader for me as a collegian. His dedication and work ethic as a player has carried over as a coach. He has improved the results and the ranking at each coaching stop as he has climbed the ladder in the coaching ranks. Houston will do a tremendous job at UTRGV, and his energy and enthusiasm will have the Vaqueros in the championship conversation in the WAC very soon!