This article appeared in the Oct. 7 issue of the Progress Times.

Mission High School graduate Joseph Thomas ‘JT’ Campos never imagined acting would change his life. The Queen of the South actor tells his experience in the TV and film industry as he works to represent Chicano culture and his South Texas roots.

Campos’ first taste of acting began after entering the high school theater department after his former teacher, Mrs. Chapa, pushed him to join. 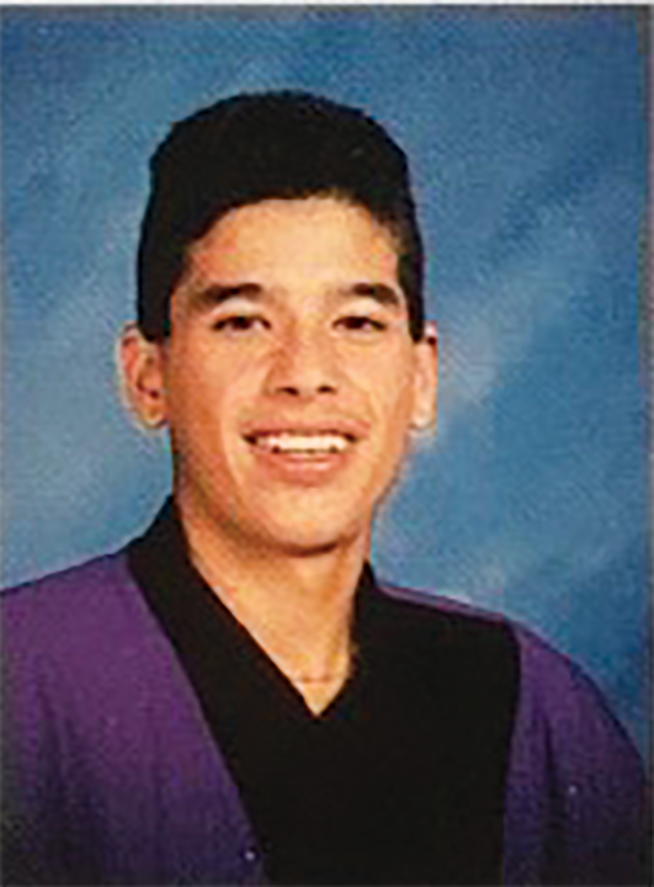 “Mrs. Chapa saw a young kid in high school who may have been picked on,” said Campos. “Had it not been for her reaching out, knowing that a kid could be in drama and express himself in a certain way…I would have never found theater.”

Campos’ endeavors took him to Austin, Texas, where he worked with Tejano radio station KKOB.

“I cut a commercial for the movie, The Alamo. The commercial I cut was asking for Mexican soldiers to be part of Santana’s Army,” said Campos, who boldly decided to walk to the set during a lunch break. “Six months later, I’m on the movie set.”

Discovering he’d be a stunt extra, he hoped to play one of the soldiers who would kill Davy Crockett. When chosen as one of four executioners, he was labeled a B-Boy.

“I became a B-Boy, meaning I was a stuntman that they called in to play the stunts,” said Campos. “I just realized there and then that my life was going to change. I was never going to have a regular 9-5 again. The acting bug bit me on the set of the Alamo.”

Stunts became part of Campos’ life, where he trained on his own and with others to learn mixed martial arts, high falls, and wire pulls, to name a few. The skills came to him naturally.

“We’re…raised and born a little different in South Texas,” Campos said. “In the Rio Grande Valley…we’ve got a different edge.”

Raised alongside his brothers by his mother after his father passed away, pain was a personal experience he took with him when doing stunt work.

“It wasn’t an easy upbringing without a father. So, pain was something I could definitely take. You definitely deal with that in stunts,” Campos said. 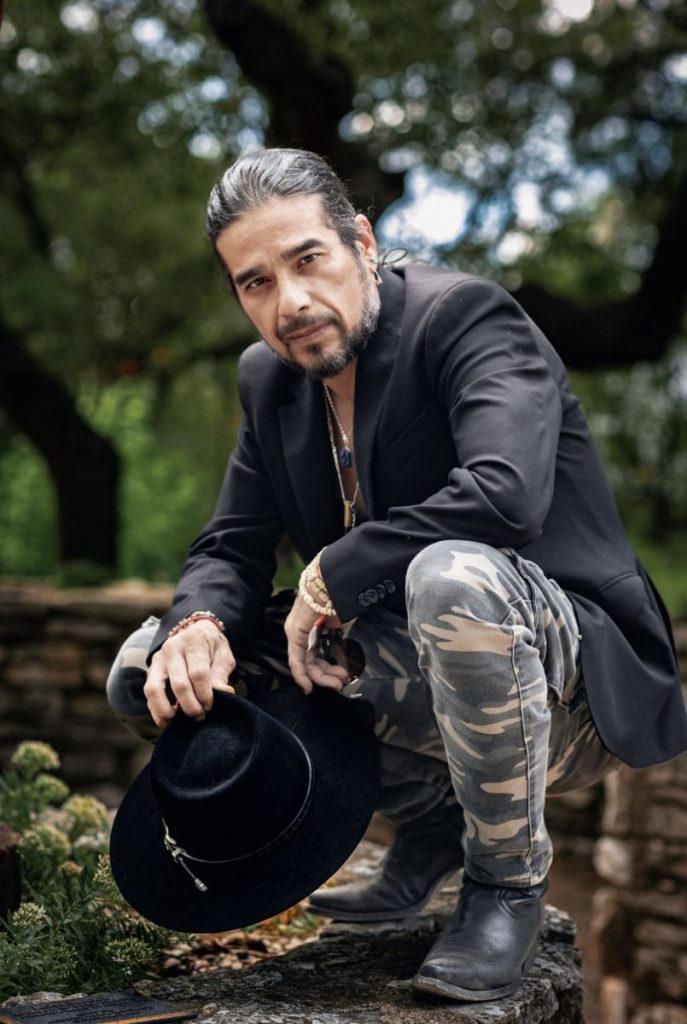 Campos continued to pursue films, hooked on the feel and adrenaline of stunts. He began acting, juggling the title of an actor or stuntman on sets that needed one or both occupations.

“It wasn’t until years later I get a call from stunt coordinator Russel Towry to do a small stunt for a TV series,” Campos said, not expecting the simple stunt for the character, Boaz Jimenez, to change the series storyline.

“The first time around, I delivered 13 pages of dialogue. The whole storyline of season one was different than the way they showed it to the world,” Campos said, explaining that lots of change occurred on set when it came to writers and showrunners. “Boaz was an accident as far as I’m concerned.”

Queen of the South writer and co-producer Ben Lobato admired Campos’ work and desired to develop his character. The decision led Lobato to resurrect Boaz for the twelfth episode of the first season and have his character as a secondary antagonist for the series.

“Ben Lobato said my life was going to take a change at that point,” Campos said.

Bringing Boaz to life was natural, as Campos used his South Texas upbringing as inspiration.

“Boaz is a lot of South Texas,” Campos said, explaining the energy, dynamic, and delivery are parallel to him as an individual and his personal life. “For the most part, I say that’s not a stereotype. That’s where I come from. I came from this area and this space.”

The most memorable character Campos has played to date is Boaz from Queen of the South.

“It was a joy and pleasure to play an out-of-control madman,” he said. “I don’t think people will ever stop calling me Boaz.”

Campos admits he’s not played his best character yet and continues to wait for that role, whether offered to him or created by him. 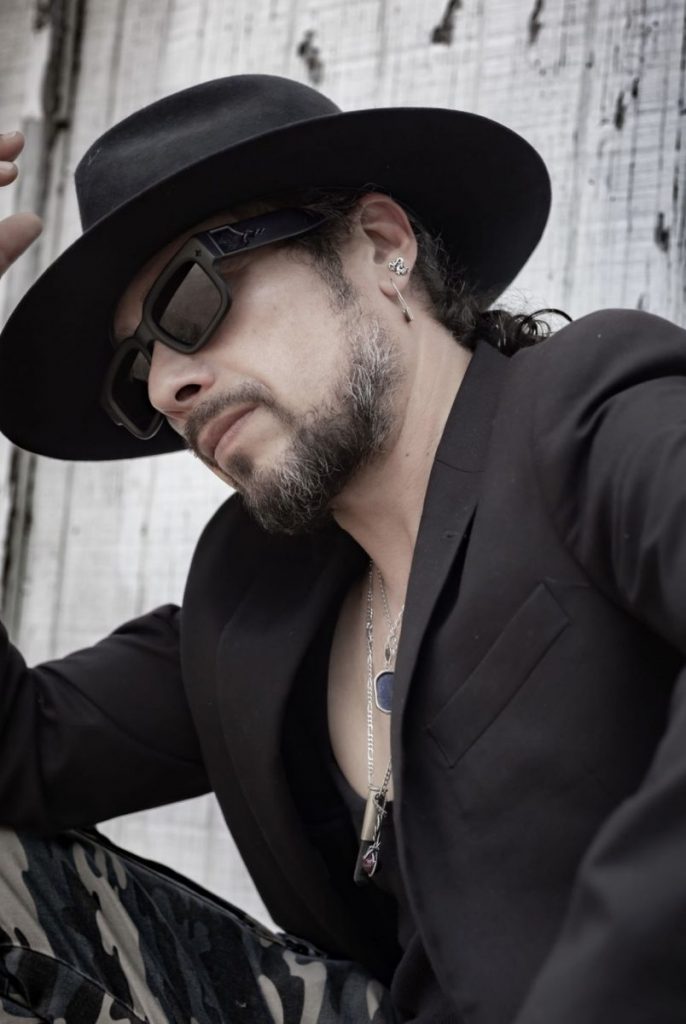 Despite the positives in his career, Campos works to challenge the stereotype casting of Latinos.

“Being a minority…a Latino in the industry [is] realizing they want to keep a stereotype,” said Campos. “That stereotype means more of us need to get out there. Write, produce and direct our own.”

The Queen of the South Actor wasn’t seeing too many parts he wanted to play, which led him to become a writer, director, and producer.

“Controlling the narrative is something we all try to do,” Campos said. “That’s where I find myself these days. Just trying to create my work, [and] create my own group. [Putting] my name here in the industry as best as I can.”

Campos hopes the roles he plays give the RGV a sense of pride and representation.

“I just want to make the Valley proud. I want to make my family proud,” said Campos. “I want to show all the Chicanitos and Chicanitas out there that it doesn’t matter where you come from; as long as you have a dream, you can go achieve it.”