The World Cup is over but high school soccer teams across the state of Texas are just beginning their 2022/2023 seasons. This includes the Mission Eagles boys’ team whose coach is now in his 31st season on the job.

With coaching being a, “What you have you done for me lately?” profession, not many coaches are given the opportunity of entering their fourth decade with the same team. While his longevity is one thing that sets Coach Christos Barouhas apart from most coaches, the path he took to arrive in the Valley and begin the boys’ soccer program at Mission High in 1992, is truly unlike any other. 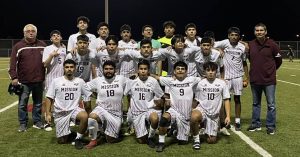 Born in the small western Greek town of Rigani in 1958, Barouhas and his family moved to Athens when he was still in grade school. They made the move in hopes that the change in climate would help alleviate their son’s health issues.

“I moved to Athens when I was about 11 years old,” Barouhas said. “The reason why my whole family moved was because of my asthma. It was too humid where I grew up and the climate is very dry in Athens. They (his family) tried to find places for me outside of Athens up in the mountains where there were some places for children with illnesses similar to asthma.”

“Back then they didn’t have inhalers, so they’d give me shots,” Barouhas added. “There was a nurse that would come to my house and give me shots, but they didn’t work very well. I remember clearly when I was in my freshman or sophomore year, I had to walk about three quarters of a mile from my house to school and there would be days that I would wake up and my mother would tell me I had to go to school. So I would get my backpack and go outside but I couldn’t breathe well. So by the time I’d get to school, I’d be out of breath.”

Barouhas had developed such a love for soccer by this point in this life that despite his health issues, he’d play whenever he could. This included playing on the school playground during recess.

“There was nothing they could do for me other than give me a shot, and sometimes it worked and sometimes it didn’t,” Barouhas said. “But this I remember. We were playing at school once and I was doing some moves with the ball. And one of the kids asked our P.E. coach, “How is he doing that?’, and the P.E. coach would say, “He’s just a natural.” 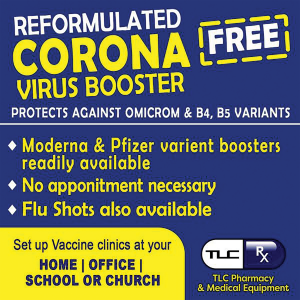 Through his teen years, Barouhas’ continued developing his soccer skills but time after time his asthma kept interfering with opportunities to play at the next level; opportunities such as tryouts for semi-pro teams that he was not able to take advantage of.

“I was on and off, on and off playing soccer,” Barouhas said. “I would say to myself, “Oh gee, maybe I’ll make it.” But then, boom…another asthma attack. If I had been born in the states and I had inhalers, it would’ve been a very different story.”

So how did the boy from Rigani end up coaching high school soccer in Mission, Texas? It began with a chance meeting with a Puerto Rican tourist who caught his eye. Her name was Ivelisse.

“My wife (to be) was on vacation in Athens and I was at the same restaurant she was at,” Barouhas said. “Somehow we met. After that we kept talking to each other and we wrote letters for about two years. After two years of writing letters and getting together from time to time, she came back (to Athens) and I guess it was meant to be. We had a civil ceremony in the mayor’s office in Athens in October of 1986. But Ivelisse was a devout Catholic, so we also had a Catholic wedding in Puerto Rico in 1987.”

“As for how I came to the United States,” Barouhas added. “My wife was a medical student and she had been given federal scholarships. And the agreement was that for the scholarships to be applied to her, she would be assigned to certain areas in the United States that were underprivileged. So they gave her three choices (of where to set up her practice) and one of them was in the Rio Grande Valley.”

The Barouhas’ had planned on staying in the Valley only long enough for Ivelisse to fulfill her three year commitment to the federal government. However, Christos began taking English lessons at the Adult Learning Center and upon completing those lessons, Ivelisse suggested that he attend Pan American University to earn a college degree and become a coach. And that is exactly what he did, but not until after taking and passing the Text of English as a Foreign Language (TOEFL) and ACT exams, both in 1988. 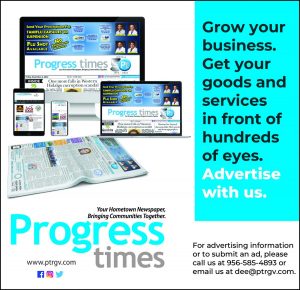 With his wife’s help, Barouhas graduated from Pan American three and a half years later. That opened the door to the beginning of his high school coaching career.

“I was coaching the under 12-year-old kids in the youth leagues around here just to keep busy,” Barouhas said. “And then some friends of mine suggested that I apply to school districts. I was doing my student teaching at Nikki Rowe when I was at Pan Am, so I applied there for the soccer (coaching) position. I also applied to four or five other districts.”

After meeting with former M.C.I.S.D. athletic director Roy Garcia three or four times, Barouhas was given the job of his dreams at Mission High School in 1992. While he had enough coaching experience to step right into the job and succeed, starting a new soccer program came with a few challenges he could never have anticipated. He remembers one in particular very well.

“In the beginning, somebody got us uniforms that were not soccer uniforms,” Barouhas said. “And the sizes were crazy sizes. My kids didn’t want to wear them. But I told them that was all we had. I didn’t know anything about budgets, how to do it or where to get it but Coach Garcia told me that he had everything for us. But obviously since there had not been soccer (at Mission High) up to this point, they just got whatever they could in good faith.”

Despite the challenges involved with starting a new program as a first year coach, Barouhas led the Eagles to the playoffs in their very first year. And making the playoffs is something that his teams have continued to do throughout the years.

“There are two things that I’ve always kept in mind,” Barouhas said. “I have to have a winning season and we need to make the playoffs. After that, it’s one game at a time. So the two most important numbers in my career are, in 31 years we’ve made the playoffs 26 times and we’ve never had a losing season.”