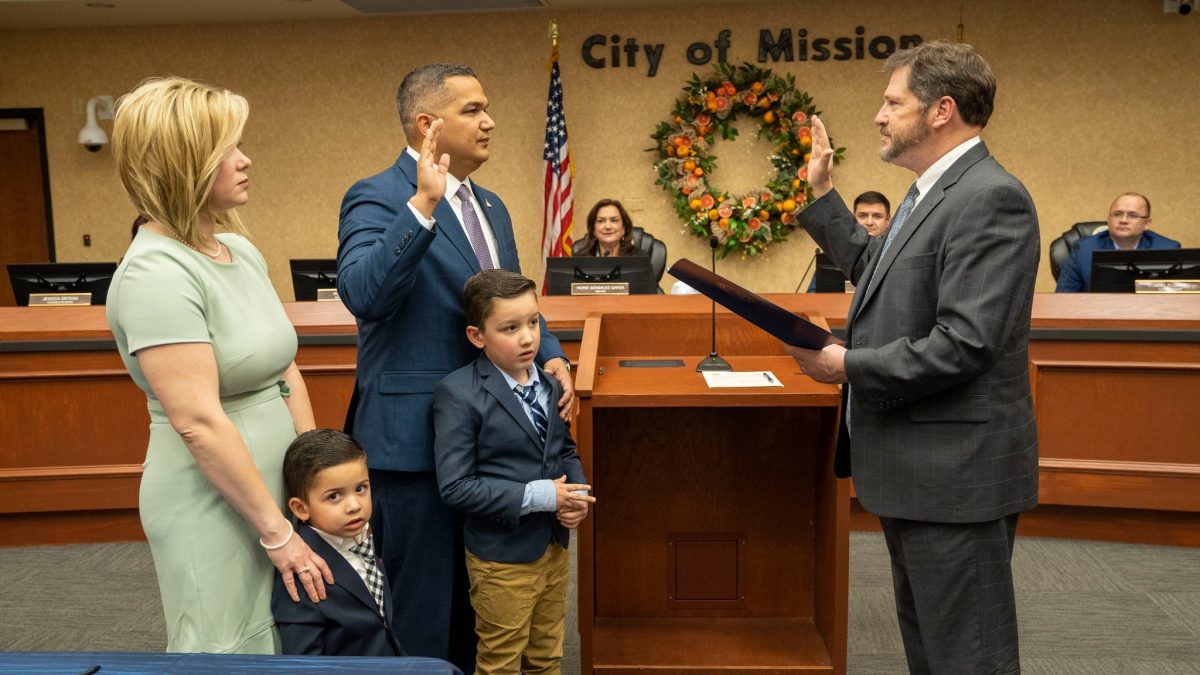 Mission welcomed a new attorney to City Hall on Tuesday.

“Mr. Flores is, as you know, a dedicated family man. He is a man of faith. He is a well-respected lawyer,” Boyd said. “And he’s here today because he is also a committed public servant.”

“I’m real excited to have him onboard,” Gonzalez Garza said. “And I think he’s going to be a good fit for our team.”

Flores graduated from McAllen Memorial High School in 2000 and enrolled at the University of Texas-Pan American. After struggling with his coursework, Flores decided to join the U.S. Marine Corps.

“I’ve come to just really depend on my faith,” Flores said. “And I think God has a way of, even when you start straying off, he brings you back.”

The Marine Corps taught him the value of being part of something larger than himself, Flores said. It also impressed upon him the importance of public service. 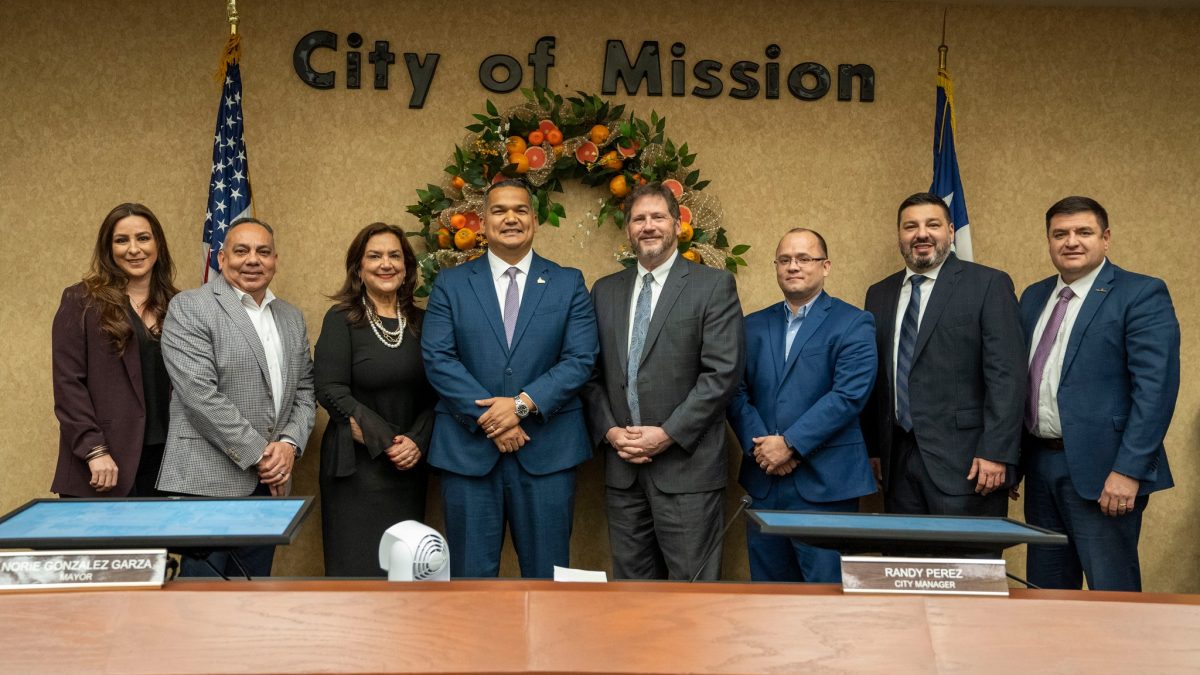 Mission City Attorney Victor Flores and Texas Supreme Court Justice Jeff Boyd posed for a photo with the Mission City Council on Jan. 3, 2023. (Photo courtesy of the city of Mission.)

“When I finally came back and got my degree at UTPA, I still wanted to be a part of something bigger,” Flores said.

Flores decided to study law. While attending the Thomas M. Cooley Law School in Michigan, he interned at the McAllen City Attorney’s Office.

After passing the bar exam, Flores worked for McAllen, Denton, Plano and Brownsville, where he supervised two other attorneys and three staff members.

Flores also served on the State Bar of Texas Board of Directors and as president of the Texas Young Lawyers Association.

“I consider him to be one of the rising stars in the municipal legal world,” said Plano City Attorney Paige Mims.

Flores is smart but humble, Mims said, and excels at finding pragmatic solutions to problems.

“He’s just a person with a lot of integrity,” Mims said. “He’s going to be a great asset to the city of Mission.”