The city of McAllen and Med-Care EMS parted ways Monday after the privately owned ambulance company demanded a $4.8 million annual subsidy to maintain the current level of service — and the City Commission refused to pay.

During a meeting on Monday afternoon, the City Commission voted to accept a termination letter from Med-Care EMS. The company will stop responding to 911 calls in McAllen on Feb. 22.

“The city made every effort that we could to maintain that relationship,” said McAllen City Attorney Isaac Tawil. “We worked diligently to maintain the relationship we had with Med-Care and we were not looking to end it.”

McAllen hired Med-Care EMS to handle 911 calls during the 1990s.

The city, though, didn’t pay Med-Care EMS. The company made a profit by charging patients and insurance providers. 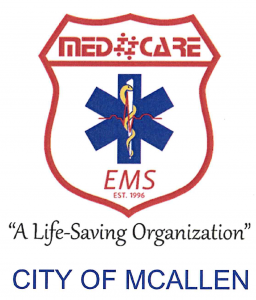 The Med-Care EMS logo as shown on reports submitted to the city of McAllen.

For more than two decades, the arrangement worked. Med-Care EMS made a profit and McAllen avoided paying for emergency medical services.

In 2020, though, the relationship between McAllen and Med-Care EMS started to break down.

Hospitals, swamped by a tidal wave of COVID-19 patients and faced with a shortage of nurses, started hiring paramedics. So did staffing agencies, which offered $50 per hour.

Med-Care EMS struggled to retain paramedics and had to offer substantial raises.

“Despite the challenges of the industry, we’ve continued to be able to sustain healthy MICU 911 levels on zero subsidy,” said Ronnie Ontiveros, the owner of Med-Care EMS.

MICU is an acronym for mobile intensive care unit, the highest level of care available.

Ontiveros said that several factors, including the pandemic, the city’s growth and road construction, which increased traffic throughout McAllen, impacted response times.

“Understanding the City’s budget, Med Care is really trying to keep the City’s options relevant and our goals obtainable,” attorney Reynaldo “Rey” Ortiz, who represents Med-Care EMS, wrote to Tawil, the McAllen city attorney, on Jan. 19. “The current contract with no amendments is neither feasible nor obtainable.”

* Pay $4.8 million per year to Med-Care EMS. In exchange, Med-Care EMS would assign eight MICU ambulances to McAllen and maintain the 8-minute response time. Med-Care EMS also requested that McAllen provide access to a public safety answering point, which would allow dispatchers to pinpoint the location of people who call 911.

* Pay $3.6 million per year to Med-Care EMS. In exchange, Med-Care EMS would assign six MICU ambulances to McAllen and respond to calls within 10 minutes.

* Pay about $1.4 million per year to Med-Care EMS. In exchange, Med-Care EMS would assign four MICU ambulances and four ambulances with a lower level of service to McAllen. Med-Care would respond to calls within 10 minutes or less.

* Pay $600,000 per year to Med-Care EMS. In exchange, Med-Care EMS would station four MICU ambulances in McAllen and respond to calls within 15 minutes or less.

“Please consider these options and discuss with the City Council, the Mayor, and whoever you deem appropriate. I really hope we can reach some agreement and the City will notify us of their acceptance of one of the options above,” Ortiz wrote. “In the unlikely event that the City does not want to move forward, please accept this letter as our 30-day notice to terminate the contract.”

“Notably, the City Commission considered that MedCare EMS, based upon its self-reported data, has failed to meet its contractually obligated response time each month since May of 2021,” Tawil wrote. “Further, during that period MedCare, also, failed to comply with its obligation to have stationed within the City limits of McAllen eight (8) MICU ambulances dedicated to serving the residents and visitors of the City.”

McAllen asked Med-Care EMS to come up with a detailed plan to fix the problems, according to the letter, but the company never did.

“We did everything we could to work with Med-Care,” Tawil said. “Med-Care decided it was in their interest to provide us notice to terminate the contract.” 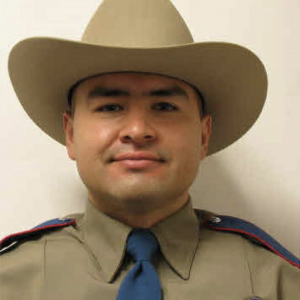