The good news is the architect for the $8 million Tom Landry Hall of Fame Stadium said construction is completed with the only remaining task standing in the way of its use is for engineers for the Mission CISD and the contractor to submit their final reports giving their approval to use the new facility.

The bad news is tonight’s final home football game of the season for Mission’s Veterans Memorial High School against Sharyland High School will be played away at Valley View High School in Pharr. 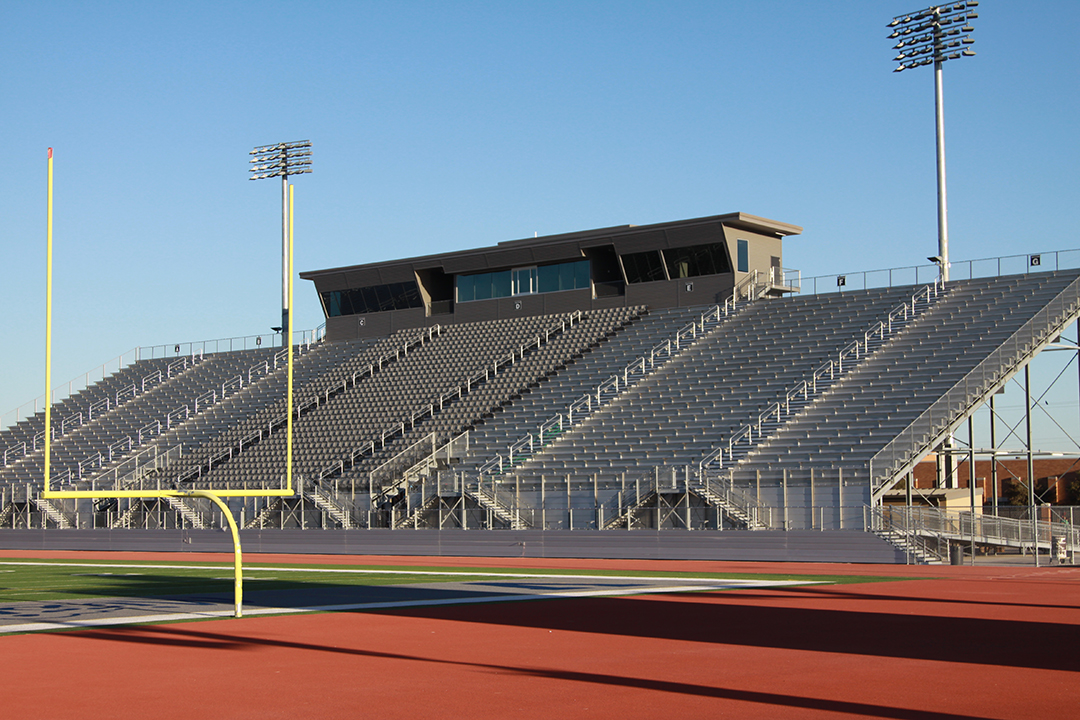 Architect Eli Alvardo told the school district’s Facilities/Environment Committee Wednesday night inspectors with the city of Mission have already approved the new facility. But he said engineers for the school district and Sturdy Steel, the company that created the stadium’s steel framing, were scheduled to inspect the stadium late this week and were expected to provide their final inspection reports in time for the Nov. 8 regular school board meeting.

Nevertheless, school board president, Patricia O’Caña-Olivarez, said she did not want speculation on when the stadium would be declared substantially completed, construction parlance describing when the stadium receives final approval for use.

“In an abundance of caution we don’t want to specify a date,” O’Caña-Olivarez said, adding she hoped that could be announced at the Nov. 8 board meeting.

When it first received the go ahead to begin construction in February, the McAllen-based construction company, Holchemont, Ltd., was originally contracted to complete the nearly 9,000-seat stadium by Aug. 21, more than a week prior to the scheduled first home game of the season on Sept. 1.  But between rain delays, school testing days, add-ons and other causes still under dispute between the contractor, architect and school board, the stadium was never completed in time for either the VMHS Patriots or Mission High School Eagles to use their new stadium this year.

School board member Petra Ramirez said she had an opportunity to walk through the stadium earlier Wednesday, including a tour of the 70-foot high press box and even used the elevator, at one point another cause for delay, to descend the press box.

“It is beautiful,” Ramirez said. “It is amazing. It is just breathtaking.”