With help from the La Joya school district, Sullivan City plans to build a library, park and public safety complex on Paloma Street.

The school district donated nearly 9.5 acres near the intersection of Paloma Street and Fourth Street — behind Our Lady of Guadalupe Catholic Church — to Sullivan City during February. Trustees kept another 20 acres nearby, where the district may build a school. 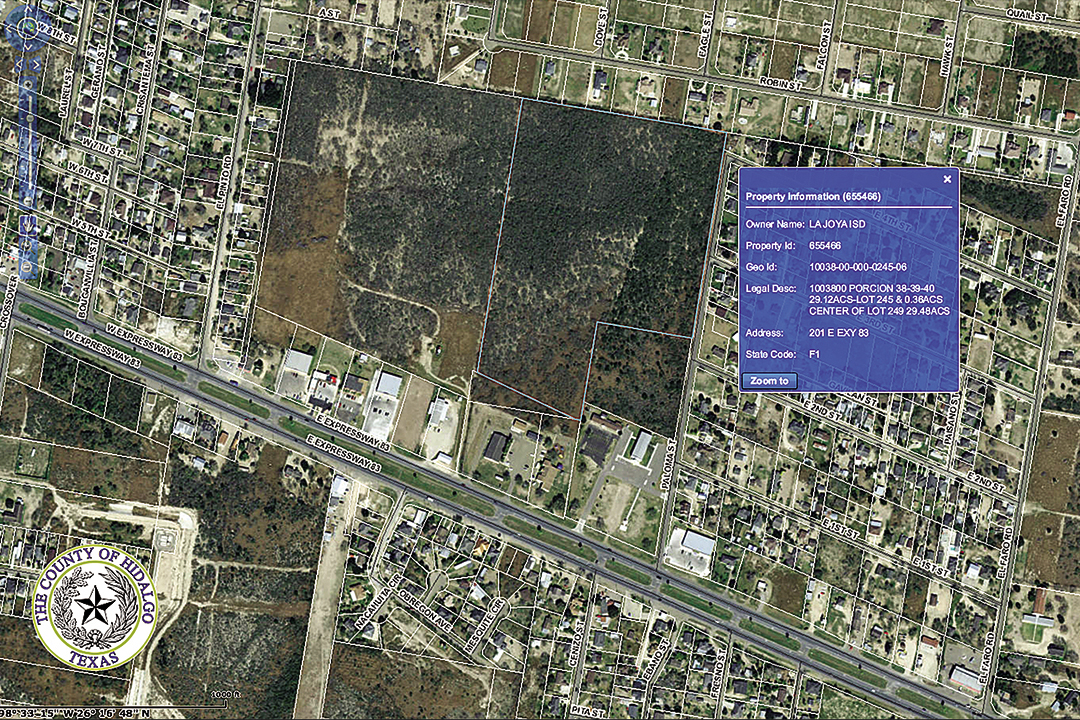 “We want to have a way of giving back to the community,” said school board Trustee Johnn Alaniz. “So this was a way that we could help out.”

Sullivan City collects less than $420,000 from property taxes every year. The city couldn’t afford to buy the property and cover construction costs.

“We understand how cities are strapped,” said Alaniz, the former Palmview city manager. “I, myself, knowing city government as well as I do — I know how it is.”

The 29.48-acre property is worth about $103,000, according to Hidalgo County Appraisal District records. Trustees donated 9.48 acres to Sullivan City with several conditions.

Sullivan City may only use the property for a park, library, learning center, city hall or fire department, according to a letter from Superintendent Alda Benavides to Interim City Manager Richard Ozuna.

The city must submit quarterly progress reports and start using the property within a year, according to the letter. If the projects fall through, Sullivan City must return the property.

“But more than anything, I’m pushing for the library,” Garcia said.

Many children in Sullivan City, especially students from the north side of town, need a place to study, Garcia said. Building a library would provide them with a safe, quiet place to conduct research and complete homework assignments.

The library would offer free internet access and reference books, along with other standard services.

“It’ll be beneficial for everyone,” Garcia said. “For the school district and the city of Sullivan.”

Sullivan City plans to build a library similar to the library in La Joya, but with a more modern design, Garcia said. The public safety complex may be modeled on the Hidalgo County Sheriff’s Office substation near Weslaco.

Moving the police department to Paloma Street would also make the city park on Cenizo Street safer and improve response time, Garcia said. The current location requires police cars to drive through the busy parking lot when they respond to emergency calls.

“It’s too much of a liability,” Garcia said, adding that he’s concerned someone could be hurt while walking through the parking lot.

The new public safety complex will include space for the La Joya school district police department, a small gesture of thanks for the land donation.

“We couldn’t have done it without the school district,” Garcia said.