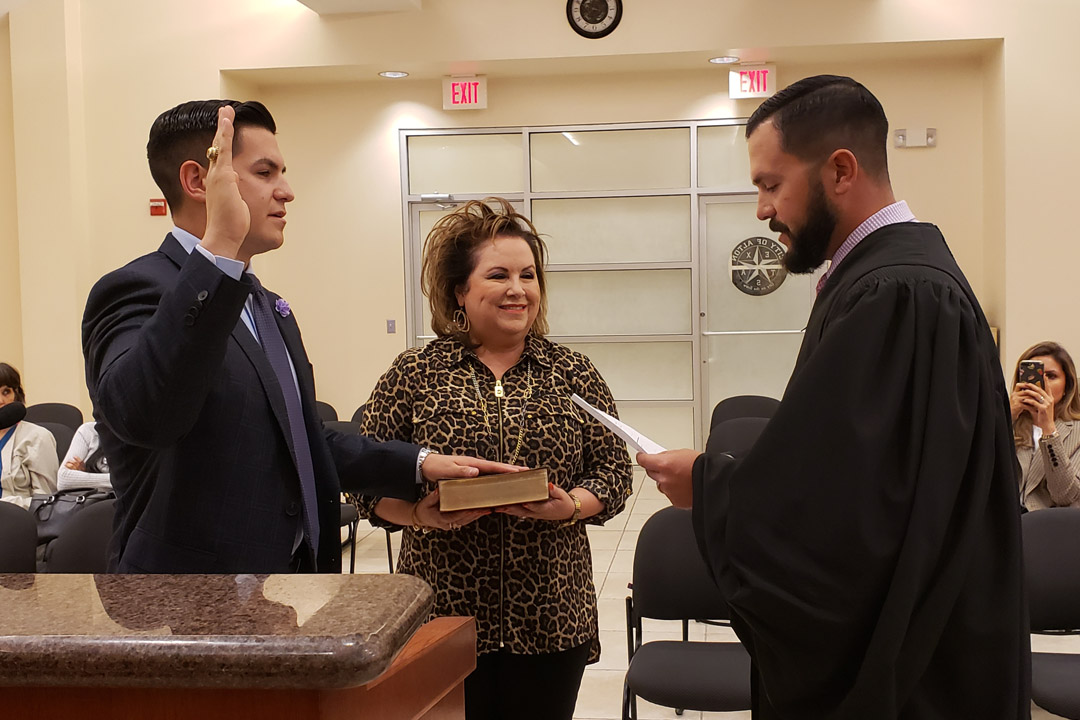 “All our judges are attorneys familiar with the law and municipal law,” explained Alton city Manager Jeff Underwood. “He brings a lot of experience like our other two judges and will be able to help people through the process.”

“My background is in public service,” Eric Flores told commissioners. “My parents have done it; I’ve served my country and I am excited to join the city of Alton. I promise to uphold the values the city of Alton has adopted to move progress in the city along.”

Up until the previous year, Alton has had two alternate municipal judges who rotated duties between Ortegon until their third judge left, Underwood explained.

“And now we have an opportunity to get back to three to give the other judges some flexibility in their schedules and make sure arraignments get done on time,” Underwood said. “He’s knowledgeable, I’ve seen him deal with people and he’s fair and equitable, it’s what you want out of a judge.”

Eric Flores said Tuesday he is serving Alton in an as needed, voluntary basis.

“It’s what public service is about, giving back to the citizens,” Eric Flores explained. “With positions like this, pay is always an issue for smaller cities on a tight budget so I offered my services at no cost.”

Eric Flores served in the army and has his own law firm that he runs with his wife, Victoria. He graduated from the Thurgood Marshall School of Law in December 2017 and besides his duties with Alton and Palmview, he serves as a general attorney for the La Joya school district.

“So this is one more opportunity to help out a local governmental entity,” Eric Flores said. “These are additional duties but through my career in the military they’ve taught us how to task, organize and prioritize my time. Alton is just a service of an alternative judge if they need one.”

The city of Alton currently has a partnership with the city of Palmview as Palmview handles emergency medical services to Alton. As city attorney for Palmview, Eric Flores said he won’t interfere with Alton’s city government.

“This relationship between both cities is an example of communities and entities working together,” Eric Flores said. “And since the roles of municipal judge and city attorney are two different hats, I will not have interactions with city government here.”