J.J. Guerrero has returned to Mission.

Guerrero was recently named the director of the Boys & Girls Club of Mission, and has been at work with the staff in order to help the programs grow and flourish. He replaced Juan Arevalo, and is excited to be part of an organization that has influenced several leaders across the country. 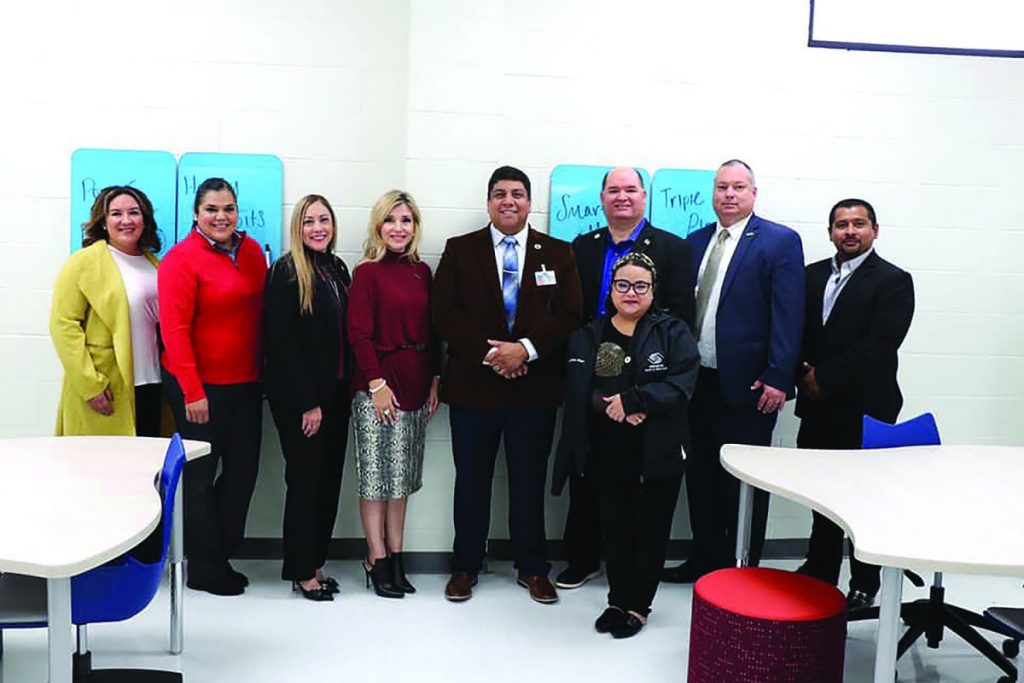 J.J. Guerrero (center) stands with the Boys & Girls CLub Youth Advocacy Advisory board after the ribbon cutting for the newly expanded Bannworth Park location.
Photo courtesy of the city of Mission Facebook.

Born in McAllen, Guerrero lived in Mission for fourteen years before he and his father moved to Montana. There, he graduated from high school and college, met his wife Randi, and the pair had three children.

“I was there twenty years,” Guerrero said. “We did all that before we moved to South America.”

Called to give back to those in need, the Guerreros moved their family to Cochabamba, Bolivia and started Ciudad de Refugio (City of Refuge), an organization that worked with high school and college students and taught them how to give back to orphans, homeless people and battered women and children. They were there for nine years before making the move to the Rio Grande Valley in 2019.

“We went on trips not only in their community but the country: we went to the Andes Mountains, we had 17 villiages where we would go to help the people,” Guerrero said. “We would encourage the parents, and we would help the kids with food items, coloring books and all stuff for kids.”

“It’s kind of like what we do here in the Boys & Girls Club in the after school program, it was just a different context,” Guerrero said. “It was with kids who lived out in the mountains or the jungle.”

Guerrero received his bachelor’s degree in Christian Studies, and was happy to see Mission has kept traditions of faith in the community.

“I’m glad that we haven’t taken God out of our city and our functions,” Guerrero said. “While specifically we’re not going to be preaching at the Boys & Girls Club, we have those values that we’re going to continue, so I’m excited.”

Guerrero said he was excited to see how much Mission has changed after his decades away. While it has taken he and his family some time to adjust to the area (and the weather), they are finding great friends and community partnerships.

“When I left I was fourteen years old, and I was looking at Mission from the perspective of a fourteen-year-old,” Guerrero said. “Coming back it is not how I remember it – it’s a lot bigger, and it’s grown in a good way.”

The mission of the Boys & Girls Club organization is to ensure that all young people, specifically those who need them most, have the opportunity to develop and grow into responsible, caring, productive citizens.

“These kids are our future,” Guerrero said. “They’re the future directors, staff members, mayors, people working in our community.”

Recently, the Boys & Girls Club of Mission’s Bannworth Park location was reconstructed to include classrooms and office space, making it a full-service unit. The walls are painted white for now, but Guerrero hopes to open up for artists from Mission schools to create original pieces in designated spaces.

“They’re the future leaders not just in our community, but beyond into our country and even the world,” Guerrero said. “We have no idea how our impact with these kids is going to affect them and where they’re going to go.”

Currently, Guerrero has been working with program staff in order to improve their quality of education and training so they can give it to those parts of the program. They are also working on the organization of the athletic programs offered, so parents and children can enjoy all the activities offered.

“There’s a great foundation here,” Guerrero said. “I just want to go above and beyond so those program staff – who are mainly college kids – can really impact the children.”

Right now, the Boys & Girls Club of Mission is offering their after school program and boys and girls basketball for five- to twelve-year-olds. In the future, they plan to open up a robotics program, include pickleball, and expand what is currently available.

Guerrero also aims to incorporate more family involvement in the Boys & Girls Club of Mission by starting programs and activities that would include the child and their parents.

“Who know where the kids are going to take that?” Guerrero said. “We have to be able to give them the tools to grow and fill those roles in the future.”