Hidalgo County has prohibited mass gatherings of more than 50 people, an act that went into effect this morning.

Hidalgo County Judge Richard F. Cortez made the announcement at a Monday evening press conference where he issued a Disaster Declaration that will go into effect for seven days and be signed Tuesday. 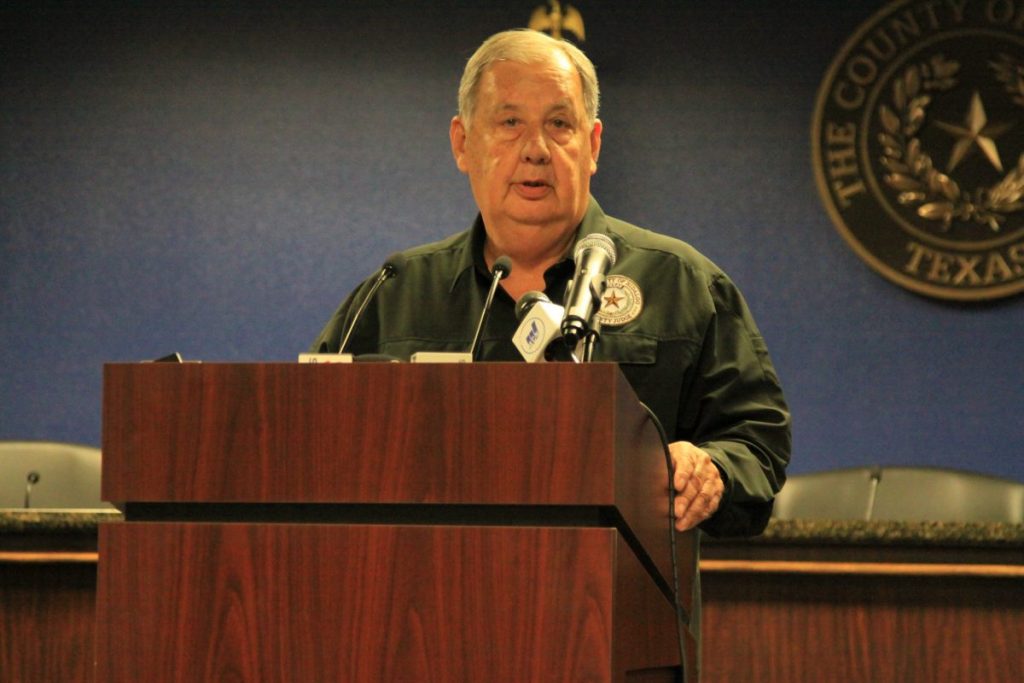 “I will be asking the [Hidalgo County] Commissioner’s Court to extend this order an additional seven days until March 31,” Cortez said. “In conferring with city leaders of the county, we have reached the consensus that this is a necessary step to mitigate what we believe is inevitable: that someone in Hidalgo County will test positive for the COVID-19.”

Cortez’s announcement came after several businesses nationwide and local stores announced they would be either closing down or changing their hours to mitigate the spread of the new form of virus that has infected more than 190,000 people around the world and killed 7,516 according to data provided by Johns Hopkins University Coronavirus Research Center.

Though there are no cases of coronavirus in the Valley, there are 87 cases of it total in the state of Texas and one confirmed death in Matagorda County near Galveston.

“This is a virus that spreads very quickly so we want to make sure we are prepared to curtail the spread of this,” Cortez said “So we believe this is the most prudent action to take to make sure we don’t overwhelm our public health institutions with too many people. This has not been an easy decision.  I recognize the hardships this declaration will have on many of our residents. I make this decision for the greater good of the county.”

Hidalgo County Health and Human Services CEO Eddie Olivarez said at the press conference that there have been 20 people tested by the state for the coronavirus but there are multiple private physicians providing the test.

“We’re trying to get the number from the private sectors who have done the tests and the companies providing the testing to give us the list of physicians they’ve given testing material to,” Olivarez said. “Once we get that list we can also follow up with doctors and hospitals to ask how many people have been tested. We’re working with the UTRGV school of medicine and there’s pending tests out there, it takes 5 days to get the results back.”

Olivarez also confirmed that there are several people in the county who have isolated themselves from the public after traveling to a state or country that is marked as an area at risk for the Coronavirus and who are asymptomatic.

“Right now, the uncertainty is a lot of people we have in the county haven’t been tested,” Cortez said. “As little as 15 people have been tested. In order for us to be as careful as we can be, we feel asking for this two week ban-which is the incubation period of the virus-we’re gonna find out at the end of it the extent of the coronavirus in the county. That merits this decision.”

With this decision, Cortez confirmed that the Mercedes Livestock Show would be cancelled, which was confirmed by the organization on social media Monday evening.

“We have limited test supplies. We want to use them when it is appropriate, so we are not doing public testing,” Cortez said. Just because you have some symptoms doesn’t mean you will get tested. It can spread fast through mass gatherings, that’s why we’re prohibiting it.”

Olivarez urged private physicians who have done testing to contact the county health department to help them compile data on patients who have been tested and also recommend they do a full respiratory panel on patients first to rule out any other illnesses before testing them for the coronavirus.

Olivarez also stressed the importance of practicing social distancing to avoid large crowds among all residents, including young people.

“You can get the illness, be symptomatic and not know it and visit your grandma, or tia, then that relative will get it,” Olivarez said. “Don’t take part in large scale activities. Enjoy small gatherings, it’s what you need to do. Don’t act like you’re invincible. You might become a carrier and infect someone else.”

Through it all, residents need to remain calm and avoid hoarding items from the grocery store, Olivarez said.

“By buying so much you disenfranchise a lot of people who really need it,” Olivarez said. My biggest concern is the elderly and those who don’t have the resources others can easily get. Consider your neighbor, or friends, other people who are in need of the same products. What good is it for you to buy 49 bottles of sanitizer when 48 people aren’t protected? Be considerate, don’t hoard items and don’t abuse the situation. People should not panic, they need to be supportive, friendly and help each other. We are a community and should be doing that especially for those who need it.”