A series spotlighting locally-owned restaurants adjusting to the pandemic

For Michael and Christy Barrera, keeping the community fed is their top priority.

Ranch House Burgers II, located at 409 N. Bryan Rd. in Mission, has been keeping busy as to-go and curbside orders come in. Their usual atmosphere, kept spirited with live entertainment, has had to adjust in the wake of the coronavirus. As dining in is not currently an option, the Barreras have shifted their service to keep Valley residents and first responders full. 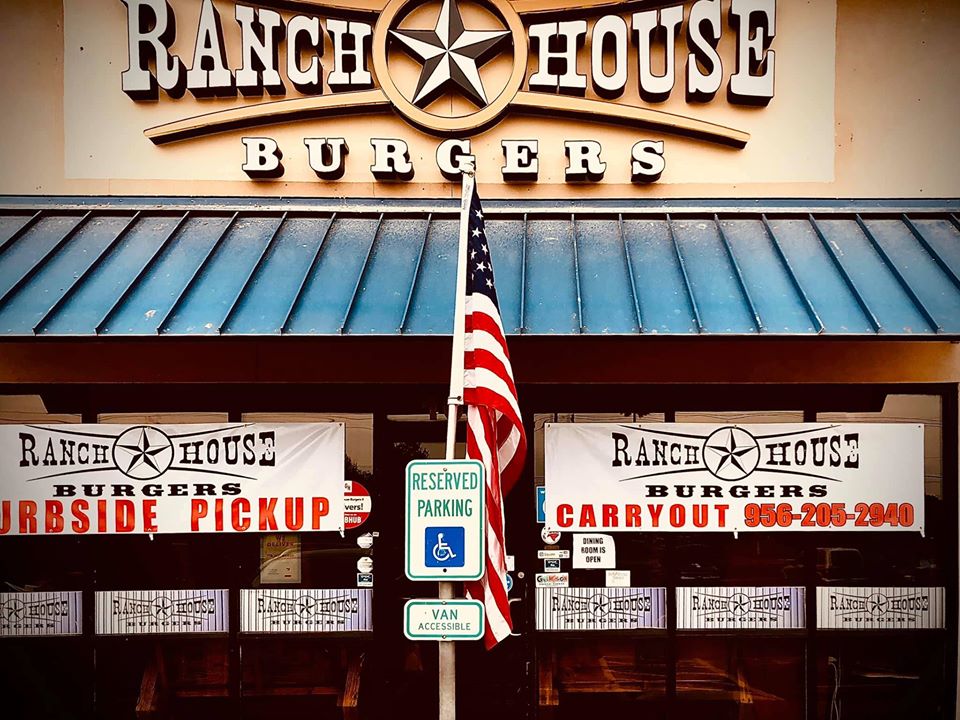 “It’s been a complete 180, it’s been a whirlwind,” Michael said. “This is uncharted territory for us, we’re used to entertaining our guests – of course it’s about the food, but entertainment is why people keep coming back.”

According to Michael, Ranch House Burgers II is the kind of place where everybody knows your name.

“It’s been a hard adjustment in that aspect,” Michael said, adding that they met with their entire staff – servers, busboys, and managers – to come up with a plan during the pandemic. “Me and my wife, we initiated how the set-up was going to be, and it’s kind of like a conveyor system of baggers.”

Servers have shifted to curbside, and with an influx of orders some will even be paid as delivery drivers to get more familiar food out to patrons.

“There’s people on the phones non-stop – my wife has her phone call-forwarded, so when we’re at home we’re getting phone calls left and right also, we take it home with us,” Barrera said. “That’s what it’s taken, everybody to come through and pull through together as a team effort.”

Giving back to those who serve the community is one of their missions, according to Michael, who is a partner in Ranch House Burgers with his wife Christy. On Tues. evening Ranch House Burgers stayed open until 2 a.m. just to ensure that officers working the graveyard shift in the Mission Police Department had a fresh meal at the end of their day.

“I’m friends with a lot of the PD around here, and they were getting tired of the burritos out of Stripes and chips – graveyard is daytime for them,” Michael said. “They have their lunch, when they get home they get their dinner, they might have a few beers in the morning, and it’s weird to us, but they get to sleep at 5 p.m. and wake up at 10 p.m. and do it all over again. I’m just trying to do my part and give these guys some good, hearty meals.”

They’ve been getting calls from all over the Valley since they fed the PD, asking for help in similar circumstances for the sheriffs, border patrol agents and other municipalities’ departments. Supporting local businesses is important for Ranch House, because they give back to people in the area.

“There are a lot of mom-and-pop places that are check-to-check, so we like to give them the opportunity to sponsor their kids and baseball teams,” Michael said. “It’s more of a personal relationship with the community.”

Michael noted that their staff has been working diligently to ensure their facilities are clean and operational at this time. Floors are regularly cleaned and sanitized, they do deep cleanings with everything including doors, and employees are always wearing masks and gloves.

“The turnout has been great, people have been very supportive,” Michael said. “My main goal was to keep the product moving, and it’s kind of like a chess game. Everything is evolving, and we just have to evolve with it and make moves here and there  to accommodate everybody.”

Ranch House Burgers has been doing well, despite the difficult transition. They are available for delivery through Favor and Grubhub, and also offer curbside to-go orders.

“We’ve always had those, but now that’s our main source,” Michael said.

Ranch House Burgers had its origins in Weslaco, where Michael and his father opened their first location on Jan. 11, 2011. After a fire burned the space, Michael moved them into Palmview and Mission before ultimately settling in Mission.

“In 1988, my parents opened a restaurant in Dallas, where I’m from, so we had a lot of restaurant background experience, but that was Tex-Mex food,” Michael said. “I put my own little spin on the Ranch House, because it’s some of the stuff I like, so that’s where it evolved from.”

Currently, their menu has expanded to include larger family packs, botana orders and burger bundles.

“We have four-packs of burgers, botana orders, and we’ve developed a few other packages, those have been doing well,” Barrera said. “The Fajita and Chicken Bundle is three pounds of meat with rice and beans, chips and salsa and four drinks. It’s simple, and it seems to be working.”

Michael and Christy asked for people’s patience in this time – if an order comes in, it will be filled.

“We’re blessed to be in this position,” Michael said, adding that they will be continuing what they’ve delivered in the past. “We’re giving people the comfort they used to have back when we were open for dine-in. We want to remember what that’s like, even in this temporary situation that we’re in.”

Ranch House Burgers II can be reached at (956) 205-2940. If a person is interested in ordering to-go, it is recommended you call to place the order ahead.

This is the second article in our “Striving to Serve” series, in which we spotlight locally-owned restaurants who are working daily to offer people a familiar dine-in experience at home. See next week’s issue for the next establishment “Striving to Serve” in the midst of the COVID-19 pandemic.