Special to the Progress Times

Norberto “Beto” Salinas wants to remind Missionites that their voices have not been forgotten.

Salinas, who served as the mayor of the city of Mission for 20 years, is announcing his intent to run for the seat currently held by Mayor Dr. Armando O’caña. The most recent city council meeting, held Monday, June 22, was the “cherry on top” that solidified Salinas’ motivation to return. 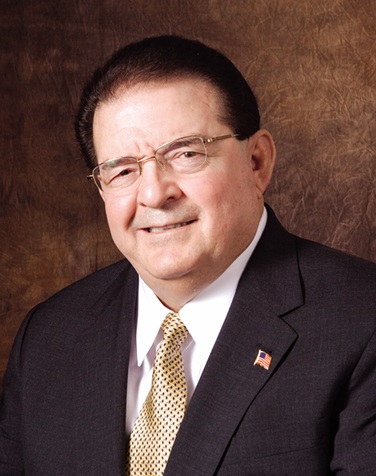 “They don’t have any feelings for what it’s going to do to the people of Mission when they raise taxes again,” Salinas said. “People are tired of taxes, and they know that.”

Salinas called the decision to approve an agreement with Performance Services, Inc. disgraceful, as Mission residents will be responsible for the $20 million water meter project through their tax dollars. Salinas, who saw the growth of Mission throughout his 20 years as mayor while still lowering taxes, is not sure if O’caña’s vote for the agreement is even viable.

The former mayor, council member and public servant, who is also a business owner in the city, asked how Mission could agree to going into a $20 million debt (even if it’s not for three years down the line) if they don’t have any money.

“They can only raise taxes by a certain percentage every year,” Salinas said, noting they were already in financial trouble before the PSI agreement was passed. “It will have to come from the taxpayers.”

Salinas believes Mission could have received an updated water utility system for significantly less money, if the city had either gone out for bids and proposals or consulted with American Electric Power Texas for other options.

“I don’t know why they can’t work with AEP and get it for free,” Salinas said. “There are other ways to do things, like go out for bids, but I don’t think the mayor and the city council members who voted for PSI understand how to do that.”

When he first entered the office of mayor for Mission in 1998, Salinas noted the city’s worth was at approximately $700 million. At the end of his 20-year tenure, Mission was worth an estimated $4.9 billion thanks to the influx of businesses and residents.

“We worked with the community,” Salinas stressed. “We were able to bring new businesses into town, new people wanted to live in Mission because we were working with them on the tax rate.”

Salinas managed to lower taxes annually in Mission, and stated the general fund balance was always steady and full when he was mayor. O’caña and the current administration have been struggling to maintain the general fund, and have raised taxes.

“When I was there, we lowered the tax rate by 20 cents,” Salinas said. “It took us 20 years to do that, to lower the tax rate so we could bring in new businesses.”

Salinas said any action taken by the city council in regards to the PSI agreement should be called into question, and that the administration should double-check the city charter. The city manager of Mission has the ultimate sway over what items are brought to council.

“The city manager runs the city, not the mayor, not the city council,” Salinas said. “$20 million is a lot of money, to go ahead and go into debt without having any income.”

The agreement with PSI is not the only item Salinas takes issue with. The city leadership’s insistence on the continuation of the Madero Bridge Project will push Mission further into debt, when other neighboring cities stand to gain more from its construction.

“When we got Anzalduas Bridge, I worked with McAllen,” Salinas said, noting the city’s efforts to extend a presidential permit for the Madero Rail Bridge will not be successful. “We can’t build another bridge just for it to have no traffic, because everything is coming from the Anzalduas Bridge.”

Salinas feels Mission residents and city employees are not being heard at this time by city leadership. If elected as mayor, he hopes to reallocate more funding to public works, streets, the Mission Police Department and the Mission Fire Department.

“The streets are not in good shape, they’re not maintaining the streets,” Salinas said. “Instead of investing in the maintenance and operations in the community, and police and fire, they want to indebt themselves because they might want to help the guy who owns the company, PSI.”

By making Mission more appealing to business owners, more people will want to move into the area. Salinas’ first actions as mayor will be to ascertain how much of a mess the city currently finds itself in.

“It’s very embarrassing to have a council that doesn’t go out for bids and goes ahead and awards contracts on their own,” Salinas said. “It should have been the city manager who called the shots. They have stepped on the charter and don’t respect it – it’s what people voted on.”

Salinas recalled how the results of the Mission Election Contest were swayed following the decision not to allow another election from the 13th Court of Appeals – but it never changed the way he feels about serving the community and citizens of Mission.

“We’re going to be doing a good campaign, and try to win the race to try and straighten this whole thing out,” Salinas said. “There’s not a single person who is happy working for the city right now.”

Salinas has heard calls from citizens to run again for mayor – and he wants them to know he is listening.

“This is the cherry on top of the pie,” Salinas said, referring to the PSI agreement. “I’m going to do it again and see if we can remove O’caña from office.”

Beto Salinas intends to be the voice for those who have been forgotten by the current leadership in Mission. In the next mayoral election, he intends to run for the seat he once had – and he wants everyone to exercise their right.

“Hopefully we can do something about this,” Salinas said. “People can vote to make a difference – to stop all this nonsense at the city of Mission.”