After a decade of service for Starr County, and months of leading the county’s response to the COVID-19 pandemic, Starr County’s health authority abruptly resigned from his position Monday.

Dr. Jose Vasquez stepped down from his position following a county commissioner’s meeting where his contract was on the agenda. 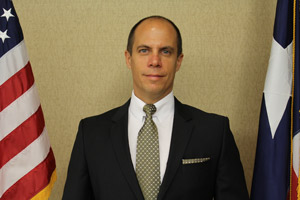 “Starr County Commissioners voted against awarding Vazquez a contract which included compensation for his work,” the county said in a news release. “Vazquez has been providing guidance to the county and the community during the current Coronavirus Pandemic. An appointment of a new Health Authority should be forthcoming. We would like to thank Dr. Vazquez for his outstanding service to Starr County.”

Vasquez, who also has his own medical practice and sits as the president of the board of directors for the Starr County Memorial Hospital, has been instrumental in the county’s response to the COVID-19 pandemic.

As of press time Thursday, the county reported a total of 2,580 COVID-19 cases in the county with a population of 65,000 with 22 fatalities and 51 other fatalities waiting to be confirmed by the state.

As previously reported, under Vasquez, the county implemented the first drive-thru COVID-19 testing facility in the Rio Grande Valley. Among other actions, Vasquez also spurred the hospital into transferring hundreds of COVID-19 afflicted patients to hospitals outside the area-all while being paid $500 a month for his services since his appointment despite a lack of a county health department or a hospital with an intensive care unit.

“I never asked for more, that money was not even covering my liability insurance expenses but I never complained,” Vasquez said in a Monday address on Facebook Live. “All the different issues involved in this pandemic were falling in my hands and even though the amount of work was overwhelming, I never gave up and faced every challenge with strength, education and determination. I never asked the county for anything other than an assistant to help me manage all the data from the multiple testing reports.”

Vasquez’s resignation is one of the many facing health officials from across the state who are stepping down from their position.

On Monday, a report from the Kaiser Health News service and The Associated Press found that at least 49 state and local public health leaders have resigned, retired or been fired since April across 23 states. The list has grown by more than 20 people since the AP and KHN started keeping track in June.

The report attributed burnout from all the work and hostile attacks facing public health officials regarding their actions and recommendations to the public.

Vasquez said he was approached by Starr County Judge Eloy Vera regarding a possible new contract to increase his monthly wage from $500 to $10,000.

“It was his idea that I should be compensated for a fair amount for the enormous amount of hours and work that I was dedicating to this community,” Vasquez said. “The county researched and compared what other county health care authorities were making and came with a proposal that was substantially lower than what the other health authorities were making. I did not have an issue with that at all.”

In what he called an “unbelievable turn of events,” the commissioner’s court denied the contract increase after questioning the need to pay Vasquez for his services, the doctor said.

“Commissioner Eloy Garza said in public record that he had a private discussion with another local physician to see if he would take the job for free,” Vasquez said, adding that Garza proposed to table the item until the next commissioners meeting to see if the physician-Dr. Antonio Falcon-would accept the position free of charge.

“I never asked for this compensation. It was brought to the commissioner’s court with the belief that my job would be awarded in a fair manner like any other professional service being paid in the county. Instead, I was insulted in public by this commissioner…At that point, a decision was already made. I didn’t ask for this, and it was a very poor show of gratitude from this commissioner. I don’t need the money, I’d rather have my dignity.”

Commissioner Garza defended his decision in a Tuesday interview saying it made sense to hire someone else to do Vasquez’s job for free.

“If he feels insulted that’s his problem, not mine,” Garza said of Vasquez. “As a health authority, he’s not here to cure patients, he’s just someone advising the court on what’s happening. He’s never done anything besides picking up his check until this pandemic started then he started complaining.”

Garza said he was contacted Sunday by Dr. Antonio Falcon, a doctor with his own practice in Rio Grande City, about Vasquez’s contract once the commissioner’s court agenda was published.

“He said ‘I am willing to do it for free, if you have $120,000 to spend, use it for medical stuff instead,” Garza said of Falcon. “He’s a man with 40 years of experience as a health professional, much more than Vasquez and has said he is ready to take this position.”

A special commissioner’s court meeting is set for Friday where Falcon is expected to be appointed as the new health authority. Falcon did not answer requests for comment but a 2016 article from the Texas Academy of Family Physicians named him the family physician of the year for his service to the community.

“I’m not saying being a health authority should be a voluntary job, but if someone is willing to do this job for free, of course we should take up that offer,” Garza said. “The $120,000 was not in the budget and why would you pay someone for the same work? Why would we negotiate? There’s no better price than free.”

Since his resignation, Vasquez shared a change.org petition on his personal Facebook page demanding Garza be removed from his position. As of Tuesday, it has collected 987 signatures.

Vasquez said in his Monday address he would be willing to help his replacement with the transition process and criticized Garza and the other county commissioners for their decision.

“Time and events will judge you on your decision,” Vasquez said. “Why don’t you donate your salaries toward COVID spaces in the county and work for the $500 you thought was a fair compensation for my work?”