On Sunday, Hidalgo County reported 207 new cases of COVID-19 and 528 people hospitalized with complications from the disease, 234 of those were in intensive care units.

The number of hospitalized cases has since gone down with the county reporting Wednesday evening 446 hospitalized patients and 182 active ICU cases out of a total of 23,116 COVID-19 cases. 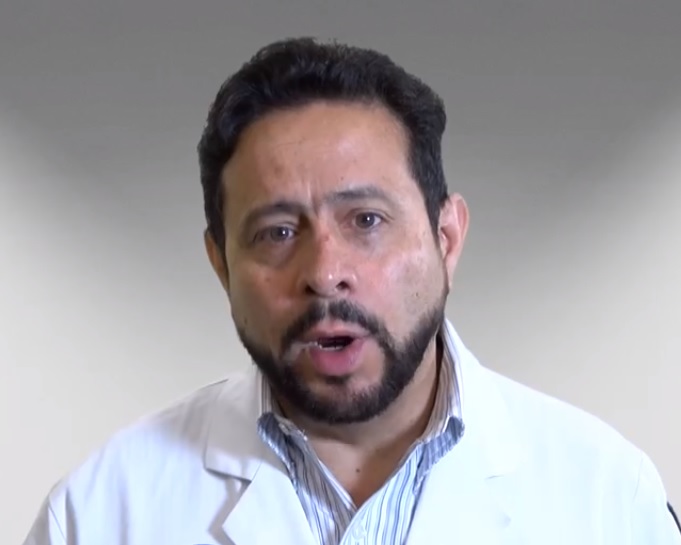 Of those cases, 4,893 are marked as active. This is a sharp decline from this time last month when the county saw a total of 1,080 hospitalized patients.

“There are some encouraging numbers we are seeing that I hope are the beginning of trends,” Hidalgo County Judge Richard F. Cortez said in a Sunday news release. “We are also seeing the number of hospitalizations down from just a week ago. Of course, the one number that continues to haunt this community is the number of people dying from this disease.”

“People are still dying,” Melendez said. “We’re still seeing hospitalizations from people who are very sick and dying out. Most of them who are dying have been sick for weeks, this is a reflection of that.”

Despite the more than 50 percent decrease of hospitalized patients, Melendez points to the number of COVID-19 ICU patients which has only gone down from 257 as of July 22 to 185.

“The issue is people who are getting infected are still coming in very ill with the disease, we may be down 50 percent of hospital beds being used, but we’re only down about 25 percent in the number of patients in the ICU,” Melendez said. “It’s an absolute call for concern, this isn’t over yet,” Melendez said. “The public should understand that COVID-19 is not over in the Valley.”

Though the county is seeing less positive cases in the last few days – numbers that fluctuate between 200 to 500 new cases per day compared to last month which saw numbers as high as 1,300 – Melendez said that decrease should not be seen as proof that the virus is disappearing.

“Last month the county was doing as much as 80,000 tests a day which explains the high amount of positive cases reported and now we have probably around 1,500 tests conducted,” Melendez said. “But you don’t want to look at the total number of tests conducted. You want to look at the percentage of those tests coming back positive which are identical to when we were reaching record high numbers. It shows we’re still one of the worst areas in the country affected by this disease.”

Melendez advised the public to continue to practice social distancing and avoiding large crowds to avoid more deaths. According to Melendez, despite the fact that people aged 40 or under make up most of the COVID-19 cases in the county, most of the deaths are from those aged 60 and older.

This is due to young people socializing and transmitting the virus afterward to their older family members, Melendez said.

“Older people don’t go out very much and tend to stay in. Younger people however are the ones going to work and are also socializing despite being asked to not do so. Because of this, the most common method of transmission of this disease we’ve seen is through families. Yes there are young people dying but the predominant amount of people dying are about 60 years old. It’s the same scenario we’re seeing with hospitals. Those who really get sick are the old folks.”

Melendez recommended the public to avoid congregating with anyone for 30 days, which he said is usually the life cycle of the virus.

“If you come in contact with the virus and anywhere between three to 10 days you become positive and could become symptomatic,” Melendez explained. “As a rule of thumb, there’s no magic number but three to four weeks will give us a better idea of where we’re at.”

Melendez said that he understands it’s hard for people to not socialize with each other.

“We’re human beings designed to come together in times of crisis such as wars, hardships and deaths but we cannot do that right now,” Melendez said. “The virus is tricky because we all want to come together but coming together spreads this, we are asking people to only go out when they need to but it goes against our nature. It’s difficult to sequester, but it’s necessary.”

He also added that the county is preparing for a spike in cases in the fall due to multiple factors such as the Labor Day holiday weekend, the reopening of schools and the start of the NFL season which could bring people together.

“A virus can only live on a person so any time you have groups of people coming together into each other’s houses you are transmitting it,” Melendez said. “People need to keep in mind the virus is out there. Look at the other cities like New York or even all of Europe which keep seeing a drop in new cases and then for whatever reason, they spike up again.”