A man was charged this week for a fatal car crash that resulted in the deaths of two people, including the suspect’s brother.

Mario Alberto Juarez was arraigned by Judge Jonathan Wehrmeister at the Mission Municipal Court on Tues. Aug. 18, 2020. He was the driver in a car crash that took place Sunday Aug. 16 at approximately 6:48 p.m., according to Mission Police Chief Robert Dominguez. 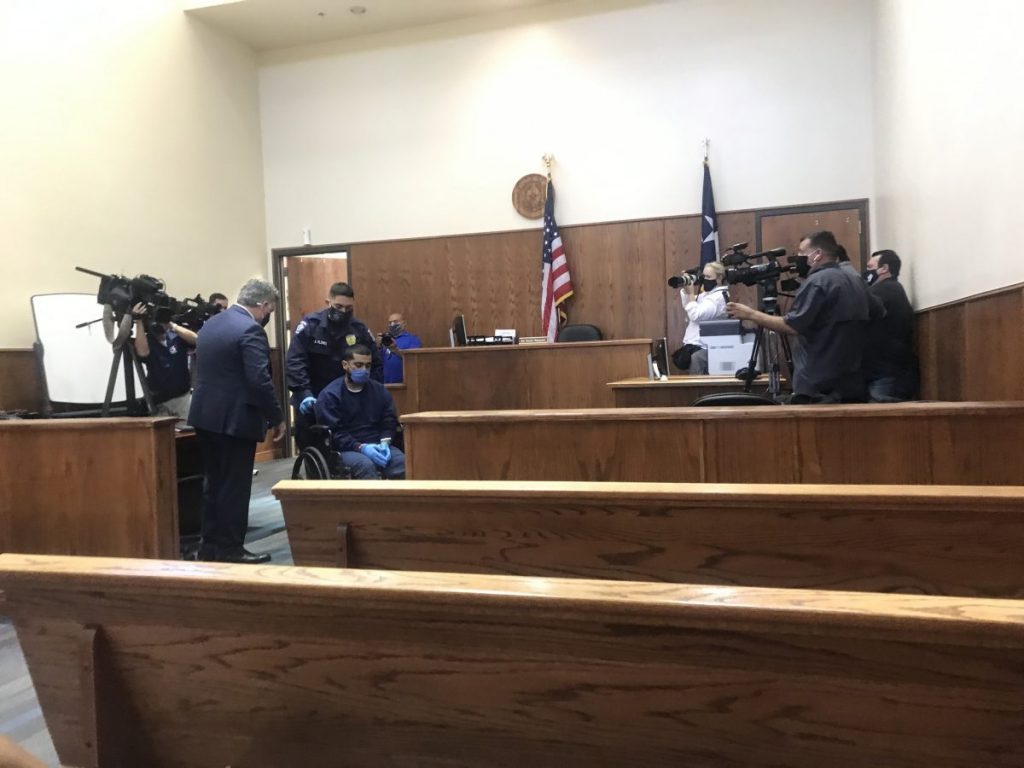 Juarez, a 28-year-old man from Peñitas, was charged with two counts of intoxication manslaughter. Second degree felonies, each count is punishable by two to 20 years in prison.

“Unfortunately in this particular accident we had two people that lost their lives,” Dominguez said. “Our traffic investigators along with the Texas Department of Public Safety are working this traffic accident jointly, the Department of Public Safety is assisting us with the reconstruction of the traffic accident and our traffic investigators are working on the criminal aspect of the case.”

The wreck took place near the intersection of Two Mile Line and Shary Rd. Juarez was driving with his brother, Julio Cesar Juarez, 35 (also from Peñitas), in the passenger’s seat. According to Dominguez, witnesses of the accident say Mario Alberto Juarez, who was driving a Red color Toyota, ran a red light and T-boned a White color Chevy.

The Chevy was driven by Cynthia Quiroz, 40, a resident of Mission. Quiroz and Julio Cesar Juarez passed away as a result of the crash.

“The defendant was driving Northbound on Shary Road,” Dominguez said. “According to witnesses he was driving recklessly and driving at a very high rate of speed.”

Dominguez said Quiroz was heading Westbound on 2 Mile Line, and had just entered the intersection on a green traffic signal when her vehicle was T-boned by Juarez’s vehicle.

“Our investigation continues into this particular accident,” Dominguez said, noting Mission traffic investigators first obtained a blood search warrant to check Juarez’s system for alcohol and drugs. “One of the things that comes into the assessment of this particular charge, obviously, was that the officers noticed several symptoms of intoxication, and there were some empty, fresh beer cans inside the vehicle.”

Dominguez said taking the officer’s assessments, witness accounts and reckless driving at a high speed led to the charges set against Juarez. Juarez’s blood was submitted to the Texas DPS lab in Weslaco for analysis of the alcohol content.

A second test was collected from Juarez to check for drug use. That sample has been sent to the Texas DPS lab in Austin for analysis. At the date of his arraignment, the results of both tests were still pending.

Juarez was released from the hospital on Tues. after sustaining minor injuries, and was wheeled into the court that day. Wehrmeister set Juarez’s bond at $500,000 for each count, which makes his total bond $1 million.

Juarez abstained from a court-appointed attorney, and was represented by a lawyer during his arraignment. He had no prior arrests or charges on record.