For the first time in recent history, Mission City officials met with the board of the Texas Citrus Fiesta to discuss the status of upcoming events.

The annual Texas Citrus Fiesta is a tradition going on for over 80 years, and gathers residents from across the Rio Grande Valley in celebration of the citrus industry. Over the course of a few months, TCF usually includes a Product Costume Showcase, Vaquero Barbecue Cook-Off, Royal Reception, Golf Tournament, Coronation and Fun Fair. 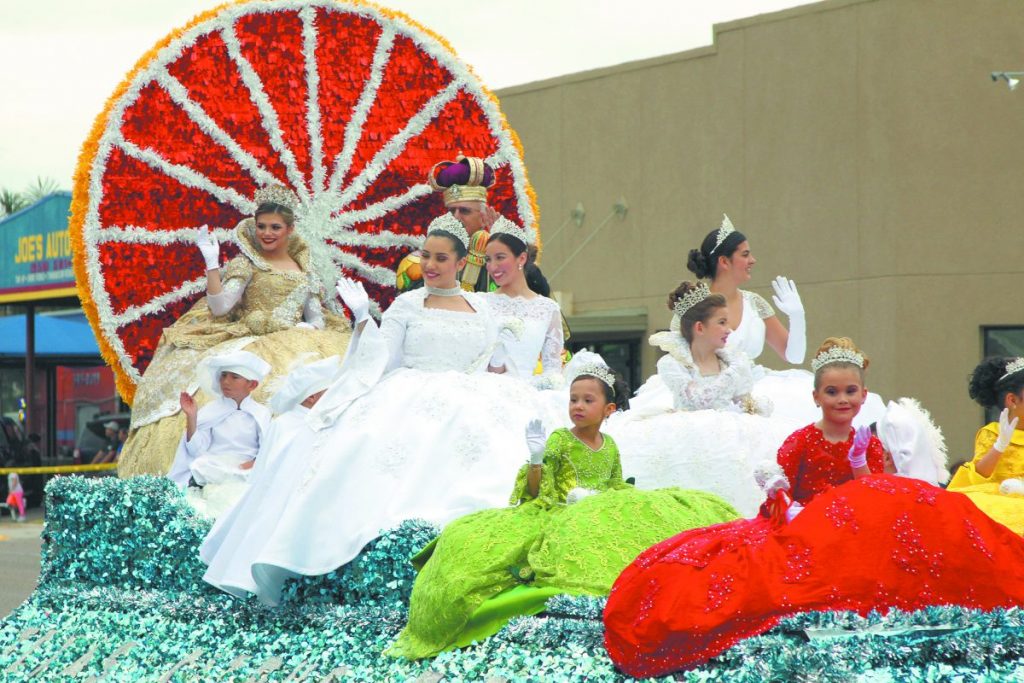 A quorum of the city council was posted, and they met with the TCF board over Zoom to discuss the logistics and preparation of continuing this year’s festivities within the guidelines of the Centers for Disease Control, Hidalgo County and city of Mission. Because of the COVID-19 pandemic, large gatherings that include a dancefloor need to be reevaluated.

Because nothing specific was laid out in the agenda, everything taking place during the meeting was left at the level of discussion. No motions were cast, and the talks were preliminary as a set up for future discourse.

TCF Board President Oscar Martinez first brought up the potential of moving the Texas Citrus Fiesta office location, which the city council has discussed at previous city council meetings. The offices may need to relocate due to the possibility of a railway station being set up in the current area (220 E. 9th St. in Mission).

Mission City Manager Randy Perez said that the more pressing matters of focus are the upcoming events and the adjustments necessary to make them safe and successful. Before discussing events, TCF Director Lisa Rivera asked for a timeline for the office relocation, so they could also have that on their radar moving forward.

Because of how far off the Texas legislature has the railway system in its agenda, Perez said it would be years down the line. Mayor Armando O’caña said they would set up a meeting on the second Tues. of Feb. 2021 with the TCF board again to discuss relocation, that way this year’s planning can continue unimpeded.

Mission Mayor Pro-Tem Jessica Ortega asked why TCF decided to hold the cook-off in the neighboring city, and also proposed that more of the events be held at the Mission Event Center because they designed it and built it with the Texas Citrus Fiesta in mind.

Rivera said they had planned for the cook-off to be held in Mission, but it was not approved by the proper channels and the date was already set. When the city of Palmview found out they needed a new location, Rivera said they offered themselves to TCF – especially considering the reigning Queen Citrianna and future Queen Citrianna are from Palmview.

The golf tournament is set for this Saturday Dec. 5 at the Mission Shary Golf Course, but as final numbers and planning had not been set by the time they met, the status was still unclear. The TCF board even proposed it may be postponed or cancelled, depending on final numbers.

The Royal Reception has been hosted at Balli’s Terrace in previous years, and according to Rivera that is because they do not charge TCF for the use of the facility, just the catering. Rivera also said they worked things out with the city of Mission when it comes to the set-up and decoration of the Mission Event Center, and they would consider using the city facility in upcoming years.

Deputy City Manager Aida Lerma, who works with the TCF board and staff, said they would need to consider protocols as to if a dance floor can be set up under state and CDC guidelines. She noted they were always open for the board to take a walkthrough of the Mission Event Center with her to figure out how they would produce the various large-scale events held for the royal court and their families.

The city of Mission offered their media department to help with events and make them accessible virtually, like the parade. This would mean no crowds would gather, but residents across the RGV would still be able to watch and follow the tradition safely from home.

Board members agreed that TCF would have to be creative this year, because precautions need to be made to ensure the participants and their families remain healthy and COVID-free. The traditional idea of the parade and other events may not play out as they have in previous years for this reason.

The dates for upcoming TCF events are as follows: The Product Costume Show on January 16, the Royal Reception Gala on Jan. 23, the Royal Coronation on Jan. 28 and the TCF Parade, Fun Fair and Carnival on Jan. 30, 2021.

Mission plans to have a special called meeting this Monday Dec. 7 to go over the events in more detail, so they can decide whether or not to issue permits for TCF events and give recommendations for final planning. Perez said that depending on COVID-19 rates and pending orders from the county, they may have restrictions on how they can meet.