The Palmview Police Department fired a corporal last week after he was accused of shooting a pistol into the air while intoxicated.

Police Cpl. Jorge Padron, 29, of Palmview was fired on Jan. 4 — nearly two weeks after the Mission Police Department charged him with illegally discharging a firearm within city limits. Officers described Padron, who was off duty, as “highly intoxicated” when they arrested him. 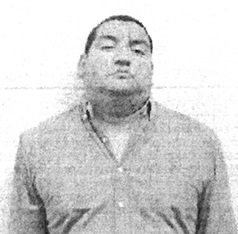 “He was terminated for violation of policy and procedures,” said Palmview police Chief Gilberto Zamora.

Officers arrested Padron at approximately 4 a.m. on Dec. 22, when the Mission Police Department responded to a call about shots fired on the 1500 block of Elm Street.

When they arrived, officers searched the area and found several “highly intoxicated” people nearby, according to information provided by Mission police Lt. Art Flores.

A witness told officers that Padron fired the pistol, Flores said. Officers arrested Padron and booked him at the city jail.

Padron is charged with illegally discharging a firearm within city limits, a Class C misdemeanor. He pleaded not guilty.

“Jorge Padron is a friend of mine, and I know him well,” Jurado wrote. “He is a veteran and has more integrity and honor than the entire Mission Police Department. I know, I trained him to be the best, truthful, to always do the right thing.”

Jurado argued that Padron hadn’t done anything wrong and claimed the news media only reports: “The juicy stuff, not necessary (sic) the entire truth.”

The Progress Times requested all documents and body camera video from the Mission Police Department investigation. With the case pending, the city didn’t release any records and requested a decision from the Texas Attorney General’s Office.

“He’s a good guy. A very good supervisor,” Zamora said. “But he made a bad decision.”

Dec. 22 wasn’t the first time Palmview had problems with Padron.

In July 2018, the Palmview Police Department responded to an incident at Padron’s apartment. Padron said his brother had accidentally fired a pistol.

“He wanted to try out the trigger pull on it. See how it felt,” Padron said, according to body camera video from the police investigation. “He thought the weapon wasn’t loaded.”

The pistol, though, was loaded.

A bullet went through the TV, through the wall and landed in a neighbor’s apartment. Nobody was injured.

“Detective Jorge Padron followed departmental policy on notifying his supervisor after the incident,” according to a Palmview Police Department report summarizing the investigation. “Furthermore, all party’s (sic) involved cooperated with the police investigation.”

After the incident, Padron received a promotion to corporal. He also became a firearms instructor for the Palmview Police Department.