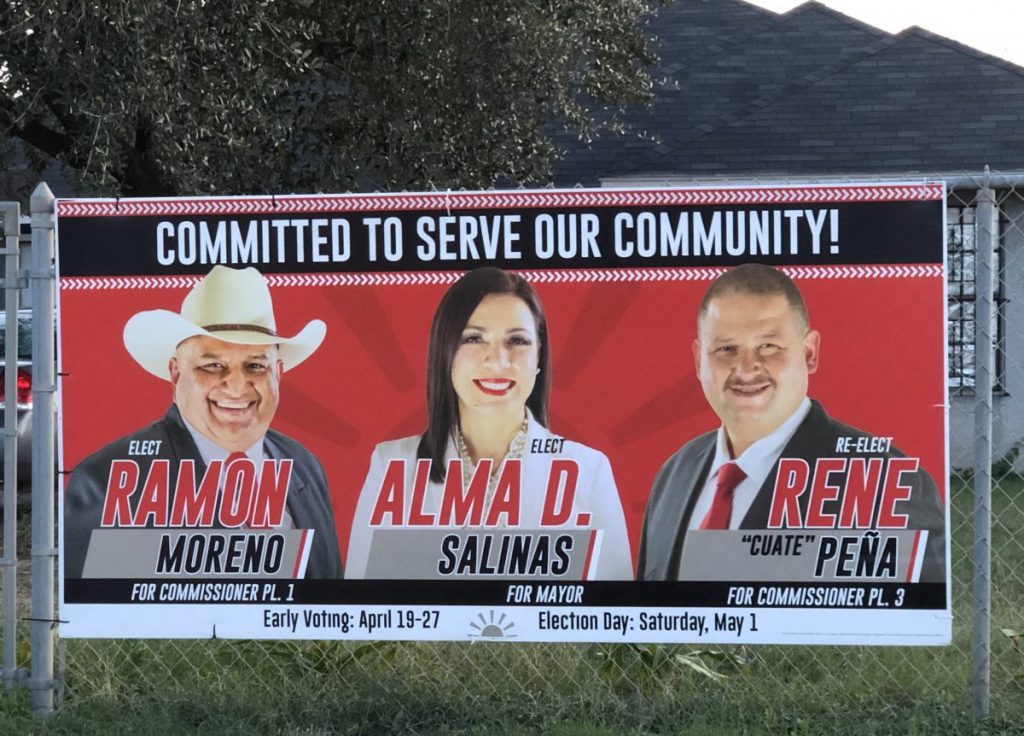 She first thought about running for City Council nearly 20 years ago.

When her son was just a toddler, Alma Salinas said people approached her about running for City Council. At the time, Alma Salinas decided to focus on her family and career instead.

Her son is now in college. Her husband is now president of the school board. And her career with La Joya ISD is drawing to a close.

“To being married to my husband, I got committed. To being a mother, I got committed,” Alma Salinas said. “So now I want to commit myself to our community and to do well for our kids.”

It’s unclear whether or not Sullivan City Mayor Leonel “Leo” Garcia will run for re-election.

On Monday night, Garcia hadn’t filed a ballot application. The deadline is Feb. 12.

“I wish all of the candidates the best of luck,” Garcia said.

Sullivan City canceled the May 2019 election after local power brokers struck a deal that allowed both candidates to run unopposed.

If nobody runs against Alma Salinas and her slate, Sullivan City would cancel the election and she would become mayor in May.

For now, though, she’s campaigning hard.

Signs with the slogan “Committed to Serve Our Community!” are plastered on fences across town. On Tuesday, she went to Palmview to pose for photos with members of the City Council.

Oscar “Coach” Salinas will be her biggest — and perhaps most important — supporter.

“Since 2007, she’s always been there for me,” Oscar “Coach” Salinas said. “She was sought out by the group, the Sullivan group, a long time ago. Even before I was. Due to school, working, going to university, she had been putting it away. Even a couple of years ago, when it came up, they were wanting to have her run. But I was coming up for re-election again. She still had some things to do. Our son was just graduating from high school.”

After their son was accepted to the University of Texas at Austin, people approached her again. Alma Salinas agreed to run.

“It was her decision. And I’m just backing her up,” said Oscar “Coach” Salinas. “Just like she’s backed me up all those years.”