On Tuesday evening, the Alton City Council held a short meeting concerning approval for agendas relating to the May 2021 General Election and an update to the Mayoral Declaration of Local State of Disaster.

Alton City Mayor Salvador Vela opened the meeting with the first agenda, which concerned the certification of the unopposed candidates for the General Election on May 1, 2021. It was approved 4-0.

“As previously stated, the incumbents were unopposed,” said City Secretary Baudelia Rojas. “This ordinance is canceling the May 1, 2021 election.”

It was approved 4-0, with notice that copies of the Order of Cancellation, per Section 2.053 (a) of the Texas Election Code will be present at poll locations on Election Day, Commissioner Richard Arevalo was not in attendance.

“What the grant does, if we do get it, [will allow us] to hire six firefighters,” said Fire Chief Garcia.

“That sounds great,” said Mayor Vela before questioning if it would be worth pursuing due to affordability.

“Right now, Mayor, that would be a tough one,” said Alton City Manager Jeff Underwood. “But again, this would essentially be in 2025. If we look forward to it that way, the way our city is growing, six more firefighters is exactly what we would be looking for.”

After careful consideration and mutual agreement, it was approved 4-0.

Lastly, the city commission discussed the changes made to the Mayoral Declaration of Local State of Disaster due to the public health emergency.

“It’s just a couple of changes here,” said Underwood. “With the hospitalization rate dropping in Hidalgo County, the Judge has changed the capacity of establishments from fifty to seventy-five percent.”

The other change was about the date, which the commission will coincide with their next meeting on March 9. Both changes were approved 4-0.

Before closing Tuesday’s meeting, members of the Alton City Commission spoke of their gratitude for the community when revisiting their Sunday Food Drive. A total of 30 volunteers donated their time to help with the cause.

Mayor Pro Tem Arturo Galvan Jr. said that it was a great turnout despite not attending.

“I know my family volunteered on my behalf. My heart was there, and it was a great blessing for the citizens of Alton in [a] time of need,” said Galvan.

“Very thankful that everybody was able to come together and help out,” said Garza. “It was a great event for the people who really needed it.”

Mayor Vela adjourned the meeting after sharing a few words with the commission.

“Continue working together for the betterment of the community. May God bless you all.” 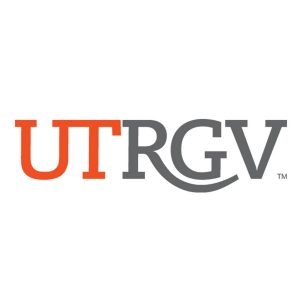