Mission Mayor Armando “Doc” O’caña briefed McAllen and Hidalgo on the Madero bridge Monday — and asked them to bless the project.

They didn’t exactly provide a ringing endorsement. But they didn’t say “no” either.

O’caña briefed officials from McAllen and Hidalgo during a meeting Monday afternoon at McAllen City Hall, where they met to discuss the Anzalduas bridge. 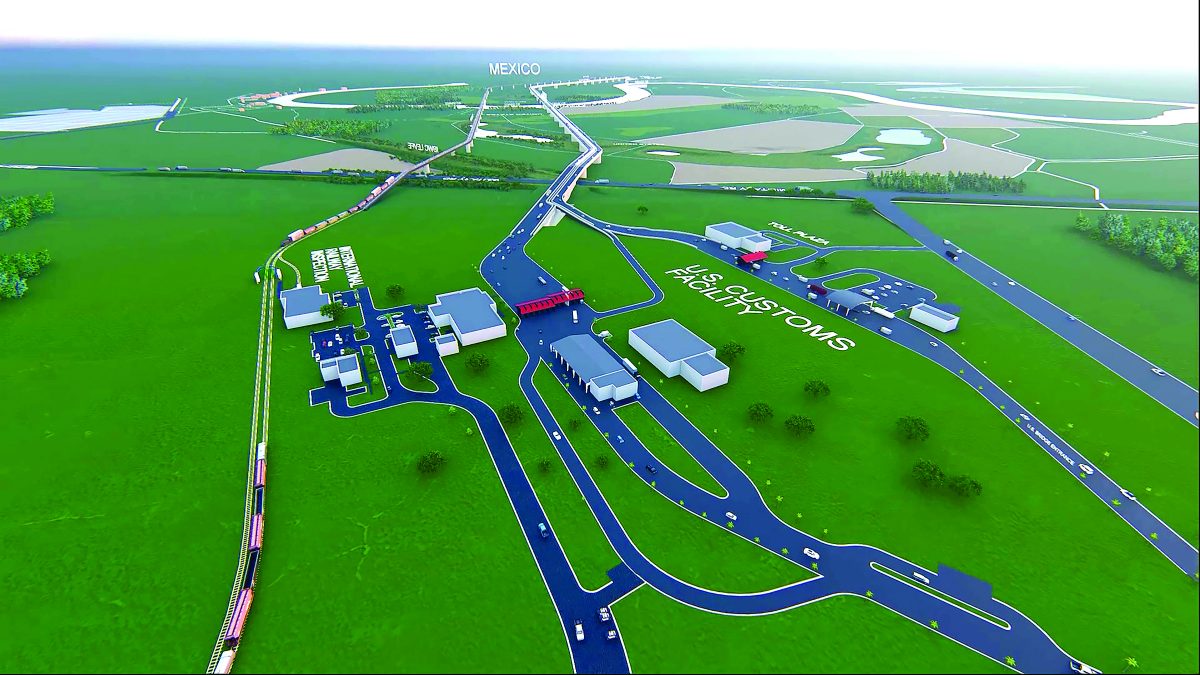 “A rendering of the Madero bridge. Image courtesy of the city of Mission.”

McAllen, Mission and Hidalgo co-own the Anzalduas bridge, which links Mission with the west side of Reynosa. O’caña, however, wants to build another bridge just a few miles away at Madero.

The new bridge would connect Mission and Monterrey by railroad, creating new opportunities for travel and trade. It would also include a five-lane bridge for passenger cars and pedestrians.

Construction would start in 2025, according to O’caña, and the bridge would open for business in 2027.

“The Mission-Madero-Reynosa bridge is expected to be the busiest vehicular and rail and border crossing between Brownsville and Laredo, Texas,” according to a promotional video O’caña showed the bridge board. “And is going to be vital to the economies of Texas, the United States, and it will be the gateway to the world.”

The project is a top priority for O’caña.

Basic questions about the Madero bridge, including how Mission would pay for the project, remain unanswered. 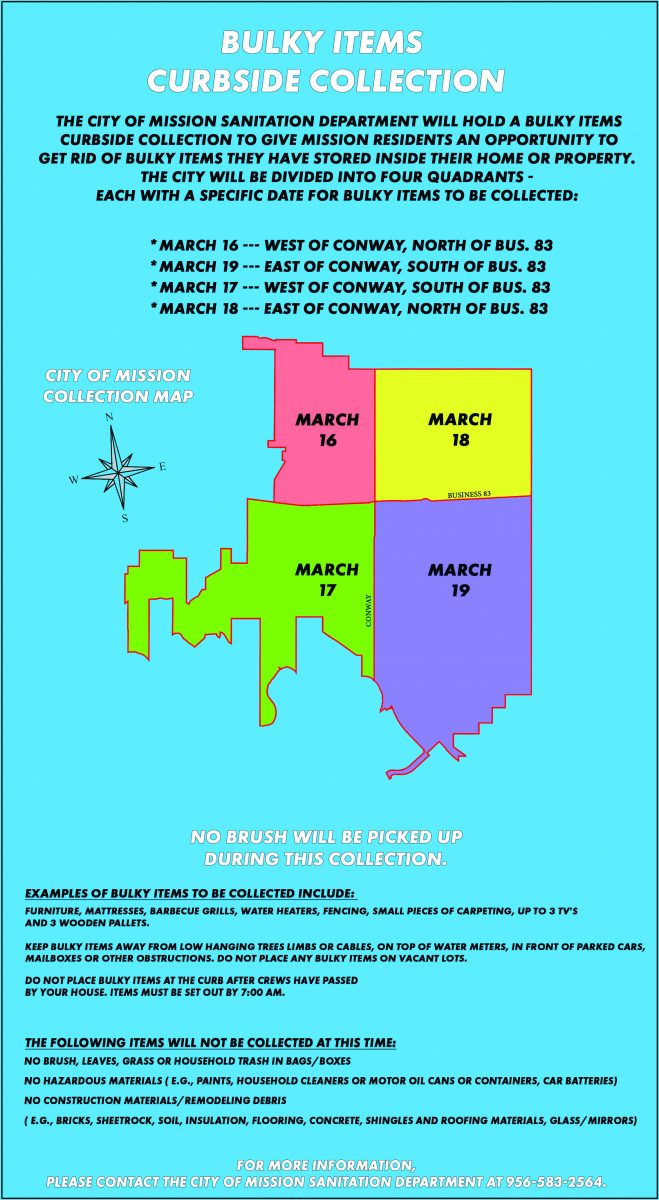 In January 2019, a feasibility study conducted by S&B Infrastructure recommended delaying the project.

“If the Anzalduas International Bridge is fully commercialized by the opening year of the project in 2025, and assuming a 2% annual traffic growth, it will reach the full capacity by 2034, at which time the proposed international border crossing project will be needed to provide relief to the Anzalduas International Bridge,” according to the feasbility study. “By this point, the Mission/Madero-Reynosa will be a reasonable alternative to expanding the regional capacity of commercial vehicle expansion will be the most logical progression of local infrastructure.”

Delaying the project from 2025 to 2032 would significantly reduce the financial risk, according to the feasibility study. Even with the delay, the bridge would be saddled with debt for more than 30 years.

“Based on that, how do you reconcile the fact that the study showed 2032 and we’re saying that the bridge is going to be built in 2027,” Rodriguez said. “Because my concern is: If we get ahead of when that bridge is necessary, that means that we’re taking traffic from Anzalduas.”

O’caña said the current plan for the Madero bridge, unlike the 2019 plan, doesn’t include commercial trucks, which will reduce competition with Anzalduas.

In 2032, when international bridges between Laredo and Brownsville are “fully saturated,” Mission wants to be ready, O’caña said.

“So that’s why we said: ‘Why do we want to wait until 2032 to start building when it’s going to be fully saturated and the need is going to be established?’” O’caña said. Mission also would check with Anzalduas before allowing passenger cars to cross the Madero bridge.

Without trucks or cars, though, railroad crossings would be the only significant source of revenue for the Madero bridge.

“It’s my understanding, at least in Brownsville, which is a rail crossing, that the city doesn’t receive significant, if any, tolls for the rail,” said McAllen Mayor Jim Darling, adding that economic development seemed to be the primary benefit.

“Our research indicates totally the opposite,” O’caña said before getting up to whisper in Darling’s ear. “And for the record-”

Nobody but Darling heard what O’caña said next.

O’caña declined to share that information with the full bridge board.

“I’m not going to release the public information on it because we’re not sure,” O’caña said. “We’re not sure on the data.”