The La Joya school board plans to study the costs and benefits of installing ultraviolet disinfection technology in school ventilation systems.

During a school board meeting on Wednesday, trustees authorized Indiana-based Performance Services Inc. to conduct a feasibility study on “clean technology,” including ultraviolet disinfection systems that kill viruses and bacteria.

The “clean technology” may become the third major contract between Performance Services and the La Joya Independent School District. 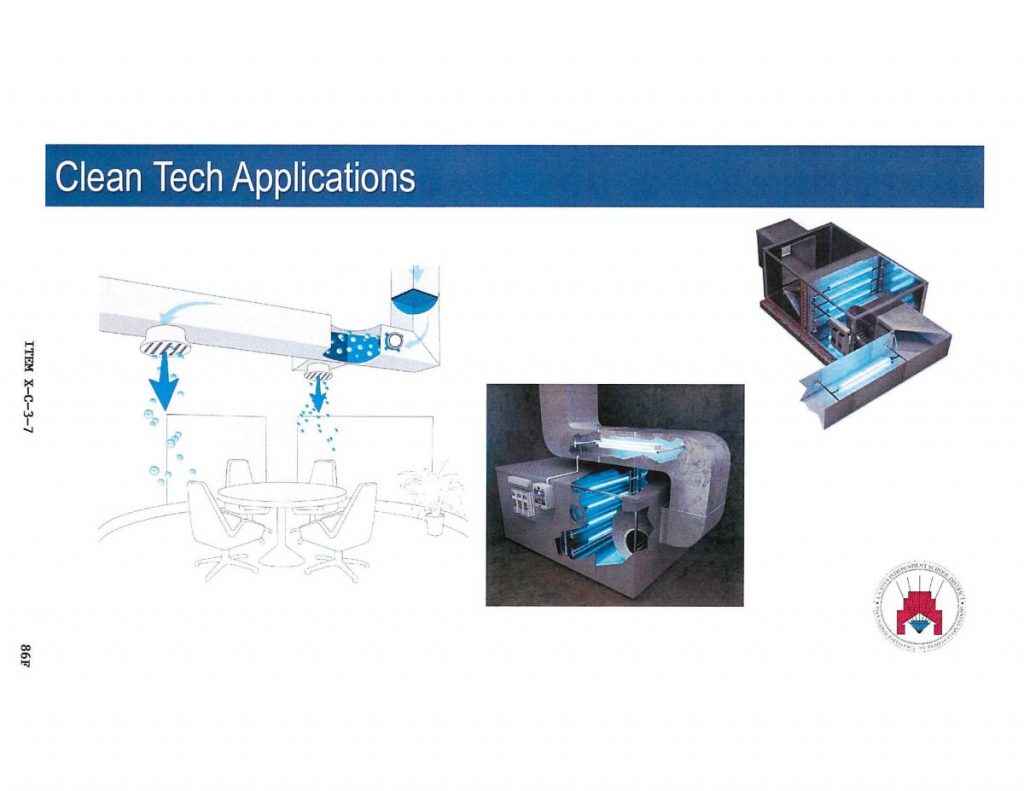 The Texas Government Code treats performance contracts like design-build construction projects, where the contractor assumes the risk that a project will exceed budget or encounter unforeseen problems. To compensate for the additional risk, contractors typically build higher profit margins into their proposals.

The company promised the projects would pay for themselves. If they didn’t, Performance Services agreed to cover the difference.

After the feasibility study is completed, La Joya ISD could approve a third contract with Performance Services for ultraviolet disinfection technology.

Documents provided to the school board on Wednesday afternoon tout the health and educational benefits of better ventilation.

“As mold and bacteria become problems of yesteryear, you immediately benefit from improved air quality,” according to the documents, which cite research from the Harvard T.H. Chan School of Public Health.

Performance Services didn’t provide the school board with any information about the potential costs of ultraviolet disinfection technology or vendors that sell the equipment.

Salinas, the school board president, said trustees would make a decision after reviewing the feasibility study.